Jeffrey Miron
|
Posted: Jun 09, 2018 12:01 AM
Share   Tweet
The opinions expressed by columnists are their own and do not necessarily represent the views of Townhall.com. 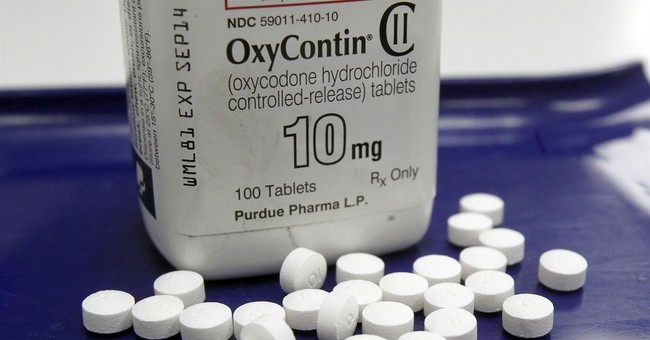 This week the Trump White House unveiled its highly-anticipated advertising campaign that aims to reduce opioid overdose deaths in the United States. According to the administration, these commercial - which depict anecdotal stories of drug users intentionally harming themselves to acquire more prescription opioids—are an attempt to “shock the conscience” of the American people, specifically youth, and steer them away from opioid use.

But while anti-drug media campaigns are a perennial favorite of politicians, little evidence suggests this advertising has any significant effect in reducing drug use.

Indeed, the Trump Administration is not the first to utilize advertising and public service announcements in an effort to curb drug use. Most notable was the Reagan Administration’s “Just Say No” campaign, which employed widespread advertising and outreach to discourage drug use among children. Since then, several federally funded ad campaigns have pursued this cause, including the 1998 National Youth Anti-Drug Media Campaign, which targeted marijuana use by teens.

The results are disappointing, at best. According to an evaluation of the National Youth Anti-Drug Media Campaign, this program failed to affect teen attitudes toward marijuana. In fact, “more ad exposure predicted less intention to avoid marijuana use…and weaker antidrug social norms.” Thus the campaign may have undermined its goal of steering American youth away from drugs.

Similarly, a 2015 review of 19 studies analyzing anti-drug media campaigns found only mixed evidence of positive impacts. Of the programs reviewed, only four seemed to reduce use, while eight had no effect and two seemed to increase use. The review cautions that, “[c]ontrary to common belief, antidrug media campaigns may be damaging.” A plausible explanation is that advertisements imply that drug use is common. Robert Hornik finds that “more ad exposure was associated with the belief that other youths were marijuana users, and this belief was predictive of subsequent initiation of marijuana use.”

And these campaigns are not free. The National Youth Anti-Drug Media Campaign, which ran between 1998 and 2004, cost an estimated $1.2 billion. The cost of President Trump’s anti-opioid campaign is not yet known, but The Hill has reported that “likely millions of dollars would need to be behind a national media blitz.” This for an initiative shown in analogous cases to have negligible or even perverse effects.

Perhaps in response to these concerns, the administration emphasizes that anti-opioid advertisements are only part of its efforts to curb opioid use. Indeed, President Trump’s plan to reduce overdoses includes several interventions, including the death penalty for drug dealers, tougher immigration restrictions, and greater restrictions on legal opioid prescriptions.

All these policies are misguided, but tighter restrictions on the amount of prescriptions doctors can issue are especially concerning.  The DEA has proposed limiting opioid production in the United States by 20% over the course of this year, which will harm patients who need opioids for medical reasons. As Diederik Lohman, Director of Health and Human Rights for Human Rights Watch told the Pain News Network that without access to these drugs, people face “tremendous suffering that actually could be relieved pretty easily through very inexpensive palliative care and pain management.”

Worse, restrictions on opioid prescriptions push those who want opioids, for whatever reason, to the black market, where the risks of opioids are far greater due to lack of information about potency. Since federally inspired crackdowns on prescriptions began in 2010, overdoses have risen even faster as consumers substitute their prescriptions with heroin, often laced with even more potent fentanyl. Contrary to the claim that prescribing causes overdoses, the evidence shows that limits on access to opioid prescriptions generate overdoses.

The White House’s anti-opioid advertisements represent the reprisal of a failed approach to drug policy. Likewise, past attempts to double down on prohibition have only made drug use more dangerous, while also fostering crime and corruption. If President Trump truly wishes to reduce overdose deaths, he should look away from the television camera and towards the harmful effects of his own restrictions on prescribing.