Oprah for President — or for Queen?

Jeff Jacoby
|
Posted: Jan 15, 2018 12:18 PM
Share   Tweet
The opinions expressed by columnists are their own and do not necessarily represent the views of Townhall.com. 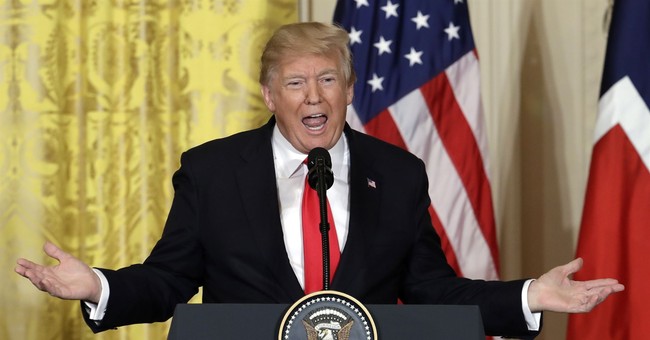 OPRAH WINFREY'S SPEECH at the Golden Globes last Sunday set off a gusher of giddy speculation that the much-loved TV host could be a Democratic contender for president in 2020, and if the idea of electing to the White House a celebrity billionaire with no political experience or public-policy expertise might have seemed like crazy talk not all that long ago — well, after the 2016 election cycle, who would be so foolhardy as to rule out Oprah's chances?

With the next election nearly three years away, it's hard to believe that any sensible American — a category that excludes political junkies and media pundits — already has an appetite for dissecting the pros and cons of potential 2020 contestants. But perhaps, as Bloomberg's Virginia Postrel suggests, the Oprah-for-president hoopla has nothing to do with public interest in the election of America's chief executive — its head of government. Perhaps what really explains the whirl of excitement triggered by her speech (and not only among Democrats) is a fascination with designating America's preeminent citizen — its head of state.

Among the world's leading nations, only the United States doesn't separate the roles of head of government and head of state. The framers of the Constitution combined the two. The president is expected to carry out not only substantive executive responsibilities — crafting foreign and domestic policy, proposing budgets and legislation, appointing judges, overseeing the military — but also symbolic and ceremonial ones: delivering an inaugural address, throwing the first pitch on Opening Day, leading the nation in mourning when tragedy strikes.

For 225 years, Americans have accepted this duality. But Donald Trump's presidency, writes Postrel, shows that "uniting the executive and ceremonial roles in a single office" is actually "a great flaw in the US system." Her argument is that Trump has no knack for his job's head-of-state aspect. He cannot bring himself to transcend political animosities or quit throwing elbows. What for Oprah comes naturally — an ability to inspire and bring together Americans of every stripe — is conspicuously missing from Trump's skill set. From his gloomy inaugural address to his boycott of the Kennedy Center honors to his egregiously inappropriate remarks at the National Boy Scout Jamboree, the president has again and again abdicated his duties as head of state.

Trump notwithstanding, is Postrel right to see the dual function of the president as a "great flaw" in the constitutional framework?

America's founders, who fought for independence against what they deemed the "absolute tyranny" of George III, never seriously considered creating an American monarch. Yet monarchy has its advantages. There are many free and democratic countries — Britain, Japan, Spain, Denmark — in which the head of state is a king or emperor, who represents the nation as a whole while scrupulously steering clear of politics and policy. In other countries, such as India and Israel, the head of state is an appointed president. The messier job of governing is entrusted to a prime minister, who exercises hard power and competes in partisan elections. It's not a bad model, and Postrel isn't the first to think America would be better off with a nonpolitical head of state.

In a 2014 essay titled "America Needs a King," Michael Auslin, a historian and political scholar at the American Enterprise Institute, argued that the "relentless animosity" of contemporary American life makes the existing setup unsustainable. With politics grown so bitter and public discourse so shrill, no president can unite the country or command broad-based respect. If Trump is loathed by a wide swath of the public, so too were Barack Obama and George W. Bush. The drafters of the Constitution in 1787, Auslin wrote in another article, could not have imagined the immense expansion of presidential authority the next two centuries would bring. That vast escalation of power helps explain why presidents today are so intensely polarizing — worshiped by their admirers or hated by their opponents — and why it is hopeless to imagine that any president can effectively "preside over the national ceremonies that are meant to bring us together."

That strikes me as an argument for reducing the scope of federal power and dismantling the cult of the presidency, not for creating a nonpartisan American monarch (or "First Citizen," as Auslin labels it). In any case, presidents have always generated fury and controversy. What partisans of John Adams and Thomas Jefferson said about each other was no less vituperative than the venom exchanged by Trump's backers and Hillary Clinton's. Even legendary presidents were denounced in the most intemperate, hateful terms.

From the outset, the dichotomy between head of state and head of government has been a balancing act. Some presidents have managed it well, others not so well. George Washington brilliantly met the job's symbolic demands; John Adams, though one of the greatest of the Founders, struggled with them. Two centuries later, Jimmy Carter — aiming for a show of humbleness to distinguish himself from Nixon-era grandiosity — came to be seen as small, weak, and graceless. Ronald Reagan, by contrast, had such a genius for the aura of the presidency that he was called the Great Communicator. "Americans heard for years that the presidency had grown too complex for one person to manage," Time magazine wrote in 1986. Yet "Reagan has reasserted the force of individual leadership."

Ultimately every administration rises or falls on the strength of such individual leadership. There is nothing inherently wrong with the office of the president, certainly nothing that can be fixed with an American king (or queen). The remedy for a flailing presidency is a better president, and the way to get better presidents is to elect them. When the voters blunder, the Founders aren't to blame.