Jeff Jacoby
|
Posted: Nov 09, 2016 12:25 PM
Share   Tweet
The opinions expressed by columnists are their own and do not necessarily represent the views of Townhall.com. 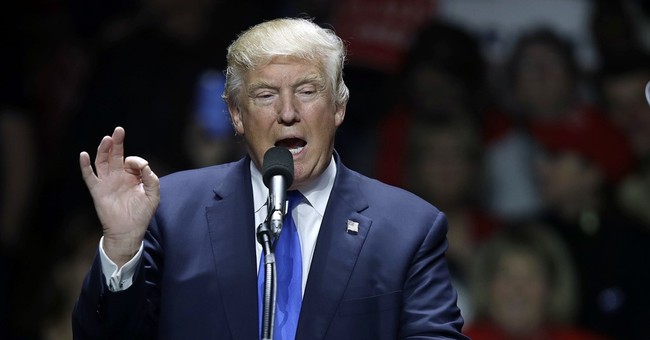 At deadline, the presidential race hadn't been definitively called for Donald Trump or Hillary Clinton, but it was clear that Trump had once again turned conventional wisdom on its head and smashed it. Heading into Election Day, Clinton had seemed poised to finally break what she kept calling that "highest, hardest glass ceiling." By the wee hours of Wednesday morning, it had become even more likely that Trump was about to make history instead.

There is no underestimating the seismic shock of a Trump victory, or the sickening feeling it engenders in scores of millions of Americans. For scores of millions of other Americans, a Clinton victory would be just as nauseating. This election, the most polarizing and anguish-filled in memory, was always destined to end with an immense swath of the nation horrified by the outcome. As a voter who was adamantly #NeverTrump and #NeverClinton all along — I cast my ballot on Tuesday for Libertarian Gary Johnson — the only thing I looked forward to was the defeat of one of the two most execrable nominees in my lifetime.

I have hated everything about this election, but I won't be one of those zealots who refuse to accept the legitimacy of a duly elected president. Watching the inauguration of Trump or Clinton will be grim. But whoever takes the oath of office will be my president, too. And I pray that new president, against all odds, will prove worthy of the office, and govern with wisdom and humility.

Yet even if the next commander-in-chief turns out to be as awful as many of us expect, I'm quite sure the republic will survive.

In recent weeks, Trump warned that "the survival of our nation" was riding on his election; Clinton claimed to be "the last thing standing between you and the apocalypse." Countless Americans believed one or the other. This morning their dread is almost palpable.

But the United States has endured far more dire threats than the election of an unsuitable president, from a bloody civil war to the Great Depression to the race riots and assassinations of 1968. We got through them all without turning into a dictatorship. We'll get through the administration of the 45th president.

It would take an across-the-board abdication of entrenched constitutional prerogatives for any American president, even the most popular and brilliant, to establish a dictatorship. Fortunately, the next president, far from popular, will be one of the least liked, least trusted ever. That portends a presidency on a very short leash: no long honeymoon, no compelling mandate. Indeed, the inauguration of a president so loathed by so many may offer the chance to finally peel away some of the imperial trappings of the modern presidency.

Election 2016 ends with a wretched president-elect. But don't panic. It's a presidential election, not Armageddon.