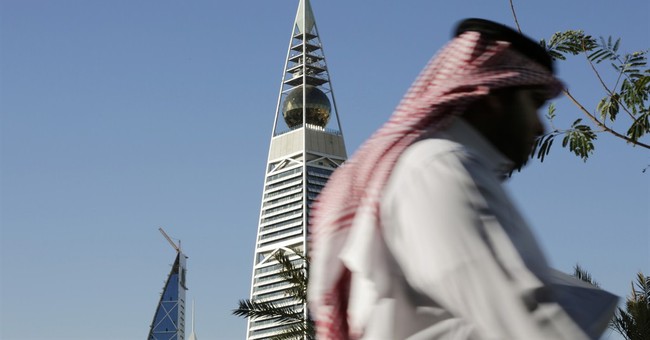 ON JAN. 9, the government of Saudi Arabia publicly whipped a liberal Muslim writer, Raif Badawi, flogging him 50 times outside a mosque in Jeddah. It was the first installment of the 1,000 lashes to which Badawi had been sentenced — in addition to 10 years in prison and a fine of more than $250,000 — for the crime of "insulting Islam" on his former website, the Saudi Free Liberals Forum.

Two days later, following the Charlie Hebdo massacre, the Saudi ambassador to France joined in the great Paris solidarity march in defense of freedom of expression.

Such hypocrisy was more than seven members of the United States Commission on International Religious Freedom could abide. The commission — an independent, bipartisan federal agency — had several times expressed concern about the persecution of Badawi; it denounced his lashing as "a cruel and barbaric act" inflicted "for nothing more than creating an online forum for diverse views to be expressed freely." Last week, writing in their individual capacities to the Saudi embassy in Washington, the seven commissioners drew attention to the glaring inconsistency between Saudi Arabia's public show of support for civil liberties in France and its brutal denial of those very liberties in Badawi's case.

Then, in a powerful demonstration of genuine solidarity, they offered to share personally in his flogging.

"If your government will not remit the punishment of Raif Badawi, we respectfully ask that you permit each of us to take 100 of the lashes that would be given to him," they wrote. "We would rather share in his victimization than stand by and watch him being cruelly tortured."

The signatories are as intellectually distinguished as they are religiously and politically diverse. They include Mary Ann Glendon, a Harvard law professor and former ambassador to the Vatican; Zuhdi Jasser, a physician and founder of the American Islamic Forum for Democracy; Robert George, a notable public scholar and professor of jurisprudence at Princeton University; and Eric Schwartz, a former assistant secretary of state who is now dean of the University of Minnesota's school of public affairs. Another commissioner, Daniel I. Mark, is a political scientist at Villanova University; Hannah Rosenthal is president of the Milwaukee Jewish Federation; and Katrina Lantos Swett, the commission chairman, heads an international human-rights foundation.

Of course, the chances are nil that the Saudis will agree to administer lashes to prominent American thinkers and social activists. But that doesn't make the commissioners' willingness to share in Badawi's suffering insincere. "If you're a serious religious person, you don't make such an offer unless you're prepared to carry it out," George told me. The same conviction was expressed by Mark, who in a blog post titled "#IAmRaif" wrote that he had been thinking hard about "what it means to sacrifice for others, to go to the Cross, as some might say, in the fight for justice."

Vocal appeals in support of Badawi have come not just from the American commissioners, but also from Nobel laureates, from Amnesty International, from members of Congress, and from PEN, the international writers' organization. But from the president of the United States there has so far been only silence.

President Obama cut short his state visit to India this week so he could travel to Saudi Arabia to pay his respects to the deceased King Abdullah. Yet "the Saudi who should be on the president's mind and heart right now," George insists emphatically, "is not Abdullah, it is Raif Badawi — the brutalized freedom advocate who has become the living symbol of the oppression practiced by Saudi Arabia's rulers."

Obama's silence is a source of particular distress to Jasser, a faithful Muslim who since 9/11 has made opposition to radical Islam his life's mission. "Everybody asks why more moderate Muslims don't speak out against the poison of Islamism," Jasser said by phone the other day. "Well, Badawi's ordeal is a clinic in what happens when they do." It would so hearten reformers and moderates within Islam, he says, if the president would publicly express concern for liberals like Badawi — the way Ronald Reagan made a point of mentioning Soviet refuseniks like Natan Sharansky by name.

Realpolitik may require an ongoing US relationship with the Saudis. But Americans are not obliged to pretend that Saudi Arabia — where liberals are whipped, dissidents are tortured, and jihadists are incubated — isn't one of the world's leading producers of intolerance and fanaticism. Badawi and others like him are the antidote to those toxins. They need all the solidarity we can give them.