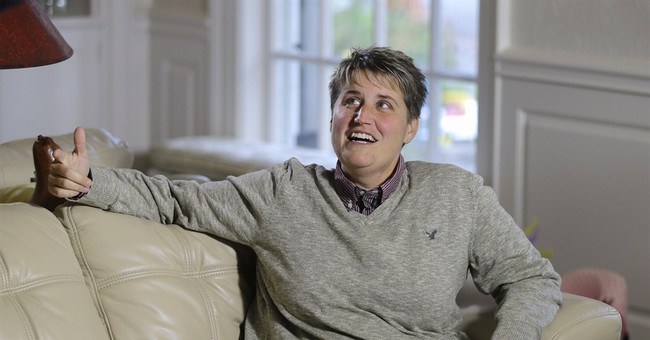 Jennifer Cramblett of Uniontown, Ohio, is the mother of an adorable 2-year-old girl named Payton, whom she and her partner call a "dream come true" and love with all their heart. "She's made us the people that we are," Cramblett says. "Never trade it for the world."

If that's the case, Payton will doubtless wonder once she's old enough to Google her own name, why did Cramblett sue the Chicago-area sperm bank that enabled her to get pregnant with her wonderful daughter? Why did she demand tens of thousands of dollars as compensation for breach of warranty and for what the lawsuit calls Payton's "wrongful birth?"

The answer, Cramblett and her lawyers have claimed in televised interviews, has nothing to do with Payton, and everything to do with punishing the sperm bank for a careless mix-up: It supplied vials of sperm from Donor No. 330, when Cramblett had selected Donor No. 380. When Cramblett tried to untangle the matter with the sperm bank, she says, the receptionist was rude and hung up on her.

"I am happy that I have a healthy child," Cramblett told NBC. "But I'm not going to let them get away with not being held accountable."

But Cramblett's suit against Midwest Sperm Bank hasn't become a cause célèbre because of a customer service issue. It ignited a furor because of race. Cramblett was inseminated with the sperm of a black man, instead of the blonde-haired, blue-eyed white man she and her partner had picked from the sperm bank's catalogue of donors. Which means that Payton is biracial — or to use Cramblett's phrase, "obviously mixed race." Hence the lawsuit, and the demand for at least $50,000 in damages. After all, the Ohio couple wasn't expecting to have to raise a child with skin darker than theirs.

Did somebody say racist?

No, no, no, Cramblett insists, this isn't about race at all. "For people to think I don't want this child because of her skin tone is just not the case," she assured Huffington Post. And when Payton is older, she'll understand that "the lawsuit was about a company that had to make changes and give us compensation so that we can go through counseling and learn how to love each other even more."

Sure she will. Because parents who adore their children as a "dream come true" and wouldn't trade them "for the world" always file wrongful-birth lawsuits. Don't they?

It's hard to decide which is more surreal — the race-obsessed complaint Cramblett filed in Cook County Circuit Court, or her after-the-fact pretense that she isn't making an issue of her daughter's race.

Cramblett wants to be paid handsomely for the "personal injuries, medical expense, pain, suffering, emotional distress, and other economic and non-economic losses" caused by Payton's birth. Those hardships include having white relatives who can be "unconsciously insensitive," and Cramblett's "anxiety" at the prospect of enrolling her daughter in an all-white school. Uniontown — the Akron suburb to which Cramblett relocated with her partner for its good schools — she now regards as "too racially intolerant."

That's not all that Cramblett has found "stressful" about motherhood. "Payton has hair typical of an African American girl," the lawsuit notes. "To get a decent cut, Jennifer must travel to a black neighborhood, far from where she lives, where she is obviously different in appearance, and not overtly welcome."

Well. If that doesn't merit a wrongful-birth lawsuit, what does?

Poor Payton. One day she'll read the court documents in this case, and realize that her mother saw racism everywhere she looked, when the only person flipping out about giving birth to a biracial daughter was Payton's mother herself. When the sperm bank receptionist asked Cramblett whether she had selected an African American donor, the Ohio woman snapped: "No, why would I request that? My partner and I are Caucasian." When she learned that her sperm donor wasn't white after all, she admits, she was filled with "anger, disappointment, and fear."

Midwest Sperm Bank acknowledges its blunder, and it ought to face some legal repercussion for its sloppy record-keeping. But Cramblett could have gotten pregnant by Donor No. 380 and still ended up with a daughter very different from what she expected. Payton could have been born with Down syndrome or deafness; she could have had cystic fibrosis or a congenital heart defect. Then who would her mother be targeting in a lawsuit?

Having a baby isn't like ordering a pair of jeans; you can't return it if isn't to your liking. Anyone who thinks they are entitled to exactly the child they envisioned — and are prepared to fly to court if they don't get it — isn't fit to be a parent. The world is full of people whose conception was in some way unplanned or unexpected. That doesn't make their births wrongful, or a reason to play the race card. For Payton's sake, let's hope her mother figures that out, and soon.