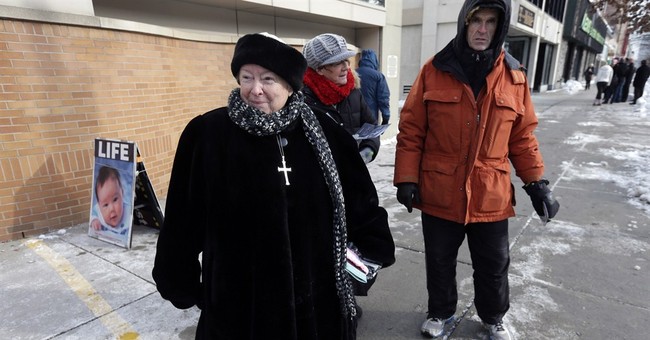 HAD THE Supreme Court struck down the Massachusetts abortion clinic buffer-zone law over a strenuous dissent from the four liberal justices, the truculent reaction from many state politicians — who promptly vowed to find some new restriction that would get around the ruling — might have been easier to justify.

But all nine justices agreed that the Massachusetts law indefensibly violated the First Amendment. Even the court's staunchest defenders of abortion rights — three of them women — had to remind Beacon Hill that citizens have a right to speak on public sidewalks. That's a pretty basic component of American liberty. It would have been reassuring to hear Bay State officials acknowledge as much.

Instead, Attorney General Martha Coakley proclaimed that "this fight is just beginning again" and blamed the 9-0 ruling not on Massachusetts overreach but on a Supreme Court that "from the beginning was hostile." One of the Democrats running to succeed Coakley, prosecutor Maura Healey, declared it "unconscionable" that the justices would "deny a few seconds of privacy to women going to see their doctors." Warren Tolman, another AG hopeful, urged lawmakers to "identify immediate action enforceable by the legislature and by local municipalities" to replace the 35-foot barrier. House Speaker Robert DeLeo and Senate President Therese Murray signaled support for passing a bill before formal legislative sessions end on July 31.

But before rushing to enact another misguided law, Massachusetts politicians might want to reflect on the message at the heart of the court's rebuke: Assuring safe access to clinics is a legitimate and important concern, but it doesn't validate a sweeping deprivation of the free-speech rights of people who pose no safety threat.

"A painted line on the sidewalk is easy to enforce," the court ruled, "but the prime objective of the First Amendment is not efficiency." If troublemakers block the entrance to a clinic, you have every right to stop them. You don't have the right to draw an arbitrary barrier across public sidewalks and used to criminalize peaceful speech or leafleting.

There are far less obnoxious ways to maintain public order than by taking "the extreme step" of a no-free-speech zone. Beacon Hill should have known that, the Supreme Court said. It wasn't a close call.