'Tis Better to Give, But Give Some More 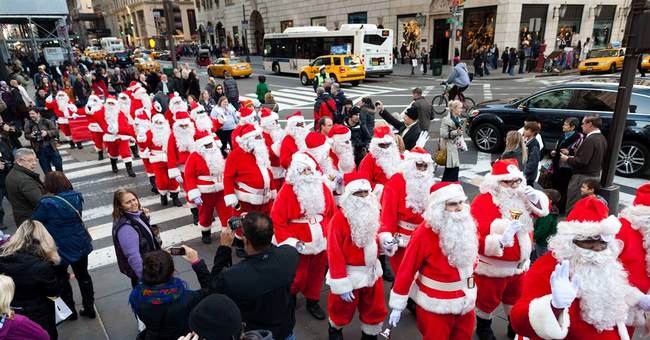 When it comes to charitable giving, America is a world-beater. According to Giving USA, an annual compendium of national data on philanthropy, Americans last year donated

Whether measured per capita or as a share of national wealth, charity in other countries doesn't come close. The extraordinary generosity of ordinary Americans has often been noted. Arthur Brooks, the president of the American Enterprise Institute, calls it the nation's most salient feature. "The truly extraordinary thing about the United States is not how much we produce … nor how much we consume," Brooks wrote in Who Really Cares, his eye-opening 2006 book on the charitable habits of Americans. "Rather, it is how much we give. America is a land of charity."

That's in the aggregate, the view from 35,000 feet. Seen as a whole, Americans are indeed charitable standouts. Not even Canada, so similar to the United States geographically and culturally, shows the same commitment to charity. "Private monetary generosity in Canada is considerably lower than in the United States," noted the Fraser Institute, a leading Canadian think tank, in a report last December. "This generosity gap undoubtedly limits the ability of charities to improve the quality of life in Canada."

But not all Americans donate. There are notable gaps here too. As you'd expect in a country where so many dollars go to charity, there is no shortage of data on where those dollars come from, and what kind of Americans are likeliest to give them. In a recent essay in Philanthropy magazine (the quarterly journal of the Philanthropy Roundtable), Karl Zinsmeister usefully surveys the scholarly research.

American generosity varies by region. Studies by Fraser and the Catalogue of Philanthropy, which use IRS data from itemized income tax returns, show a consistent pattern. "Measured by how much they share out of what they have available, the most generous Americans are not generally those in high-income, urban, liberal states like California or Massachusetts," Zinsmeister writes. "Rather, people living in areas that are more rural, conservative, religious, and moderate in income are our most generous givers."

Similar findings come from studies not based on IRS figures. The Panel Study of Income Dynamics, a longitudinal household survey that has been collecting data continuously since 1968, shows that Americans living in the Mountain states give more than twice as much of their income to charity as residents of New England and the Mid-Atlantic.

Still another approach, which formed the basis of a comprehensive report last year by the Chronicle of Philanthropy, adjusted the data to account for regional differences in the cost of living. But even with allowances for the higher bite taken by housing, food, health care, and taxes, residents of the Northeast gave less of their discretionary income to charity than Americans elsewhere. The Chronicle couldn't avoid an obvious conclusion: "Red states are more generous than blue states."

So are states and cities where religious practice and church attendance are strongest. In the Southern "Bible belt" and areas with large Mormon populations, residents routinely give away more of what they earn. Where religious practice is weakest, charitable giving — even to secular causes — dwindles. No wonder New England is such a laggard.

And yet, New Englanders do know how to give. The same survey that collectively ranks Maine, Massachusetts, Connecticut, New Hampshire, Vermont, and Rhode Island dead last in percentage of income donated to charity also ranks them first in charitable participation — the percentage of residents who donated some amount. "New Englanders reflect, and indeed may lead, the extraordinary American propensity to donate to others," Zinsmeister points out. "They just don't give as much as residents of other regions."

Discussions of charity — who gives, who doesn't — invariably become fodder for the culture wars. Let's face it, an unmistakable aroma of hypocrisy wafts when those who preach a politics of compassion and denounce the greed of their ideological opponents turn out to be bleeding heart tightwads.

But making a political point will never feel as good as making a charitable gift. And there is no better retort to a charge of stinginess than an act of generosity. When it comes to charitable giving, America is a world-beater. So be an American, and give.