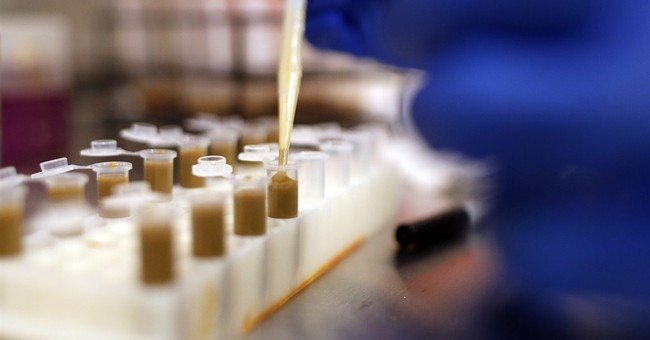 Sales of Incivek, the promising pill introduced by Vertex Pharmaceuticals for treating hepatitis C, are down — way down. The Cambridge biotech company sold just $85.6 million worth of its trailblazing drug in the most recent quarter, a precipitous plunge from the same quarter last year, when sales surpassed more than $250 million.

With its earnings, share price, and near-term prospects falling, Vertex announced last week that it was laying off 370 employees, or roughly one-sixth of its workforce. Approximately half of those layoffs will be in Massachusetts. That means that Vertex has failed to create the 500 net new jobs through 2015 that it promised in order to qualify for up to $72 million in state and local subsidies. So far the company has received $4.4 million in tax incentives from the state; to its credit, it has said it will pay the money back without waiting to see if the state enforces a clawback provision.

Vertex was supposed to be a shining vindication of Governor Deval Patrick's billion-dollar biotech gamble. By using public funds to make large wagers on private companies, Patrick said, Beacon Hill could entice firms like Vertex to flourish in Massachusetts, generating 250,000 jobs in the life sciences industry over a decade. Patrick seemed to have little doubt that state officials had a knack for picking winners; he encouraged the Legislature to bet big "for the sake of our future — and because you hate to lose as much as I do."

But losing and gambling go hand in hand, and using taxpayers' dollars to bet on company X or industry Y is irresponsible public policy — as irresponsible as it would be to "invest" those dollars at the blackjack table, no matter how convinced government officials were that their betting system was sure to win. "Failure is the name of the game in biopharma," analyst Michael Ringel of the Boston Consulting Group told the Boston Globe's Robert Weisman the other day. It's often the name of the game in every field of commerce. For every winner in the marketplace there are plenty of losers; for every thriving, job-creating enterprise, there are all the start-ups that didn't make it.

No one has more at stake in the success of a company than its own entrepreneurs and founders, and yet — as the daunting business failure rates confirm — they so often make poor choices, pursue flawed strategies, and misjudge market opportunities. Why would anyone be foolish enough to think that politicians are somehow wise enough to know which businesses are destined for glory? Vertex didn't realize how quickly new treatments for hepatitis C would emerge to send sales of Incivek into a tailspin. But it should have been obvious all along that Beacon Hill certainly didn't know where the market was heading, or whether funneling millions in tax breaks to a particular drug company would lead to the results the administration predicted.

Vertex, at least, learns from its mistakes: It is now attempting to shift its focus from hepatitis C to developing treatments for cystic fibrosis. Can't the Commonwealth of Massachusetts learn from its own mistakes? Time and again the state doles out subsidies and incentives and tax credits to favored industries and corporations, and time and again all that corporate welfare fails to generate the promised jobs and economic growth.

Another such recipient is Intel Corp. The computer-chip giant has banked some $82 million in Massachusetts tax breaks since 1999, in exchange for a commitment to employ 2,000 workers at its facility in Hudson. But Intel has sliced more than 600 jobs from its Hudson payroll in recent years, and in September it announced plans to eliminate another 700 positions when it shuts its only Massachusetts factory next year.

Yes, that's a fact of life. An equally important fact of life is that governors and their development chiefs — and, for that matter, mayors and presidents and lawmakers — have no way of knowing in advance which companies will succeed and which will fall short. If tax relief is good for growth, it should be available to all. But when politicians steer lucrative tax incentives and subsidies to individual businesses, they are gambling with public funds, which could have gone to more pressing — and legitimate — public services. That isn't good economic stewardship. It's a ripoff, and it ought to end.