Shaking the House that Assad Built

Jeff Jacoby  |  Mar 30, 2011
The opinions expressed by columnists are their own and do not necessarily represent the views of Townhall.com.
Top Columns
Trending on Townhall Media 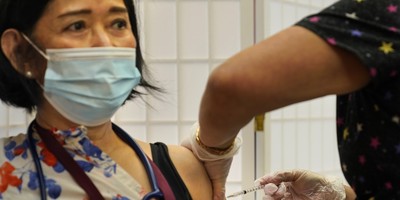 If the United States has good reason to support the popular revolt in Libya -- and President Obama argued Monday night that there is "an important strategic interest in preventing [Moammar] Qaddafi from overrunning those who oppose him" -- it has considerably more reason to do so in Syria. If it made sense to speed the departure of Egyptian ruler Hosni Mubarak, accelerating the fall of Syria's Bashar al-Assad should be an even higher priority. If North Africa was improved when the people of Tunisia threw off their dictator, the entire Arab world would be a healthier place if a Syrian uprising toppled Assad.

So why doesn't Washington say so?

Of all the waves of protest to wash over the Middle East in recent months, none has come as a greater surprise -- and none should be more welcome -- than the turbulence in Syria. Forty years under the fearsome rule of the Assad clan were supposed to have crushed the Syrians' will to resist. Though Bashar's brutality has not yet exceeded that of his father -- in 1982 Hafez al-Assad annihilated some 25,000 civilians in the city of Hama, then literally paved over their remains -- his own reign has nevertheless been a horror-show of repression, torture, assassination, disappearances, and the near-total denial of civil and political liberties.

The result of all this was said to be a population too intimidated to make trouble. "Unlike in Tunisia and Egypt," explained an article in Foreign Affairs this month, "the regime and its loyal forces have been able to deter all but the most resolute and fearless oppositional activists." Consequently, the current upwelling of protest would "largely pass Syria by."

That essay, "The Sturdy House That Assad Built," appeared on March 7. Yet in the weeks since, thousands of Syrians have taken to the streets -- from Daraa in the south to the Latakia on the Mediterranean, and even in Damascus and Aleppo -- to cry out for freedom and reform. The dictator's troops have killed scores of protesters -- more than 150, according to some accounts. In the town of Sanamin, witnesses told Al Jazeera of seeing 20 peaceful demonstrators gunned down in under 15 minutes.

Far from stifling dissent, however, the regime's thuggishness has only aroused more of it. On Facebook, an Arabic-language page titled "Syrian Revolution Against Bashar al-Assad" has drawn nearly 100,000 supporters. Yesterday, the Syrian cabinet resigned. The House That Assad Built may not be so sturdy after all.

At a moment like this, the Obama administration should be taking every reasonable step to encourage the Syrian uprising and undermine the regime. In his remarks on Libya the other night, the president cheered "the fact that history is on the move in the Middle East and North Africa," and promised (in words reminiscent of his predecessor) that "wherever people long to be free, they will find a friend in the United States."

If Obama is serious, why has there been no White House denunciation of the murder of protesters by Syrian security forces? Why haven't US officials publicly exhorted the Security Council and the Arab League to take as strong a stand against Assad as they did against Qaddafi? Why hasn't the president ordered Ambassador Robert Ford, the new US envoy to Syria, to demonstrate American solidarity with the demonstrators by traveling to Daraa, where dozens of them have been killed, and demanding an international investigation?

Rather than intensify the pressure on a regime that is every bit as odious as Qaddafi's, and that arguably has more American blood on its hands that any other government in the Arab world, the Obama administration is bending over backward to reassure Assad. On the Sunday talk shows, Secretary of State Hillary Clinton actually gave Assad her seal of approval. "Members of Congress of both parties who have gone to Syria in recent months have said they believe he's a reformer," she said. Reformer! Her characterization would be hilarious if it weren't so sickeningly perverse.

Assad is no reformer. He is a totalitarian criminal and an enemy of the United States, and his downfall should be an explicit American aim. Surely we owe the tens of thousands of Syrians bravely confronting their vicious government at least the same encouragement we gave Mubarak's opponents in Egypt. All Americans, from the White House down, should be cheering as Syria's people shake the House That Assad Built. Nothing could be more salutary than to see that awful, bloodstained dungeon come tumbling down at last.