Possible Common Ground with Liberals? 40 Issues of the Day

Jeff Davidson
|
Posted: Feb 21, 2021 12:01 AM
Share   Tweet
The opinions expressed by columnists are their own and do not necessarily represent the views of Townhall.com. 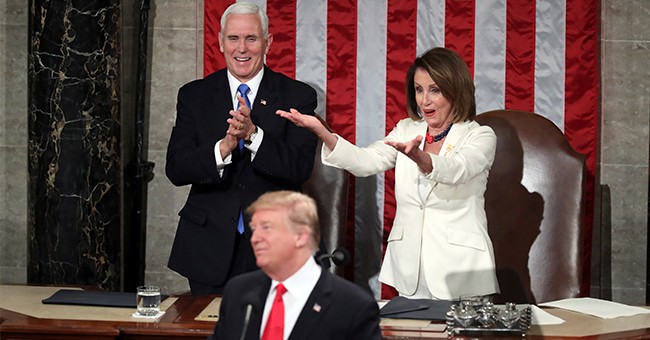 I am a lifelong registered "unaffiliated." In recent years, I’ve leaned to the right, as I have been disappointed by nearly all of the political positions and policies of those on the left, while recognizing that the right is far from ideal. My sister Nancy, who is a psychologist with offices in New York and New Haven, is a lifetime liberal who has voted 100 percent Democrat in every election since she’s been old enough to vote.

She lives in Connecticut and I now live in North Carolina. We see each other once or twice a year and keep it as cordial as we can from a political standpoint. In previous years, however, sometimes we got into inevitable political squabbles.

On the surface, it appeared that we disagreed about so much. Keep in mind that this was long before either Donald Trump or Barack Obama had been elected. Thus, our political differences were long-standing; not directly related to who was in office.

A Stroke of Political Genius

At dinner one night, I took out a pen and on scratch paper, along with Nancy, surmised that it might be useful to write down the issues of the day, one by one, and where we stood on them. We derived 30 issues that mattered to us, such as defense spending, taxation, welfare, and so on. Later, we copied the list, so each of us had it. Based on our self-assessments, independently we checked off if we leaned left or right on each issue.

To our utter amazement, when we compared our lists, we had 60 percent agreement. On 18 of the 30 issues, I felt that I leaned right, and on 12 issues I leaned somewhat left. For Nancy, it was right on six of the 30 issues and left on 24.

In all, we had commonality on 18 of the 30 issues. This darn near blew our minds. For years, we had thought we were miles apart. When we practiced the ancient wisdom of dividing and conquering, however, we saw a totally different picture.

40 Issues of the Day

Since our first comparison, we have honed and refined the list. It now contains 40 items and we allow for being neutral or "in the middle" on any particular issue. Also, we don’t dwell on what constitutes a right, middle, or left self-assessment. Remaining simplistic intentionally, we find it sufficient to let our self-assessments stand as they do. Our agreement rate, after comparing the items we each checked off, continues to hover at around 60 percent.

What potential value does our list or one that you make on your own offer for you? You might be experiencing political dissension within your own family, certainly among friends, in the workplace, and so on. If so, examine the list of 40 items presented below. Copy or scan it, if you wish, circulate it, and have them independently mark whether they are on the left, right, or middle regarding each issue. Or make your own list.

To your amazement, I hope, you'll find more commonality with others even when there have been serious political disagreements between you.

On a grander scale, send your list to your congressional representatives. Send it to columnists and political pundits. Send it to whomever you like. This approach could be the way to greater national cohesion, and the opportunity probably has existed all along. We simply did not recognize it.