Jeff Davidson
|
Posted: Dec 27, 2020 12:01 AM
Share   Tweet
The opinions expressed by columnists are their own and do not necessarily represent the views of Townhall.com. 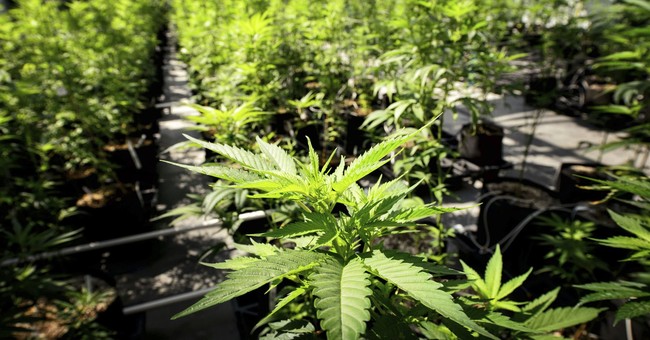 According to a Pew survey published one year ago, 91% of Americans think that medical marijuana should be legal, and 62% agree that marijuana in general should be legal. Opposition to making marijuana legal, at 52% in 2010, fell to 32% by November of 2019. In other words, American’s enthusiasm for embracing marijuana is on the rise.

Not a Gateway, but Not Desirable Either

For most people, marijuana is not a gateway drug to harder drugs, and it is not as lethal over the long-term as tobacco or alcohol. Nevertheless, habitual users suffer many problems.

Long-term use of marijuana has been found to impact the quality of life of some users, who suffer from poor judgment, relationship problems, low ambition, economic difficulties, and the hazy feeling that “everything is just fine.” Among young people, prolonged heavy marijuana use can result in a permanently diminished IQ.

Short-term marijuana use can result in coordination problems, hallucinations, sexual dysfunction in men, and even paranoia. Such effects generally wear off in a matter of hours, but who wants a populace with such symptoms? Worse, marijuana use can impair driving, which means it is not a harmless drug since driving potentially imperils passengers, other motorists, and pedestrians.

Marijuana was first made legal in Colorado. Several other states followed thereafter. What’s not widely known is that in any given year, approximately 85% to 88% of Colorado sales are generated from the heaviest smokers. These are people who light up 21 to 31 days per month, based on a study by the Marijuana Policy Group.

So, in perspective, seven out of eight Colorado marijuana smokers light up anywhere from two out of three days to three out of three days. Is this what the law intended, to enable people to be perpetually high? Perhaps those same smokers have been high continually for years, buying pot when it was illegal to do so. Do most heavy pot smokers have the funds to maintain their habit? How many are deep in debt?

Among daily smokers, how many smoke multiple times per day? How many heavy smokers are in professions that require their full mental faculties? Are heavy smokers involved in more accidents on the road? Do they populate hospital emergency rooms to a greater degree than the typical person? How many are parents? Do their children understand the ramifications of what’s occurring?

What about another major intoxicant? In the alcohol industry, of adults above age 18, the top 10% of drinkers, roughly equal to 21 million people, average about 74 drinks per week. In other words, these people average slightly more than 10 drinks per day. Such customers are vital to industry revenues, accounting for nearly 60% of all alcohol sales in any given year.

Few people advocate that the U.S. return to prohibition. Nevertheless, here is a second, regulated industry where chemical dependence fuels revenues. Is this what our legislators had in mind?

Is it healthy for society to have 21 million out of 210 million adults averaging 10 drinks per day? One in four U.S. adults overall reported that they did binge drink in the past 30 days. How many of them are parents? How many work in professions that require sobriety? What percentage of industrial accidents can be attributed to problem drinkers?

How many don't have the finances to engage in that amount of drinking, yet dispense their funds anyway? Does the industry have a sincere interest in reducing the consumption of these problem drinkers?

Occasionally, you’ll encounter a public service message from an alcohol vendor, admonishing the masses to “drink responsibly.” Yet, they know that 10% of their target market, which accounts for more than 50% of their sales, does not drink responsibly.

When a company, let alone an entire industry, reaps huge profits from repeat, high-volume users, it’s exceedingly tempting to not turn those users away, or, at the least, encourage them to indulge a bit less.