Jeff Davidson
|
Posted: Dec 04, 2020 12:01 AM
Share   Tweet
The opinions expressed by columnists are their own and do not necessarily represent the views of Townhall.com. 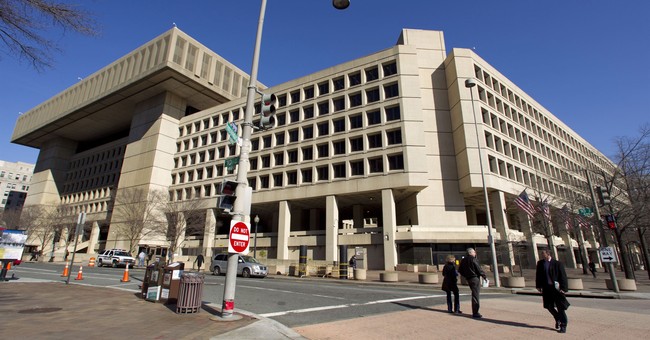 The Federal Bureau of Investigation (FBI) announced a new set of physical requirements for its field officers in 2015. For the first time since the year 2000, the Bureau established a fitness test. It is puzzling that over those 15 years, agents have not had such a test, whereas in the 1980s and 1990s physical fitness testing was mandatory.

As if announcing that such tests somehow represent a revelation, the director of the FBI cited that protecting the lives of American citizens, as well as FBI colleagues, "may well depend" on FBI agents' physical abilities, such as running, fighting, and shooting.

Masters of the Universe

I have friends in their 50s and 60s who can easily do more than 50 pushups. I'm past 60 and I can do 120 on a bad day. I know women who can do more than 29. Yet, these requirements are announced as if they represent a badge of honor: The director told his underlings, "I want the American people to be able to take one glance at you and think, 'There is a special agent of the Federal Bureau of Investigation.'"

A Free Pass for 'Old' Folks

Should anyone be impressed? Amazingly, these minuscule FBI fitness requirements have been heralded within the Bureau as recalling, "The spirit of the Bureau's first director, J. Edgar Hoover, who translated his obsessions over his own weight into concern over his agents well being."

Agents who have to do 29 push-ups are supposed to inspire us, make us feel safer, and be easily identified as special? Special to whom, exactly? What an unfit nation we have become. And, most alarmingly, how much lower can our standards drop?

There's probably only a fleeting connection here at best, but could the flabby standards of today's FBI in any way be connected to its recent shoddy law enforcement standards? Over the past several years, the top echelon of the Bureau has exhibited a discernable lack of ethics, candor, and professionalism. It has mis-executed or over-executed the powers bestowed upon them.

Dozens of upper management and top officials within the FBI have proven to be ethically if not legally unfit for duty. Their relaxed and biased investigative procedures should make us all shudder. How, as a nation, can we survive with our top law enforcement agency so compromised, across so many fronts?

Does the lack of rigor following the law and administering justice, among the FBI's top officials, in some way filter down to the rank-and-file? It would not be out of bounds to presume that the lower fitness standards follow suit?

Can the agency be reinvigorated? Can it once again serve as a beacon of effective intelligence gathering, national security, and law enforcement? Yes, but it'll take some doing.

In any case, when hundreds of schoolboys in any county across the U.S. can greatly exceed any of the FBI’s is physical requirements without breaking a sweat, are we supposed to be impressed by the FBI? Law enforcement professionals from all types of agencies throughout our nation's history who have since passed on must be turning over in their graves.