Joe Biden, and Democrats in General, are Incapable of Misdeeds

Jeff Davidson
|
Posted: Aug 20, 2020 12:01 AM
Share   Tweet
The opinions expressed by columnists are their own and do not necessarily represent the views of Townhall.com. 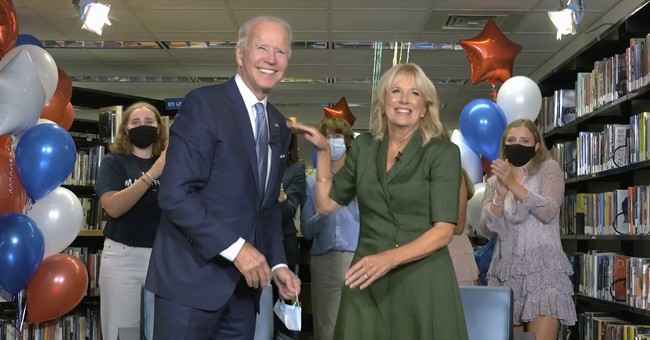 The accolades for Joe Biden at the DNC yawner event apparently know no bounds. Come on man! Let’s get real. Suppose your political hero committed a grievous crime or an endless array of them?

Anyone who saw the History Channel broadcast, The Death of Marilyn Monroe, has a vivid idea of how Marilyn Monroe died. The impartial broadcast, relying on a variety of witnesses and subject matter experts, conclusively point to Robert F. Kennedy's (RFK) involvement in Monroe's demise.

As seen by several witnesses, RFK visited her twice on the night that she died. He was the last known person to see her alive. He had ample reason to silence Monroe: She was about to publicly reveal her extramarital affair with him, preceded by his brother, John F. Kennedy.

If you lean Left, presume for a mere moment that RFK could have ordered the death of Marilyn Monroe. Can’t do it? Why is it difficult for you to accept that your heroes have had people killed? Do you accept as a given that when an individual seeks to be a Democrat candidate that somehow his or her soul is purified, as are all of their deeds and intentions?

The Left runs on and on about the personality quirks and business scandals of Donald Trump. They claim whatever they want about George W. Bush. They produce full-featured hit-piece movies about W. Bush and Dick Cheney.

How is it that they cannot accept the sex crimes of Bill Clinton, the national security crimes of Hillary Clinton, the crimes and disastrous weaponization of federal agencies by Barack Obama, the Biden family's involvement in China and Ukraine corruption, and a long line of other Democratic misdeeds? What is it in their DNA that enables them to employ blinders, arbitrarily confirming that ‘all Democrats are good,’ and ‘all Republicans are bad’?

Pretty much everyone who voted for Donald Trump is aware of his personality shortcomings. You'd have to be a troglodyte living in a cave for 30 years to not know that Trump has been involved in one imbroglio after another before he became president.

With the Clintons or Kennedys, most of their grievous misdeeds came during or after running for public office. This is a truism that history will reveal time and time again, as we move farther and farther away from today's reporters, who have no intention of exposing anything that the Left has done to damage our society.

The treatment of Joe Biden, in the face of an alleged sexual assault by a credible female accuser back in May, is a case in point. The New York Times went to great lengths to find Joe Biden innocent of this allegation. The newspaper, which offers, “All the news that's fit to print,” stated: “The Times found no pattern of sexual misconduct by Mr. Biden,” thus handing him its standard Democrat free pass.

Never mind the edict issued by the #Me-too movement that we all need to listen to a woman when she accuses a man of sexual misconduct. Never mind that a woman should get a fair hearing. Never mind that over the course of four decades, Biden's behavior amply demonstrates that he has problems with control when it comes to females of all ages.

Whether it's sniffing their hair, talking goo-goo with them, or nuzzling the backs of their necks, in public, he will invade a female's personal space to the dismay of those on the receiving end. Joe Biden is a Democrat, however. Apparently, he can do no wrong.

If Joe were to declare tomorrow that he is joining the Republican Party, within nanoseconds, all of his accusers, over many decades, would gain instant and virtually indisputable credibility. How sick is that?

What variety of mass denial has to be occurring when half of the nation, those who lean Left, continually give a free pass to Democrats who commit crimes? Do they have zero inkling that Bill Clinton, Hillary Clinton, Barack Obama, and Joe Biden have run afoul of the law time and time again? What level of mass delusion is required to keep them in mass denial? Enquiring minds want to know!