This Crisis Demands a Constitutional Analysis of Voting Machines

Jeff Crouere
|
Posted: Dec 06, 2020 12:01 AM
Share   Tweet
The opinions expressed by columnists are their own and do not necessarily represent the views of Townhall.com. 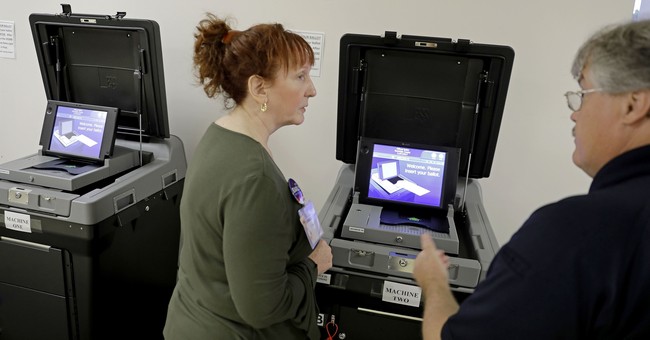 There are constitutional rules on how prisons are operated, how zoning laws must be drafted and what rights members of the LGBT community must be accorded; however, there are no rules regarding modern voting machines, as well as the hardware and software used to tabulate votes.

Clearly, some constitutional rules should apply to these machines because they control our most basic rights, which includes the right to vote and the right to have it counted honestly.

It must surely be considered unconstitutional for a municipality to utilize voting machines that allow poll workers to switch a vote if they thought a mistake was made. Poll workers cannot be allowed to hack into the machine's hardware or software and reverse a vote just because they thought a voter hit the wrong button.

Consequently, the idea that there must be constitutional rules regarding both the hardware and the software used in voting machines is not far-fetched, and indeed, its implementation is now obviously long overdue.

Millions of Americans have been closely following the president’s legal challenges to the 2020 election. The reams of evidence the president’s team have compiled indicates severe problems with the hardware and software used to cast and count votes. The focus has been on several swing states, but the problems might be prevalent across the country.

It seems possible to not only change votes, but also to disregard votes and create large batches of phony votes out of thin air.

How else can we explain systems that mail out ballots to dead people? Or that mail out six ballots to an address where two people reside? Or that allow an envelope with a signature to be separated from the actual ballot before the signature has been meaningfully examined - by representatives of both political parties?

How else can we explain a system that awards a massive batch of almost 600,000 votes to former Vice President Joe Biden while simultaneously adding a mere 3,000 votes to President Donald Trump? Witnesses have testified that this is exactly what happened in Pennsylvania in the wee hours after Election Night 2020. Does anyone doubt that such a system is highly suspect, if not totally corrupt?

Indeed, such a ridiculous ratio of votes favoring one candidate over another is prima facie evidence that the system which produced this result is too easily tampered with, either physically or via the internet. Any teenage hacker can attest that almost all computer systems are vulnerable.

Are Americans blind to this reality? There have been numerous examples of computer systems of our largest and most secure institutions, such as banks, municipal governments and even the Pentagon being hacked. Accordingly, if our voting systems are connected to the Internet, they can easily be hacked, and our precious votes can be manipulated. It should not be constitutionally permissible to transmit voting totals across the world wide web.

Now if the proper time for the U.S. Supreme Court to intervene and fix this travesty. It can list certain minimum constitutional requirements that voting machines and their software must satisfy. At the very least, for future elections, the outrageous and dangerous spectacle we are witnessing in the 2020 election will not be repeated.

If this important action is not taken, large sectors of the American public will eventually lose all faith in the honesty of our voting system. This would result in the death of our constitutional republic and the United States of America would officially become a banana republic.

This action can be separate and apart from the ongoing challenges of the 2020 election. Clearly, there is overwhelming proof of fraud in multiple states that resulted in the supposed victory of Joe Biden in the presidential race. The president’s legal team may be successful, or they may ultimately fail. However, no matter who becomes president, it does not change the need to fix our voting systems to ensure confidence in future elections.

The 74 million Americans who voted for Donald Trump this year have lost all confidence in our electoral system. We need to ensure that the high level of distrust this past election produced will not have to be tolerated ever again in our country.

If school desegregation could be ordered "with all deliberate speed" in the Brown vs. Board of Education case, then surely, we can urge similar speed to mandate the use of honest and secure voting machines. Saving the greatest constitutional republic in the history of the world requires nothing less.

Jeff Crouere is a native New Orleanian and his award winning program, “Ringside Politics,” airs nationally on Real America's Voice Network, AmericasVoice.News weekdays at 7 a.m. CT and from 7-11 a.m. weekdays on WGSO 990-AM & Wgso.com. He is a political columnist, the author of America's Last Chance and provides regular commentaries on the Jeff Crouere YouTube channel and on Crouere.net. For more information, email him at jeff@ringsidepolitics.com.