Mr. President: Fire Them Before They Fire You

Jeff Crouere
|
Posted: Apr 14, 2018 12:01 AM
Share   Tweet
The opinions expressed by columnists are their own and do not necessarily represent the views of Townhall.com. 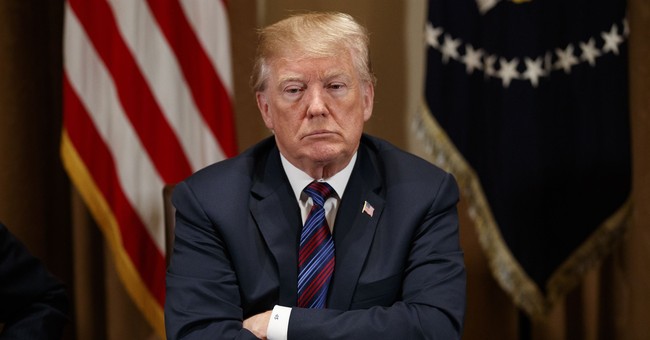 In his first 15 months, President Donald Trump has fired more administration officials than many Presidents do in an entire term. At this point, it is essential that he use hisThe Apprenticetag line “You’re Fired,” for three more Department of Justice officials: Special Counsel Robert Mueller “The Jackal,” Attorney General Jeff Sessions “The Weasel,” and, Deputy Attorney General Rod Rosenstein “The Snake.”

Mueller is “The Jackal” because he is trying to politically terminate the presidency of Donald Trump. There is no question that he is doing the bidding of the “Deep State” and trying to build a case to charge President Trump with a series of crimes.

His 11-month investigation has been a total witch hunt. It reached a new level of danger for President Trump this week as the office, home and hotel room of Michael Cohen, his attorney, were raided by FBI agents.  Cohen is very close to Trump and has vowed to “take a bullet” for the President if necessary.

In the raid, agents confiscated Cohen’s computer, phone and personal financial records. As the President’s attorney, all of their communications are privileged, so there will be a team of FBI agents who will be assigned to remove those materials. Despite these assurances, famed attorney Alan Dershowitz called it a “very dangerous day for lawyer-client relations.” He condemned “the deafening silence” of the ACLU on this raid and noted that the organization would be “on every television station in America jumping up and down” if Hillary Clinton’s attorney had been targeted.

This action is a tremendous escalation of Mueller’s dubious investigation. Not surprisingly, President Trump was furious and called the raid a “disgrace.” He accurately noted that the investigators had found “nothing” in their pursuit of collusion between the Russians and President Trump.

The problem for the President is that Mueller left the “collusion” aspect of the investigation many months ago. He has been working with his team of partisan Democrat attorneys and focusing on obstruction of justice and crimes unrelated to Russia.

Mueller has been successful in collecting a few guilty pleas, such as retired Lt. General Michael Flynn, who admitted to lying to the FBI. In the case of former Trump Campaign Manager Paul Manafort, Mueller charged him for activities related to his lobbying work with the Ukrainian government several years ago.

At this point, the President needs to fire Mueller “The Jackal,” before his team of partisan Democrat attorneys waste any more taxpayer dollars on this fishing expedition. Despite warnings from U.S. Senator Lindsey Graham (R-SC) and others, Mueller needs to go. He has a history of botched investigations, such as the one probing the anthrax attacks of 2001 that were pinned on the wrong person.

The Special Counsel is clearly laying the groundwork for charging the President and presenting the case for Congress to impeach him. Before it gets to that point, the President needs to send him packing.

Once the President is in a firing mood, he should not stop with Mueller. He also needs to fire Rosenstein “The Snake.” This is the Deputy Attorney General who wrote the memo recommending that former FBI Director James Comey be fired. However, he is also the Justice Department official who hired Mueller in the first place and started this mission to impeach the President.

Rosenstein also referred the latest raid to a New York U.S. Attorney who authorized FBI agents to seize Cohen’s materials including privileged attorney-client communications with President Trump. As noted by the President, Rosenstein also “signed the FISA warrant” authorizing spying on a Trump campaign aide. This was based on a phony Clinton campaign funded dossier that was centered around suspicious Russian sources, the only collusion that has been proven in this investigation.

Finally, the President needs to fire Attorney General Jeff Sessions “The Weasel.” Unfortunately, Sessions has been a tremendous disappointment as Attorney General. By recusing himself from the Russia investigation, he created the Mueller monster. He seemingly has little to no control over the Justice Department. The real authority rests with Rosenstein and Mueller, not Sessions. He is either too intimidated or too compromised to interfere with a Special Counsel who is on a mission to destroy the President.

To make matters worse, Sessions refused to appoint a second Special Counsel to investigate a variety of abuses involved in the FISA warrant and other matters. There is seemingly no real investigation into the Clinton Foundation, Hillary Clinton’s suspicious involvement of the Uranium One deal or her mishandling of top secret email communications. She destroyed 33,000 emails that were subpoenaed by U.S. House investigators, but absolutely nothing happened to her.

While FBI officials raided the homes of Manafort and Cohen, Hillary was given special kid glove treatment in her July 5, 2016 FBI interview. She was not under oath and her responses were not recorded.

Hillary’s attorneys were never raided by FBI agents, instead, they were given immunity. The double standard is atrocious. The Deep State is furiously trying to end the Trump presidency and Sessions “The Weasel” is a mere bystander.

This week, the President fumed that Sessions “made a terrible mistake” when he recused himself in the Russia investigation.  As noted by talk show host Mark Levin, the Justice Department is “out of control,” so Sessions must “step aside.” If he does not, the President must fire him.

President Trump seems to finally understand this is a war on his agenda and an attempt to negate the results of the 2016 election. He called the Mueller team “a biased group of people” with “the biggest conflicts of interest I have ever seen.” Even though the President has been totally cooperative and given “over a million pages worth of documents to the Special Counsel,” nothing short of impeachment will satisfy Mueller.

Mr. President, the time to act is now. Fire these three stains on the Department of Justice and end this “attack on our country.” If not, the consequences for your presidency and our country will be severe.