Obama is telling everyone all this economic decay is not his fault. Again, he is trying to deflect blame. Certainly, when he took office, there were economic problems. However, his solution to those problems were abysmal.

Bush may have ordered a steak for himself and left the restaurant, but Obama walked in and instead picked up the tab-ordered lobster and steak for himself and a whole banquet of people. Plus, they ordered cases of the finest French Champagne and high end red wine with Baked Alaska for dessert. No doubt they washed that down with some Chateau d’Yquem. Maybe it’s better to have a teetotaler in the White House.

There isn’t a single economic stat that Obama can point to when it comes to government spending where he has not outdone the prior administration. The guys in there before him weren’t exactly spendthrifts.
Debt to GDP ratios are higher. Government spending is up. The Feds balance sheet looks atrocious. Issuance of debt is up. The debt ceiling is higher. Unemployment is over 8%. Real GDP is under 3%. Projected government deficits are going even higher because Obama hasn’t cut any programs, he has piled on.

At the University of Chicago they have a joke that says, “It works in practice but does it work in theory.” Obama and the Democrats spent more in a one shot stimulus than any other previous administration in the history of the United States and failed miserably. Classical economic theory states the economic multiplier effect of government spending is 0. We have just proven the theory, and we have the data from the practice to show for it. The Keynesians are totally wrong.

Peruse these charts yourself. 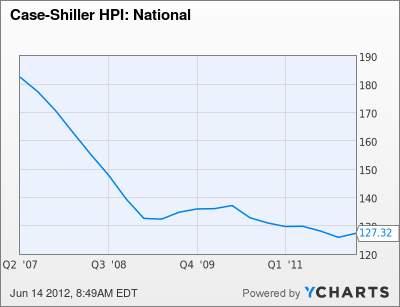 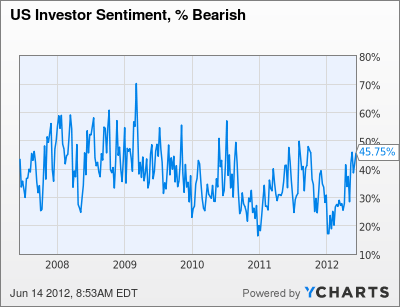 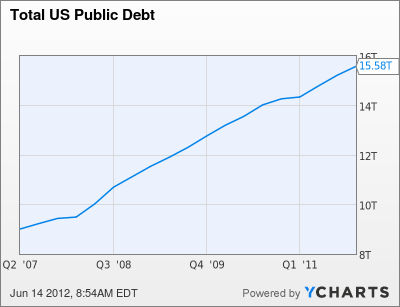 Spending to GDP ratio, notice it declines after Republicans began to run the House. 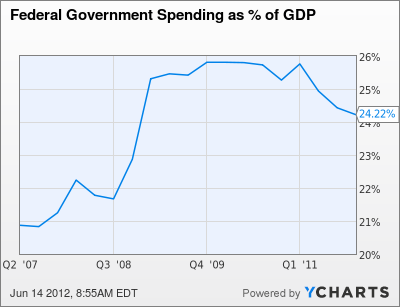 Federal Government Spending as % of GDP data by YCharts

Did You Notice Kamala Harris in That Infrastructure Announcement Photo?
Katie Pavlich
Joy Reid Gets Wrecked Over Her Lies About Critical Race Theory
Katie Pavlich

Matt Vespa
Texas Lt. Gov. Patrick: This Is How Far Away Harris Is Going to Be Away from the Real Border Crisis
Julio Rosas