Jeff Carter  |  Mar 14, 2012
The opinions expressed by columnists are their own and do not necessarily represent the views of Townhall.com.
Top Columns
Trending on Townhall Media

The left wing is all upset over last years Supreme Court case (Citizens United) that ruled corporations were seen as individuals under the eyes of the law. Of course, we have over a century of court precedent that affirms this. What the left is really trying to do is get an edge politically.

Even though the left says they are for free speech, they aren’t. They hate the first amendment. What they want is “their speech”. As long as the soundbites fill the air with their mantra, they are okay. When it’s not their form of speech, look out. The name calling begins.

Instead of listening to the platitudes of each side, it might be better to delve into the data. “Money talks and BS walks” as they say. First, one assumption. If every positive ion has a corresponding negative ion in physics, then my assumption carries over to this political debate. The corporation’s negative ion is unions, both public and private.

Those evil corporations have boatloads of cash. The political dialogue from the left assumes that they take all their profits and reinvest them in advertising. However, corporations have to answer to their shareholders. With any stock I owned, I would sell if I saw a large percentage of their profit stream being spent on political advertising. That kind of expenditure would tell me the executives of the company were more worried about who was in office than getting close to their customers and earning a profit. Any company that does that eventually goes out of business.

The opposite charged ion, unions, are different. First, they don’t have shareholders. They have no one to answer to but their members. Because of the restrictions, it would be very tough for a member to buck the union and still have a job. Virtually impossible. As far as dues and spending, there is no choice for a union member. They can’t sell the union stock and take their profit. Union members are stuck and the spending of dues on political campaigns is centrally planned by a few people.

Further, when given a choice, 95% of union members opt out of paying dues and quit the union. Guess that’s why unions are anti-choice when it comes to economics and freedom.

Unions spend 95% of their money on Democrats. It has a huge impact on elections. Unlike corporations, unions never swing the balance of their donations to a different political party. They always give to Democrats, and by a huge margin.

The largest percentage difference in favor of Republicans came from Amway. They gave 99% to Republican candidates, and it amounted to an average of $441,790 per year. Hardly enough to swing an election.

When you wade through the data, it helps to put the hyper ventilating speeches aside. 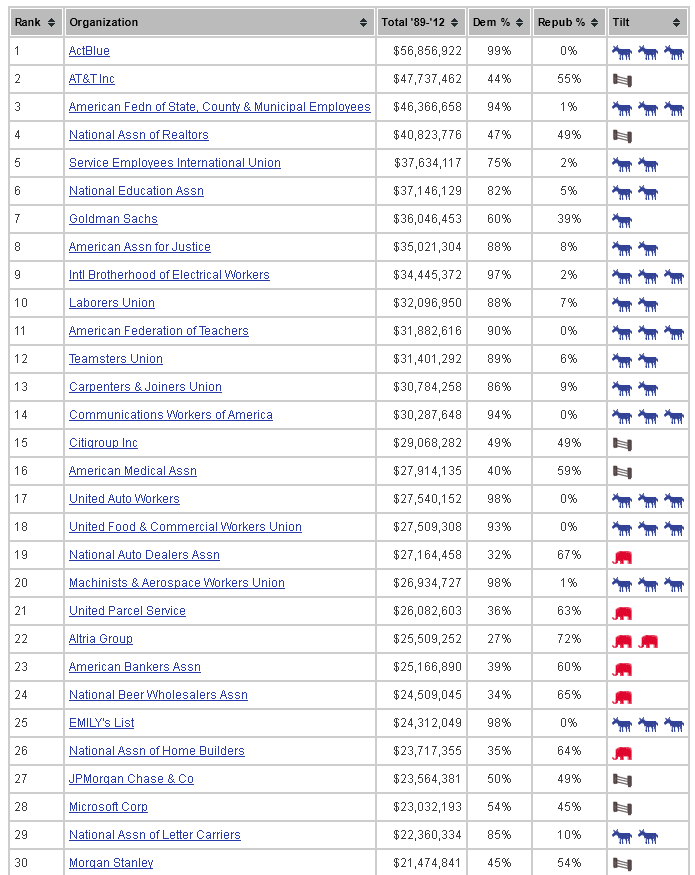 What is the Law? Allen West
Trending on Townhall Video