Suppose you want to get an entrepreneurial ecosystem started and you currently have a desert. Where do you start? Starting something from scratch is challenging, but it’s nice because you have a blank canvass to paint on.

When I co-founded an angel group in Chicago, there wasn’t a lot going on here. Much had been tried, and failed. But my experience has a lot of parallels to other start up companies that were really successful. There are things that work, and things that don’t. You need to toss out the things that don’t work. That sounds simple, but really isn’t when it comes to practice.

The other thing you need to do is think outside the box a little. A couple of iterations here and there make all the difference. As you proceed down the path of building, don’t be afraid to try new things as long as you aren’t committing a lot of core strength to them. If they fail, they are not fatal. If they succeed, put more resources around them.

As your company/ecosystem grows, you will discover new challenges. Management style has to change, otherwise you will strangle it. Success will cause a bunch of advice giving people to beat a path to your door. Not all the advice is good. Some of it will kill you.

In Chicago, we had an entrepreneurial desert from 2000-2005. Prior to that, Mayor Daley actually put the full force of government behind innovation, and certain individuals were picked to lead the charge. It was a quasi public-private partnership. The effort failed. The internet bubble that burst in 2000 caused a lot of people to back away from funding start up companies. Midwestern sensibility didn’t lead itself to putting money into companies that didn’t have revenue. Investing in early stage companies seemed like buying a lotto ticket than building something interesting.

Entrepreneurs were left with little choice. They had to navigate a series of private networks, fragmented angel groups, some VCs that really weren’t interested in them. The private networks put money in, but the cost of capital was huge. Especially when you considered transaction costs, the time it took to pitch every individual investor. It was more a game of who you knew rather than if you had a great idea. Since capital was so tough to get, the innovators went to the coasts.

That’s what it looked like to us locally when we started.

If you want to start something in your town, and it looks like a desert to you, what is the first thing that you need? Think hard about this.

Before capital, entrepreneurs and all the rest, you have to have a passion for start ups. You better like meeting people and listening. You better like multi tasking and spinning five plates in the air at once. Without the initial passion, the arduous task of developing something becomes real work. It’s a non-paying job too. 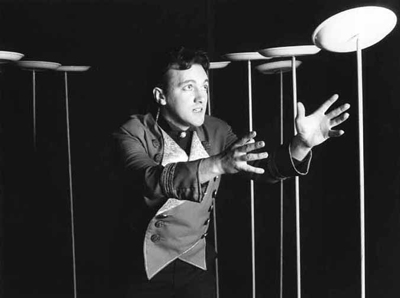 You have the passion, what’s next? At this point, the laws of economics take over. Demand isn’t going to be there unless you have supply. Start ups need a few things. First is cash. Without it, they can’t escalate their business quickly. Second, they need mentorship. Good mentors will help them avoid mistakes and allow them to use resources correctly. Burning through working capital needlessly is one stake in the heart of a seed company. Third, they need connections and customers. Connections to get them what they need. Customers to establish cash flow so they can reinvest it back in their business to grow. These are the next crucial steps.

The capital has to come from accredited investors. Only they can put money in because of IRS rules. That means you have to get a bunch of rich people that are willing to write checks to seed companies. Since 90 percent of companies fail, rich people aren’t predisposed to writing said checks. But, they are out there, you just have to find them. That takes a lot of effort. It’s impossible to tweet or put on Facebook that you are starting an angel network and have a bunch of people knock on your door and say, “Where do I sign up?”. You have to be the door knocker.

Network everywhere. Tell people about it. You become a Johnny Appleseed for entrepreneurship in your town. Eventually, you will find other people that are as passionate as you, and they will make introductions and help you spread the word. Once you get a core group of people, organize them.

Angel groups are all over the US, and the Kaufman Foundation sets up some really good guidelines for structuring them. The Angel Capital Association(ACA) also has great resources. You don’t need to reinvent the wheel, but you will have to tailor some things for your local communities idiosyncrasies.

Then more hard work ensues. You have to network for deal flow. The angels aren’t going to hang around if there aren’t any deals to look at. The deals aren’t going to come if there aren’t any angels. In our case, I had a lot of experience working at and setting up exchanges, so intuitively I understood what it took to make the chicken and egg happen together. Two fragmented markets meeting together.

As the deals come in, you need to have an orderly process for analyzing them. Speed is of the essence. An entrepreneur appreciates a quick “No” if done nicely. That saves them time. A long “Yes” is nice, but it also wastes a lot of their time. Be sensitive to the needs of the entrepreneur. Be transparent. Talk to them through the entire process and let them know what’s going on. You may not want to hurt their feelings, but talking to them about the warts you see in their business offers them an opportunity to iterate and change or explain to you why it’s set up the way it is.

If you see a deal you want to fund, great. The funding step is exciting and fraught with pitfalls. This is where Coaseian principles rule. Each side is trying to bargain so that they get the best deal they possibly can, while creating the best situation they possibly can for moving forward. It’s absolutely critical that you walk away from the negotiation with no winners and losers. You are becoming partners for the next 5-7 years, so you need rules of the road that create a symbiotic relationship, not a negative one. There are so many ups and downs when you start a company that you don’t need extracurricular artificially manufactured items to accentuate them.

Once the deal is funded, you don’t stop working. Now the real fun begins. Use your networks to create opportunities for your companies. Tell the local community what you are doing and create local customers for them. Local customers are great because they have immediacy and can interact with the start up to let them know when they are doing things right and wrong. We are working on trying to get Chicago on board with start ups. It’s tough, because there is a lot of noise out there.

At the same time you are working to develop the company, you ought to be working on the exit. Start talking to potential acquirers about what they are doing. They might create new customers for your start up, or make an investment. They also can provide a lot of mentorship. Beginning the creation of your out early also helps your investors. Even small exits are great because they build confidence. Base hits are a lot easier to attain than home runs. Hit .300 in the angel investing world and you go to the Hall of Fame, same as baseball.

Once you get the engine started, if you are passionate and show some early success, others will climb on board. It becomes the old commercial. (It’s Heather Locklear in case you were wondering) You don’t need government help or aid to get it going. As a matter of fact, government generally gets in the way. All they should do is keep the water running and the power turned on. Everyone else will do the heavy lifting.

As you have successful exits, entrepreneurs will start more companies. More investors will chime in. It becomes a case of making a larger and larger pie, not dividing a fixed pie up. Silicon Valley is the classic example of how this manifests itself. The valley initially helped just the economy locally. Eventually, it changed the world economy. It’s an amazingly energetic little piece of land forged out of the desert.