Why Main Street Wants to Kill the Banks

Obama and the left wing press have been beating the investment banks like a red headed stepchild. The right wing has been mostly silent about the continual verbal drubbing the banks are receiving, because for years bankers ($GS, $MS, $JPM, $C, $BAC, $WFG, $PNC, $MTU, $MFG,$RBS, $UBS) have leaned left.

Bankers traditionally are pretty socially liberal, anything goes, and have a pro business image because after all, they are about making money.

Main Street wants to string the banks up and let them hang. I don’t blame them. However, there are a lot more folks that deserve to be on the platform with them. Accomplices to the crime you might say.

However, let’s look at the banking industry a little differently. Perhaps then you will get some clue as to why they behave the way they do. To understand it, you have to understand some banking history, and also understand current trends in technology and entrepreneurship.

First the trends. Technology is re-making virtually every vertical silo in business into a horizontal decentralized marketplace. Instead of businesses dictating to consumers through a chain of distribution, consumers are now telling businesses what they want. This is manifesting itself in all kinds of unique places, from credit card processing, B2B marketplaces, student loans, and virtually everywhere else. Computer companies were among the first to understand it. Instead of going to the store and buying off the rack, they took commoditized components and allowed the consumer to pick and choose, building a bespoke computer to suit.

Banking, and trading so far have successfully avoided that trend.

Now for some history. As you may or may not know, in the late 1990's Democratic President Bill Clinton, Secretary of the Treasury Robert Rubin(political party-Goldman), and Republican Senator Phil Gramm worked to repeal Glass/Steagall. It was a law enacted back in the Great Depression that separated various activities in the banking/insurance/brokerage/trading industry. I was in a small group meeting back in 1999 when my pal Yra Harris asked Senator Gramm, “Are you afraid you are concentrating too much risk in too few places? Are you potentially creating institutions that are too big to fail?”

Senator Gramm calmly answered (paraphrased because I don’t recall his exact quote), “No, we don’t believe so and we feel the marketplace will have enough checks and balances to stop that from happening. We also thing the federal regulatory agencies can keep that from happening.”

We know how that turned out, but it was not purely the repeal of Glass-Steagall, nor was it a total fail of the US regulatory apparatus. Although that played a part.

There were a few other things that happened coinciding with repeal that also created the conditions we have today.

First, the SEC wrote what’s called Regulation NMS. What it did was allow banks and big institutions the ability to set up protected vertical silos for their own fun and profit. It tightened the grip the banks have over distribution. Virtually little of the listed stock volume traded today is done at an exchange where market transparency rules reign.

Reg NMS allowed for dark pools, internalization and the siphoning off of exchange traded volume into the back rooms of Wall Street. Instead of making the market clearer, it made the market more opaque, and harder for the average participant to understand.

To throw the average Joe on the street a bone, the mucky mucks also began trading stocks in pennies rather than eighths. The average Joe thought he was getting a fairer shake. In fact it just opened the door to more front running by the banks. Fast forward ten years, and HFT firms take advantage of the penny quote system by front running just about everything.

In addition, there was a movement in the Wall Street banking community to take their firms public. Previous to the late 1990's, banks were private partnerships set up similarly to a law firm. This structure forced partners of the bank to keep a watchful eye over the risk other areas of the operation were taking. It was not uncommon at a partner’s meeting for the investment banking guy to look the prop trading guy in the eye and ask why the hell they were assuming so much risk. Because of the structure, banks prop trading desks risk taking abilities were kept in check.

Once they went public, the game was over. Banks were playing with the public’s money, not their own. Playing with other people’s money lead to excess. Now former partners weren’t as concerned about their bonuses. The first job they had was to maximize shareholder value. To do that, banks turned to aggressive prop trading. It was the quickest way to make a buck, and since via Reg NMS they controlled the entire distribution chain, money was easy to make with relatively little risk.

For evidence, look at the top line revenue of all the major US investment banks. Check and see how much prop trading contributed to top line revenues from 2000-2010. It grows each year, and not just by single digit percentages. Essentially the big banks are nothing more than giant hedge funds that can borrow from the government’s Federal Reserve window at 0.25%. Main Street and pension funds don’t have a chance.

Now, combine these banking trends with things like Fannie Mae and Freddie Mac, the general slothfulness of any government bureaucratic regulator, the failure of most members of Congress to really understand how the trading/banking industry works and boatloads of cheap capital from the government and the marketplace. You have just shot a torpedo into the munitions hold of a battleship. 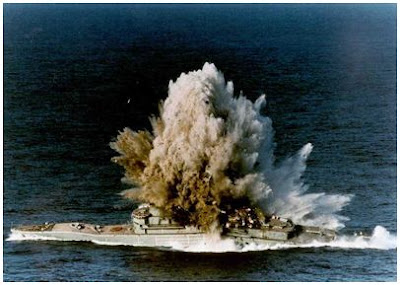 Wall Street keenly protects it’s hold on distribution channels. It makes so much money from that control, it has a vested interest in maintaining it. What does Wall Street do to keep exerting influence? It sends people to work in Washington on K Street, on Congressional Committees, in the SEC and the Department of Justice. If you haven’t noticed, Wall Street generally has held the cabinet spot of Treasury Secretary over the years as well. It’s an iron grip, not unlike the Soviets had during the Cold War years over eastern Europe.

It’s virtually impossible to break up those vertical silos because not only do they control the distribution channels, they control the apparatus that regulates that channel. Kind of like the fox watching the hen house.

There is plenty of current technology that can put market users closer to the market place. Layers of distribution can be eliminated making markets cheaper, and more efficient for end users. However, all that innovation is being stifled by Wall Street.

There are plenty of people that are beginning to talk about this. Matt Taibbi has written plenty about how banks have traded against their customers-knowing full well that the customer was going to get crushed. Sal Arnuk has consistently written about HFT, and how broken the market is. It’s real, and it affects you each and every day even if you don’t know about it.

In a totally different part of the banking industry, Individual Trusts, there is some innovation happening. Banks are trying to protect their monopoly. However, creativity in some firms is beginning to break the logjam. They are drastically changing structure and putting the client first-not control or their profits. Smart customers are switching over.

The same thing can happen in the Wall Street marketplace if we let it. It’s why over the past year, several of us have been yammering constantly about regulatory reform, the fact that Dodd-Frank is a worthless piece of you know what, and where the real problems in the marketplace are. Hope you have been listening.