Will Fat Taxes Kill You?

Jayson Lusk  |  Jan 19, 2013
The opinions expressed by columnists are their own and do not necessarily represent the views of Townhall.com.
Top Columns
Trending on Townhall Media

According to New York City’s mayor Bloomberg, the government’s highest duty is to promote healthy eating. His cause has been taken up by a growing number of politicians who want to ensure that all Americans are “normal” weight. It is more than a little disconcerting, then, to learn that the mounting number of federal, state, and local policies aimed at slimming our waists may be misguided. The results from a careful literature review recently published in the Journal of the American Medical Association showed that people who are overweight and even a bit obese actually live longer than normal weight folk.

We keep a spare tire on our car for a good reason. Apparently Mother Nature wisely designed our bodies to keep one too. The study revealed that a six-foot tall “overweight” man weighing 220 pounds is actually about 6% less likely to die than a 180lb, six-foot tall “normal” weight man. The study also showed that our overweight man can add an extra 34lbs (reaching 254lbs) before increasing his risk of death. Given that the majority of Americans are now overweight, it is about time we re-consider what is “normal.” What’s more, we should re-consider what’s considered pathological.

We are each genetically endowed with propensities to develop unique body shapes. Magazines lining supermarket check-out lines have somehow convinced us that we should all look the same. The pathologizing of extreme body types by public health professionals, pharmaceutical companies, and the federal government, for example by referring to obesity as an “epidemic”, has added insult to injury. And, it has licensed the actions of those who want to use the power of the government to restrict what we eat. Yet, if being overweight increases your lifespan, is it possible that government mandated fat taxes and soda bans may prematurely kill us?

To justify their roles on our dinner plate, the food police point to rising public health care costs, particularly Medicare and Medicaid. These public health insurance programs have become crisis engines. After all, something will kill us one day, and some ailment will be the leading cause of death. By taking private health care costs and turning them public, the food police have created a perpetual source of public crisis that justify government action and their existence.

But, if the overweight are living longer than the normal weight, where is the justification for public intervention to control our weight? Indeed, a study published last year in the Journal of Health Economics showed that health care expenditures are lower among overweight as compared to normal-weight men.

It is true that the extremely obese die sooner and pay higher medical costs than the non-obese. Surely, then the extremely obese enrolled in Medicare and Medicaid provide sufficient justification for government intervention – right? A recent paper in the Journal of Economic Perspectives points out that these extra costs are really just transfers among people in an insurance pool – not a deadweight loss to society.

A few years ago when I broke my leg playing basketball, no one accused me of imposing costs on others when I used my health insurance to pay the costs. They rightly understood that the costs were paid out of a pool designed to cover precisely such risks. If the problem is that some people are riskier than others (or are acting riskier because they are insured), the proper solution is to price those risks into the cost of insurance, and yet the government has hamstrung the ability of insurance companies (public and private alike) to do just that.

Obesity has been roundly demonized. Rarely is it acknowledged that rising weight is an outcome of a historical process that should be welcomed with open arms. My grandparents lived, for much of their lives, without plumbing or air conditioning, doing back-breaking labor in the hot sun to pay the bills. They didn't, for much of their lives, have TV, microwave popcorn, canned biscuits, or, when they had a car, power steering. Yes, I might have to work a little harder to fit my skinny jeans than Grandpa ever did. At least I am fortunate enough to live in a world where my wife doesn’t have to spend half her day cooking and cleaning to feed the family. I reflect on these matters while I speed off to work in my air-conditioned, automatic Chevy, sipping a caramel-skinny-latte preparing for a day of toil at the keyboard in my well-insulated office, scanning Twitter and You-Tube for the latest updates of the day. Somehow I think I can muster the courage to hit the gym on the way home. 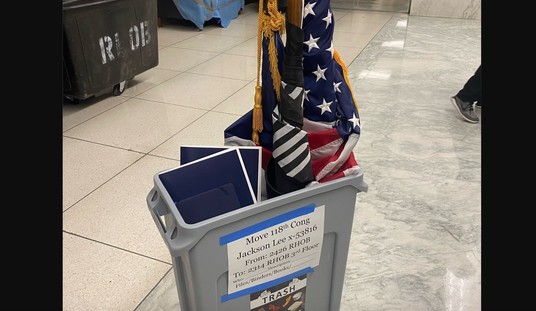