Off With Their Heads!

Jay Prag
|
Posted: Nov 16, 2019 12:01 AM
Share   Tweet
The opinions expressed by columnists are their own and do not necessarily represent the views of Townhall.com. 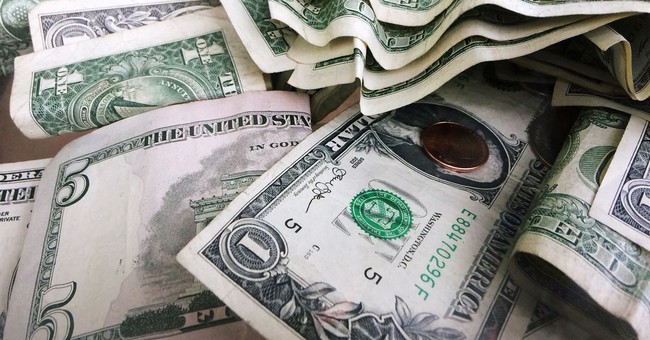 When a revolution is driven by perceived, unjust inequality it often features a violent overthrow of a very small upper class by the much larger, (often characterized as) oppressed lower class. And famously during the French revolution the uprising featured a rather permanent eradication of the upper class: Off with their Heads!

After taking the wealth from the recently decapitated, the newly reconstituted country will have a much more balanced income distribution (assuming the upper-class wealth is redistributed but in any case, without an upper class) and it should be a more tranquil place; economic imbalance has been eliminated. Unfortunately, when you rebalanced your income distribution with the guillotine, you also literally removed the economy’s head. You removed most of the educated people who, like them or not, were the only ones who knew how most things worked. You removed their head and their existing wealth, but left your country with no one who knew how to add to that wealth. (Interestingly, soon after the French revolution, France, under Napoleon, resorted to plan B for economic expansion: invade your neighbors.)

When land and natural resource ownership were the only source of wealth, upward mobility was very difficult. Upper class families owned all of the land and the only way to get it was to inherit it. But the sources of wealth have changed over the past couple of centuries so upward mobility and overall economic fairness has improved dramatically.

It is from this history that we get the logic for things like an estate tax and the recently proposed wealth tax. If someone accumulated wealth beyond a certain point - even if they paid all of their (progressive) income taxes, employed thousands of people, donated to dozens of charities, and were generally well-liked by all – the federal government arbitrarily decides that it has the right to tax away a substantial portion of that person’s estate after they join the French aristocrats in the afterlife. I say arbitrarily because the legitimate economic rationale for an estate tax are nonexistent.

The word that’s usually tossed around to justify an estate tax is “fair.” But the estate tax is a classic example of unfair; it is specifically treating one group differently for no reason other than the fact that they can’t do anything about it – they’re dead. It is what political science people call a tyranny of the majority; a well-known flaw in democracies in which a large group of the population can arbitrarily impose their will on any small group.

As it turns out, democratically elected governments often do things that have mass appeal and only inflict pain on a few. That’s a good way to get re-elected. But aside from the innate unfairness of such policies, there is a fundamental off-with-their-head problem. At any one time, the government can change the rules of the economy and tax away some (or even most) of the money that people were allowed to earn or accumulate. But having done that, you can’t guarantee the money will be there to tax ever again.

When a recent, democratically elected French government imposed an enormous marginal tax rate on the rich, they saw lower tax revenues due to a rapid departure of those being taxed. And having left, they probably won’t go back; once burned, twice shy.

In reading stories in support of the estate tax, two themes dominate. First, advocates point out that this tax only impacts a couple hundred people each year who, because of the current thresholds, are very rich. That’s the tyranny of the majority in different words. Why not have special income taxes on Asian Americans? They are the richest ethnicity in the U.S. by a lot. Everyone would say that was unfair (I hope!), so how is the estate tax any different?

The second recurring theme is that the estate tax doesn’t actually hurt businesses as much as its detractors say. Ownership of small businesses, including large family farms, is not actually threatened by a tax that starts at such high estate values. But this is a tax on the value of assets being passed on to heirs; assets such as land, equipment, and livestock. If these estates were all cash, the tax would be unfair, but it would not require the heirs to sell part of the business in order to pay the tax. How can forcing a business to liquidate some of its productive assets simply because someone died be good for the economy? This is the very essence of the “off with their heads” problem.

One absurd argument that I’ve heard for higher “soak the rich” taxes of all kinds is that some rich people publicly support them. It amazes me that anyone would use that as a justification for any national policy. Some rich people do a lot of things that wouldn’t make for good policy. But to those rich people who feel under-taxed I say, “feel free to donate more of your money to the government.” Governments are social interest organizations that do many good things. They are not the only social interest organization and not the most efficient.

But beyond the idea that some rich people publicly support higher taxes, when anyone has worked hard their entire life, paid all of their taxes, sometimes employed hundreds or thousands of people, and in the end accumulated a substantial estate, there is no economic justification for taxing away part of that estate when the person dies. That is, plain and simple, tyranny of the majority.