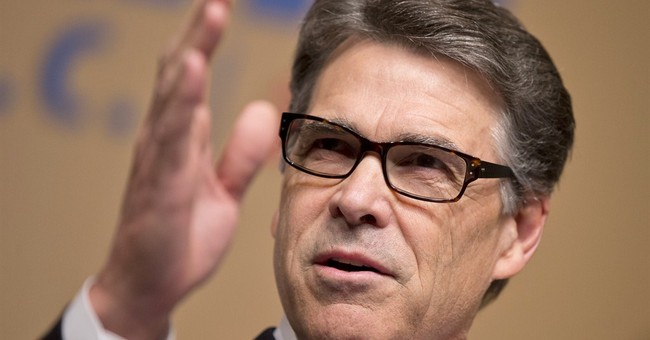 Rick Perry’s entrance into the race for the Republican presidential nomination could continue to push the justice-reform debate further into national politics as candidates from both parties try to stake their claims on these vital issues.

It could not come at a better time, with discussion over sentencing reform ramping up on Capitol Hill.

Perry may seem like an unlikely advocate for justice reform. Texas was once known as a “tough on crime” state, where politicians locked up even nonviolent criminals and threw away the key.

But in 2007, under Perry’s leadership, the Lone Star State began fundamentally changing its approach to sentencing and incarceration. The state’s prison population had grown dramatically, jumping from a little more than 50,000 inmates in 1990 to nearly 174,000 in 2010, according to figures from the U.S. Bureau of Justice Statistics. Over the same period, the incarceration rate grew from 293 inmates per 100,000 residents to 652.

The costs of incarceration, as one might imagine, was significant. Rather than continuing expensive policies that expose nonviolent offenders to very violent prisons, however, Texas got “smart on crime” by focusing on rehabilitation and work-training as a way to reduce costs and encourage offenders to become productive citizens.

“My administration started treatment programs and drug courts for people who wouldn’t be served well by sitting behind bars. We made sure our parole and probation programs were strong,” Perry said earlier this year. “Most of all, we evaluated prisons based on whether they got results. Did an ex-offender get locked up again? Did he get a job? Is he paying restitution to his victims?

“In Texas, we believe in results,” he added.

The results are hard to ignore. Texas saved $2 billion in planned prison construction costs, according to the Texas Public Policy Foundation’s Right on Crime project, which played a major role in the reforms. The state actually closed three prisons.

Though reduced costs to taxpayers are incredibly important, Texas also saw reductions in crime and repeat-offender rates. The overwhelming success of the initial reforms paved the way for future steps, as Right on Crime has found wide support for other reforms.

A 2011 survey found that 80 percent of Texans supported mandatory treatment as an alternative to incarceration for nonviolent, low-level offenders. A more recent survey released in March saw wide support for juvenile-justice reforms, community-supervision programs, and allowing nondisclosure laws that would allow nonviolent offenders to seek employment and other opportunities without the cloud of past mistakes hanging over their heads.

Watching the success unfold in Texas, other traditionally Republican states, including Georgia and Mississippi, began implementing similar reforms, seeing similar results. In Georgia, for example, the crime and repeat-offender rates have dropped, and the state is expected to save $264 million over five years.

Perry thinks justice reform is an issue that can bring Republicans and Democrats to the table to find bipartisan solutions. Solutions are what the U.S. prison system desperately needs.

Appropriations to the Federal Bureau of Prisons have nearly doubled since 2000, rising to $6.445 billion in 2013. In this same period, the federal prison population skyrocketed from approximately 146,000 to nearly 216,000. The cost of incarcerating just one prisoner now hovers around $30,000 a year. According to the Congressional Research Service, federal prisons are, on average, 36 percent over capacity.

“I hope there's some other people that can stand up and be engaged in this debate the way that we did in the state of Texas, where we said, ‘You know what? We are putting some kids in prison for really long periods of time for nonviolent, drug-related issues. So, is there a better way to do this?’” Perry told Fox News host Sean Hannity on the day of his presidential-campaign announcement. “And today, we have now been able to close three prisons in the last four years in the state of Texas.”

Perry does not have a monopoly on good ideas in the field of Republican presidential candidates. Several of his counterparts in the race, including Sen. Rand Paul (R-Ky.) and Ted Cruz (R-Texas), have also raised the issue. Paul, in particular, has made justice reform a staple of his legislative agenda and one of the points of his presidential campaign. Other contenders, however, have paid only lip service to justice reform or have been curiously silent.

Conservative members in both chambers of Congress are working diligently to pass long-overdue sentencing and prison reforms. Perry, with his successful record in Texas, could be a catalyst for substantive bipartisan action to reduce costs to taxpayers and change our approach to corrections for the better.