Congress Must Step Up and Reform Civil Asset Forfeiture Laws 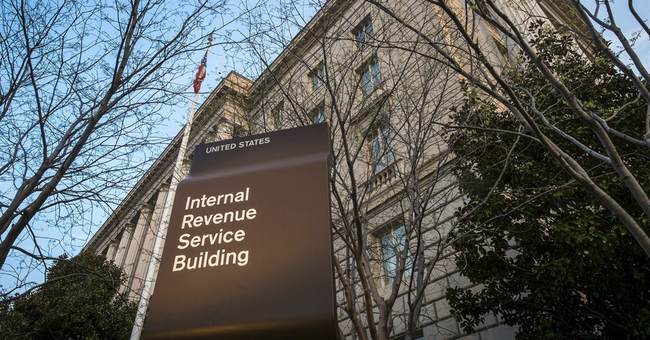 “I did not serve three combat tours in Iraq only to come home and be extorted,” Andrew Clyde, a US Navy veteran, told an oddly united House Ways and Means subcommittee in a February hearing.

Clyde is now a gun store owner near Athens, Georgia, a college town located roughly 70 miles outside of Atlanta. He told members of the subcommittee about his experience with the Internal Revenue Service, which seized $950,000 from his business’ bank account in April of 2013 through civil asset forfeiture.

The Bank Secrecy Act requires financial institutions to report cash deposits over $10,000 to the federal government. When it appears that a person or a business is trying to circumvent this regulation, the IRS can use civil asset forfeiture, a pernicious tool that gives extraordinary power to the federal and most state governments to ignore constitutional protects of due process, to seize property from those merely suspected of a crime, many of whom have not done anything wrong.

As concern about new gun control regulations grew in late 2012 and early 2013, Clyde Armory saw a tremendous boom in business. The business made deposits of less than $10,000 because of an insurance policy, but the pattern was reported to the IRS by his financial institution.

Clyde was never charged with nor convicted of a crime. But the money – which he and his employees worked hard to earn – was taken by the government. He was guilty until proven innocent, an egregious distortion of how the justice system is supposed to work.

After a long and difficult legal fight, the IRS agreed to give Clyde the money it wrongfully took from him – well, mostly. Though he did absolutely nothing wrong, other than unwittingly show up on the federal government’s radar, Clyde forfeited $50,000 to the IRS, which he describes as “a tactical retreat.” He paid another $100,000 in legal fees.

Clyde Armory is just one example of a legitimate business that fell victim to civil asset forfeiture. Clyde testified alongside Randy Sowers, a Maryland-based creamery owner, and Jeff Hirsch, who owns a distribution company in New York, at the February hearing. Both recounted similar experiences with the IRS and civil asset forfeiture. Their testimonies had the subcommittee – Republicans and Democrats alike – beside themselves with anger and frustration over the actions of the IRS.

The trio represents the tip of the iceberg. In a February report, the Institute for Justice, a libertarian public interest firm, noted that the IRS seized $242 million in some 2,500 cases in which “structuring” – frequent cash deposits under $10,000 – was suspected. In at least a third of these cases, no illicit activity was alleged outside of structuring.

“Nearly half of the money seized by the IRS was not forfeited, raising concerns that the IRS seized more than it could later justify to forfeit the cash,” the Institute for Justice explained.

Although the IRS announced in October that it would no longer steal innocent people’s money, it appears that some in the agency did not get the memo, which is why Attorney General Eric Holder, in one of his final acts in office, announced a significant policy change to rein in abuse of civil asset forfeiture by the IRS and federal prosecutors.

The Justice Department is in the midst of a review of civil asset forfeiture. In January, Holder announced new restrictions on the Justice Department’s “equitable sharing” program, through which the federal government adopts property seized by state and local law enforcement agencies. The federal government sends up to 80 percent of the proceeds back to state and local agencies.

Although the restrictions on adoption and equitable sharing are a good first step, it left open a substantial loophole.

The latest policy change related to structuring is grounded in common sense. It requires that criminal charges be filed before the IRS seizes bank accounts whose owners are suspected of structuring their deposits.

Obviously, these are welcome policy changes, but good policy should be codified into law. Sen. Rand Paul (R-Ky.) and Rep. Tim Walberg (R-Mich.) have introduced a bill, the Fifth Amendment Integrity Restoration (FAIR) Act, that would require a higher burden of proof and remove the profit motive that often comes with seizures of property. Senate Judiciary Committee Chairman Chuck Grassley (R-Iowa) is also working on a bill to curtail civil asset forfeiture.

With justice reform a high priority for many members, Congress must take steps to protect innocent Americans from abuse of civil asset forfeiture by overzealous federal agencies, prosecutors, and law enforcement at all levels of government.