Compassionate Conservatism is a Love Song to Big Government 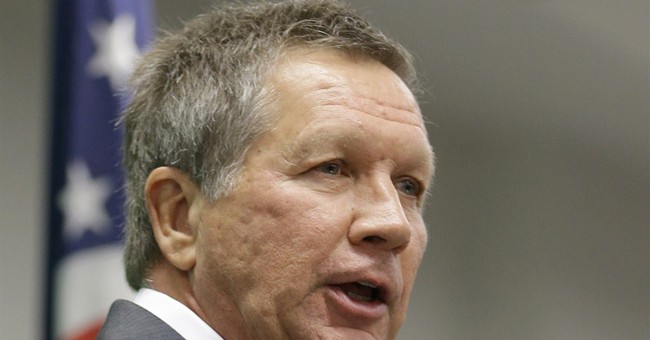 Few aspects of the Republican Party affair with the welfare state are worse than the crooning from politicians who offer “compassion” as an excuse for betraying conservatism.

Spending money that isn’t yours is not generous. Promising benefits that taxpayers can’t afford – and that often hurt the recipients, regardless – isn’t compassionate. These are not difficult concepts.

But when a “conservative” decides growing government is his best career move, he further entrenches broken programs both by expanding them and by insulating stupid arguments from the public shaming they deserve.

Think back to all the times you’ve heard variations of, “cut Bush/Dole/McCain/Romney some slack, we agree 90% of the time,” or, “you guys loved spending on this when Dubya backed it!”

The first thing a compassionate conservative will tell you about his decision to spend more of your money on some failed entitlement program is that he’s not motivated by politics.

This is a dead giveaway that he’s motivated by politics.

Consider Ohio Governor John Kasich, a Republican who ran against Obamacare in 2010 and is now one of America’s foremost advocates of Obamacare’s Medicaid expansion.

To name only a few of the problems with the Obamacare expansion, Medicaid is already rejected by 28% of Ohio doctors, Medicaid expansions in other states have failed by nearly any metric, and DC is already $17 trillion in debt.

With that in mind, Gov. Kasich could have stopped an estimated $53 billion in federal spending and $4 billion in state spending through 2022 by refusing to expand Medicaid.

Instead, Kasich spent a whole year serenading the Obamacare expansion with lyrics asserting Ohio must claim its “fair share” of federal money to help Ohioans who are living “in the shadows.”

Repeatedly insisting that God supports Medicaid expansion, Kasich has used everyone from drug addicts to the mentally ill to veterans as props for new federal spending – because obviously Ohio’s governor cannot help Ohio’s disadvantaged except by digging DC deeper into debt.

How has one self-described conservative’s advocacy of bigger government echoed through state and national politics?

Hospital executives and the rest of the entitlement lobby have showered Kasich with praise; everyone loves being handed more of someone else’s money.

The legacy press has cheered Kasich’s awkward embrace of the welfare state, pretending his lunge to the left proves the worst policy enacted in Ohio in 30 years has no credible critics.

Since the Ohio Republican Party only cares about winning elections, Party flacks cover for Kasich by repeating his awful rhetoric, telling adherents to shun critics from the right, and then changing the subject.

Everything the national GOP and GOP-friendly pundits know about what’s happening in Ohio comes from the state GOP, so Kasich’s abandonment of principle has little impact on 2016 presidential chatter.

Meanwhile, John “Caring” Kasich has handed the Obama Administration a much-needed Obamacare win, making it tougher for conservatives in other states to stop their own treacherous Republicans from chasing “free” Medicaid expansion money.

Does this sound like a formula for a compelling limited-government narrative?

Of course not, but it’s a cover of a song you’ve heard a hundred times before. The next election is never far away, so conservatives can either sing along or shut up.