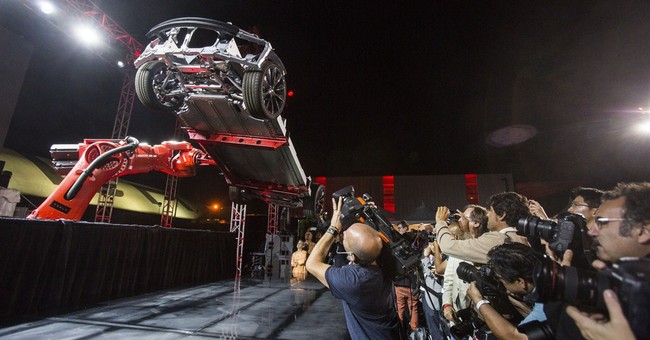 Against the interests of Michiganders, Governor Rick Snyder has signed a bill banning Tesla Motor’s direct-to-consumer automobile sales in the state.

The original focus of House Bill 5606 was on determining how franchise-dealership fees are charged. Then, right before the vote, an amendment banning automobile sales directly to consumers was added by State Senator Joe Hune. This backhanded maneuver shielded the amendment from public comment and debate.

Passed unanimously in the State Senate and with only one dissenting vote in the House, the “anti-Tesla bill” is an economic loss for Michigan. The state will miss out on tax revenue from sales of expensive Teslas (which can sell for over $100,000), but the negative consequences extend much further and speak to the widespread problem of special interests controlling politicians.

Unlike other car manufacturers, Tesla sells its vehicles directly to consumers in Apple-like retail locations without dealerships, outside salesmen, and price negotiations. Tesla is free to completely own the branding and ensure customer experiences meet its standards. This bypasses dealerships and their supporters such as the Big Three automakers who are, unfortunately, powerful political players.

The rationale for forcing people to buy cars at dealerships is not public safety. It is protecting favored industries that have contributed significant sums of money to politicians across the nation—especially in Michigan.

Governor Snyder has received more than $175,000 this election cycle from automotive companies. Is it any wonder that General Motors and Ford both said in statements that they “applaud” Governor Snyder’s decision. The Michigan Auto Dealers Association has been a long-time backer of Hune, and his wife is a lobbyist for auto dealers. While Snyder is calling for the legislature to eventually debate the merits of requiring automobile sales through dealers, if the results of the vote on HB 5606 are any indication, the Big Three and Michigan dealers have no reason to worry—they already have the legislature in their pockets.

The influence of these groups extends far beyond Michigan. The National Auto Dealers Association has spent $2 million on federal candidates during the current cycle. General Motors, Ford Motor Company, and Chrysler have spent a combined $34 million on federal lobbying and political contributions in the 2014 election cycle. Alternatively, Tesla has only spent $8,600.

The policies favored by automobile makers and dealerships raise prices for consumers. A Department of Justice report found that dealerships raise the cost of new vehicles, and advocates eliminating them. The report estimates that the cost of the current distribution system accounts for 30 percent of the vehicle price—and half of this increase is directly from dealerships.

The dealership model does have some benefits, such as flexible prices based on low financing rates. Dealerships also offer places for customers to service their vehicles. However, if dealerships benefit customers, why is it necessary to ban other manufacturers from using direct sales? If all consumers were truly benefitting, there would be no need to force everyone to shop at dealerships.

Technological advances are making direct order and delivery of automobiles economically feasible and appealing to certain buyers. Automobile companies that choose to sell directly to the public can also offer maintenance centers or direct their customers to qualified mechanics.

In other states that ban Tesla’s direct sales to customers the company still is free to offer “galleries” which do not sell vehicles, but let consumers learn about cars. Michigan is going a step further and banning informational galleries as well, so Tesla is not even free to talk to people about its cars. Apparently some hold entrenched business interests in higher esteem than free speech.

Consumers have very different preferences and reasons for purchasing vehicles, so one-size-fits-all systems make for poor policy. The market offers a variety of options for purchasing other consumer goods. Customers can choose from shopping directly with the manufacturer, visiting physical retail stores, or browsing online. Imagine if you could buy your next car on Amazon. The convenience and simplicity would appeal to many consumers who dislike the negotiating process and lengthy encounters with car salesmen.

Meeting the needs of diverse consumers requires retailers that are similarly diverse. Eliminating harmless transactions between consenting adults only strips consumers of choice and is detrimental to the interests of all involved—except entrenched competitors. When freedom of entry is limited, consumers lose.