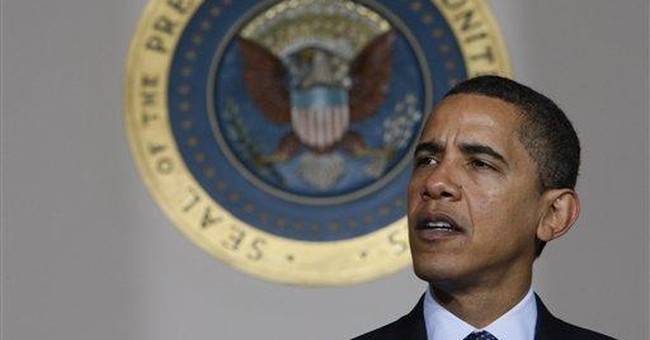 It would be disastrous for a Republican President to have a first two weeks like those experienced by the Obama Administration. After promising the highest possible ethical standards, the President’s nomination process has become a political circus, with one after another of his nominees having tax problems. Even Treasury Secretary Timothy Geithner — the man who will be handling the nation’s finances — tried to defraud the American treasury while he was an executive at the International Monetary Fund (IMF). He not only failed to pay taxes on his income while employed by the IMF, he used the statute of limitations to avoid the problem until he wanted to become Secretary of the Treasury. Ironically, former Senator Tom Daschle, who ran an advertisement during the 1980s campaigns about driving himself to work in an old car, had to drop out of consideration for Secretary of Health and Human Services because of what The Washington Post called a $146,000 tax problem related to a chauffeured automobile provided by a rich patron.

Moreover, Obama took a double hit on Tuesday when, in addition to Daschle, his nominee to be the first chief performance officer for the federal government, Nancy Killefer, had to withdraw her candidacy due to tax issues relating to her handling of unemployment compensation taxes for her household help. And, after pledging to make the White House a lobbyist-free zone, the Obama Administration is acknowledging that they will need to “make exceptions” to the pledge.

Then there are a series of actions that are hurting the new President’s credibility. There are reports that Obama conducted negotiations with al Qaeda for several months before he was elected as the 44th President of the United States. He supposedly conducted “discreet” talks with Iran and Syria. According to some foreign policy experts, those overtures — along with the President’s executive order to close the U.S. detention center at Guantanamo Bay within a year and Obama’s commitment to leave Iraq within 16 months — have created an impression among Muslim nations of a new American tentativeness that might embolden terrorists to take advantage of what they perceive as weakness.

After contentious confirmation hearings, Eric Holder was named attorney general, even though he has been quite open about his plans to reverse the Bush administration’s counterterrorism policies. Holder, who was involved in the Mark Rich pardons at the end of the Clinton Administration, will be in charge of reviewing Bush’s surveillance policies to determine whether they infringed on the people’s right to privacy and their civil liberties.

Then, somewhat surprisingly, a Gallup Poll indicates that nearly two-thirds of Americans disapprove of the new President’s radical abortion policies, with only 35 percent agreeing with his reversal of the Mexico City Policy that will now allow American tax money to fund groups that promote abortion in foreign nations. There are also indications that the Obama Administration plans to force health care providers to perform abortions. Currently, three lawsuits are pending which would overturn regulations that protect health care providers from being forced to either perform abortions or refer patients to others for abortions. Most Americans believe in freedom of speech and religious liberty, which would, of course, allow medical practitioners to follow their consciences in matters affecting the sanctity of human life.

Ironically, some of the pro-life people who voted for President Obama because they perceived him to be an evangelical Christian or liked his “hope and change” campaign theme have had a rude awakening as they’ve discovered his radical abortion stances. Somehow those voters did not connect his rhetoric with his voting record or his published positions on the critical issues facing the nation.

Many Americans were appalled by the tone of moral superiority evident in Mr. Obama’s inaugural address as he contrasted his proposed new directions to those of former President George W. Bush. After President Bush’s graciousness during the transition and the numerous ways that the Bushes extended generous hospitality to the incoming presidential couple, it was particularly jarring to hear the condescending political rhetoric at the Inauguration, where unity and nonpartisanship are more typical and definitely more appropriate.

Then there are the missteps about the so-called “stimulus bill.” House Speaker Nancy Pelosi, seemingly unaware of revealing a hidden agenda, described the bill as legislation “taking America in a new direction.” The radical bill brought to the House floor by the Democrats, and unanimously opposed by the House Republicans, is a partisan wish list of liberal programs that seems designed to increase government spending, the taxes on working families, and the national debt rather than to stimulate the economy and improve the lives of middle-class Americans during these turbulent times of economic crisis. The pork-barrel aspects of the bill are daunting, from $25 million for improving off-road trails for ATVs to $50 million for the National Endowment for the Arts. No wonder 300 economists oppose the bill — one of them even called it an “$800 billion mistake.”

All of these factors combine to constitute a very rocky beginning to the Obama era — with even more initial missteps than the hapless Carter presidency. The political clumsiness is particularly jarring given Obama’s nearly flawless presidential campaign — at least flawless as reported by the fawning media. His approval ratings have fallen from an astounding 80 percent down to 61 percent — a more reasonable percentage, but quite a precipitous drop and a level that is below that of President George W. Bush at the same point in his presidency even after a contentious final vote count with the opposition party’s (unwarranted) feeling that the election was stolen from them. The adulation from the media continues, but the public seems to be opening its eyes as it discovers that the “change” we’re getting is a radical wish list pushed into reality by Reid and Pelosi with assists from the White House.