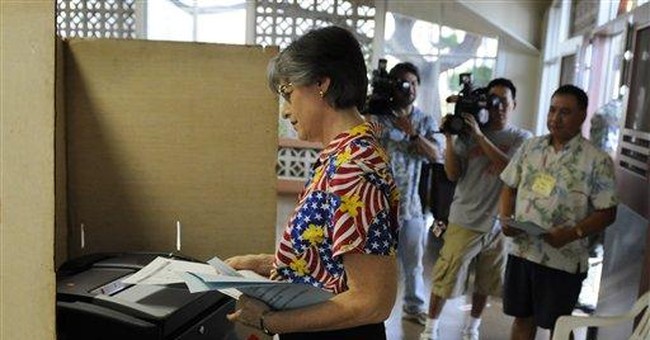 Unmarried women supported Barack Obama by a 70-to-29 percent margin, and they voted for Democratic House candidates by a similar margin — 64-to-29 percent. These margins mean that unmarried women edged out both younger voters and Hispanic voters as the demographic with the strongest support for President-elect Obama. These unmarried women voters joined with younger voters and people of color to create what GQR calls a “new American electorate” — voters with a decided preference for liberal candidates.

Gender played a bigger role in the 2008 presidential campaign than ever before with Senator Hillary Clinton almost beating Senator Barack Obama as the presidential nominee for the Democrats and Alaska Governor Sarah Palin as the Republican vice-presidential candidate. Throughout the election cycle, candidates sought the so-called “women’s vote.” Pundits grimaced when Hillary famously lost her iron control in the New Hampshire primary and almost shed tears talking about the rigors of campaigning.

Newsweek ran a cover story promising to reveal “What Women Want,” and dozens of polls tallied up people’s attitudes toward female candidates. With over 18 million supporters, Senator Clinton ran the most competitive runner-up campaign in history and broke down numerous barriers with her professional demeanor on the campaign trail. She famously said that she was responsible for 18 million cracks in the glass ceiling.

Numerous pundits assumed that the Democratic candidate, Senator Obama, would be compelled to pick a female running mate, and many thought he should (or would have to) pick Hillary. Instead, it was the Republican, Senator McCain, who chose the female vice-presidential candidate, who was subjected to vicious, frothing-at-the-mouth attacks because she was pro-life rather than pro-abortion and because she was an evangelical Christian. The attacks came from all directions — the blogosphere went crazy printing outrageous accusations; feminists wrote columns arguing against her narrow-minded viewpoints and anti-woman biases; a made-up controversy (the so-called “Troopergate”) made her appear to be just another corrupt politician (though she was cleared of all charges when newspapers reported the results of the investigation near the end of the campaign — in fine print on back pages); the media went wild over reports that she bought $150,000 worth of new clothes for the campaign (turns out the Republican National Committee did the buying and bought enough for her to pick and choose things that fit and looked nice — the rest were returned, and after the campaign, all the purchases were returned to the RNC); and finally, she was interviewed by two major reporters, Charlie Gibson and Katie Couric, who conducted lengthy interviews and then edited them down to the most damaging clips for two disastrous television broadcasts in mid-campaign that were repeated ad nauseum on cable channels and YouTube clips that haunted the GOP for the rest of the campaign season.

Palin’s fervent views against abortion and her decision to give birth to her Down Syndrome baby, Trig, were described as “extremist positions on the life issue,” and the abortion lobbyists set out to destroy her with the politics of personal destruction. It was not just a matter of defeating Sarah Palin; it was a ubiquitous campaign to utterly devastate her and leave her reputation in such shambles that she could never again run for public office, nor could any future politician dare to choose a pro-life running mate. Thus, a woman with more executive experience than the other three candidates put together was caricatured to appear clueless, ignorant and not ready for prime time. A courageous candidate who took on corruption within her own party was shielded from the media like a delicate, hot-house plant. The Hockey Mom was over-scripted and under-utilized. And, the “Pit Bull in Lipstick” wasn’t allowed to perform the typical veep role of attacking the opposition. The GOP should have listened to Dianne Feinstein who once said, “Toughness doesn’t have to come in a pinstripe suit.”

Thousands of evangelicals voted for a man that they believe supports their Biblical values. Thousands of voters cast their ballots for a man whose stances on dozens of critical issues are dramatically different from what those voters heard during the months of campaign rhetoric. Those voters are in for a rude awakening when the new president starts issuing executive orders supporting a far left agenda and appointing Supreme Court justices who legislate from the bench to overturn the will of the people.

Thousands of women voted for a man that they believe is pro-life. Those pro-life Christians who were duped into voting for a pro-abortion candidate will suffer “buyer’s remorse” when they see the abortion agenda expanded. As Emma Goldman said in the early 1900s, “There is no hope even that woman, with her right to vote, will ever purify politics.”