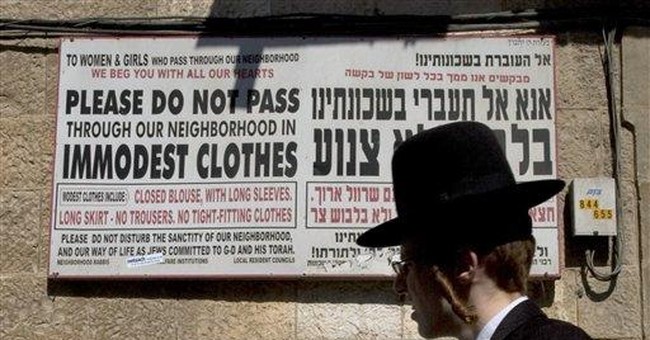 In the days before automatic garbage disposals in kitchen sinks, good housewives would wrap up the household garbage and throw it away. Harkening back to those “good ‘ole days,” several organizations joined together in 1987 with Norma Norris, a woman who was determined to get rid of pornography by raising awareness of the numerous ways that pornography hurts people and harms communities. Thus, the annual White Ribbons Against Pornography (WRAP) campaign was launched — with dozens of organizations, including Concerned Women for America — urging supporters to wear and/or display a white ribbon indicating their opposition to pornography during WRAP week, October 26 — November 2.

Since 1987, in spite of the feminist movement that was supposed to keep women from being mere sex objects, women have increasingly been depicted in degrading and debased ways. Now, with the demand for younger and younger images, the harm has spread to children. Further, the exploding pornography industry — producing more than 15,000 new adult industry titles every year — has increased the demand for women and children photographed and filmed in sexualized situations far beyond what anyone could have imagined 20 years ago when the WRAP campaign started.

The naïve argue that what someone does in private is nobody else’s concern. Research shows, however, that pornography and obscenity are very much everyone’s concern. Pornography has become a multi-billion dollar industry — $5 billion annually — that victimizes both those who are involved in its production as well as those who consume the products. We have documented evidence today that pornography affects us all; it harms its users and the impact spreads to all who are connected with those individuals: the wives or husbands, boyfriends or girlfriends, and the whole family. We should be especially concerned about the nation’s children. The National Center for Missing and Exploited Children reports that they receive more than 1,000 complaints annually about online obscenity affecting children.

For some people, magazines like Playboy, Hustler or the free online adult pornography sites serve as a gateway to more graphic and perverted images. For certain ones, an addiction to violent and sadistic images is linked to sexual assault. The Federal Bureau of Prisons issued a study last year reporting that 85 percent of prisoners convicted of possessing child pornography admitted to abusing at least one child.

The ill-informed argue that they have a First Amendment right to view pornography, but nothing could be further from the truth. Our free speech rights do not extend to pornography, which, if allowed, would give one person the “right” to abuse and debase another person. The Supreme Court ruled in 1973 that “obscene material” is not protected under the First Amendment. Thus, obscenity is illegal and has been since 1973. In 1996, an amendment strengthened the law so that using an interactive computer service to transmit obscene materials is prohibited. The problem is that State Prosecutors and United States Attorneys cannot prosecute unless violators of the obscenity laws are brought before them.

When cases are brought to trial, they are prosecuted successfully. The Supreme Court has been clear that there are “legitimate governmental interests” at stake in stemming the tide of obscene materials; such actions directly impact public safety, public morality, family life, and lead to a decent society. Pat Truman, former chief of the Child Exploitation and Obscenity Section of the U.S. Department of Justice, reports, “Nearly every obscenity case in the last 30 years has resulted in a conviction, so we need to increase dramatically the number of cases indicted.”

As citizens, we need to complain when we see violations of the obscenity laws. As concerned citizens, we need to ask state and local legislators to act responsibly regarding sexually-oriented businesses; they end up costing the community in numerous ways that harm citizens far beyond the real money expended in policing and regulating. As the saying goes, “If you do nothing in the face of evil, evil prevails.”

But we need to do much more than exercise our citizen responsibilities. We face an apathetic and ill-informed public, so one of our most immediate challenges is changing society so that cultural influences will curtail the demand for pornography. The public needs to become aware of the terrible impact of pornography on individuals, families and communities. Our pastors need to preach about the “wages of sin” regarding objectifying women and sexualizing children. Community leaders need to support the fight against pornography — far too many are “under the table” supporters of the up-front profit of sexually-oriented businesses without realizing the behind-the-scenes costs when criminal networks and unsavory characters invade the town.

Our re-education campaign must extend to changing public perceptions. While 75 percent of Americans support enforcing obscenity laws, we have become an amazingly accepting society that is virtually impossible to offend. Too many people shrug their shoulders and turn away as though offensive material and behavior are not their business. People are not outraged; instead, they accept images on their television screens and computer monitors that would have shocked previous generations and should shock ours.