Comparing McCain and Obama on Abortion and Same-Sex Marriage 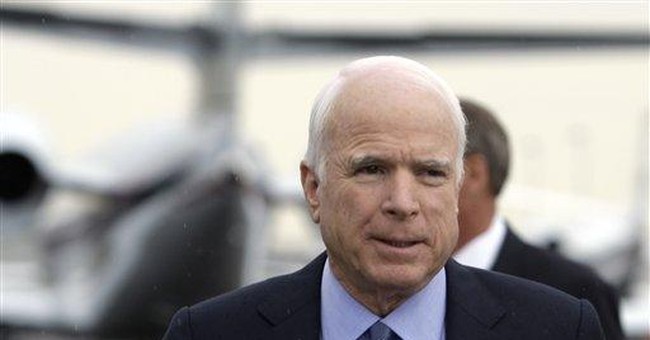 The old maxim “actions speak louder than words” is particularly appropriate in an election season. Count on it: Where there’s political rhetoric, there is spin. This year, as in the past couple of presidential elections, the Evangelical vote is a key voting bloc. That means political speeches that address abortion and same-sex “marriage” are important to decipher: Evangelicals’ perceptions relating to these issues may prove decisive in determining whom they vote for, if indeed they decide to vote at all.

What is essential for a true understanding of the candidates’ positions is to examine how each has backed his rhetoric with action. The best way to discern how the candidates will lead in the future is to lay out the salient facts about specific past behaviors — how they voted, what they did, the stances they took, and how they were rated on individual issues. Among family values issues important to Evangelicals, two that are particularly important are abortion and same-sex “marriage.”

Abortion: On the issue of abortion, the two major candidates are polar opposites. Senator McCain has said he would overturn Roe v. Wade, while Senator Obama has said he would “protect a woman’s right to choose” — the feminists’ language for abortion-on-demand. The highly influential political action group that works to expand access to abortion, NARAL (which is shorthand for NARAL Pro-Choice America), gave Senator McCain a zero percent rating for not supporting their cause and Senator Obama a 100 percent rating — confirming their very different voting records on issues related to abortion. McCain opposes partial-birth abortion, while Obama supports even that extreme version of abortion. McCain supports parental notification when a minor seeks an abortion; Obama opposes that parental right. Both candidates support research on embryonic stem cells and abortion in the case of rape. Senator McCain acknowledges the danger that abortion can pose for a woman’s health and has stated that the abortion issue reveals the kind of nation we are.

Same-Sex “Marriage”: The two candidates’ positions on same-sex “marriage” are not quite as diametrically opposed as are their stances on abortion issues. The Human Rights Campaign (the nation’s most radical activist group for Gay, Lesbian, Bisexual and Transgender rights) rates McCain 33 percent and Obama 89 percent in their pro-homosexual rights record. Both candidates have said that they would leave the decision on same-sex “marriage” to the individual states, but McCain wobbles on the particulars. He has said that banning same-sex “marriage” is “unRepublican,” but he would support legislation that would prohibit same-sex “marriage.” McCain opposes hiring discrimination and would keep the military’s “don’t ask, don’t tell” policy because “it works.” He would be “comfortable with a gay president.” He would not, however, add “sexual orientation” to “hate crimes” legislation.

Obama, on the other hand, would add “sexual orientation” in the anti-discrimination laws. Further, he has said that homosexual behavior is no more immoral than heterosexual behavior. He believes that being “gay” or lesbian is inborn. He supports civil unions, opposes the California marriage initiative and the federal Defense of Marriage Act, and has stated that “gay rights are civil rights.” Obama thinks that having children exposed to homosexuality is fine because “they know already.”

Clearly, on the issue of abortion, Senator McCain is in closer harmony (except for embryonic stem cell research) with Evangelicals. On the issue of homosexual “rights,” Senator McCain is closer to Evangelicals, but there remain some thorny positions that will cause him difficulty in getting support from those he needs to win over before the November election if he hopes to win.