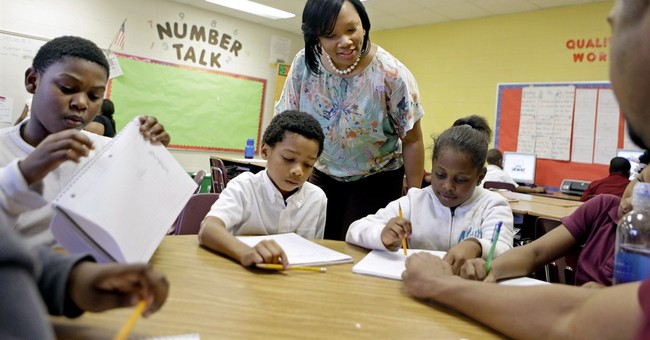 Editor's Note: This column was co-authored by Heidi Huber, founder of Operation Opt Out Ohio.

Parents across the nation are in open revolt against the testing mania that has seized public schools under No Child Left Behind (NCLB) and the Common Core national standards. In some states, thousands of students — 200,000 in New York alone — are refusing the “mandatory” assessments. One would think the Washington politicos who are writing the NCLB reauthorization bill would take note of this widespread rebellion and would ease — or better still, eliminate — the federal testing requirements. But unlike the repentant thief who returns the loot, the federal government never willingly relinquishes power it has stolen from the states.

Senators Lamar Alexander (R-TN) and Patty Murray (D-WA) are collaborating on an NCLB rewrite dubbed the “Every Child Achieves Act” (ECAA). This bill maintains NCLB’s requirement of administering annual assessments in English and math in grades 3 through 8 and once in high school. But ECAA doesn’t ignore the “opt out” movement – in fact, it adds language that effectively encourages the states to lower the boom on noncompliant students and parents.

Under ECAA (as under NCLB), state assessments must “[m]easure the annual progress of not less than 95% of all students . . . .” But while NCLB applies this requirement only to the subset of low-income schools that receive federal Title I funding, ECAA extends the requirement to all schools by making it part of the mandatory state accountability system. If ECAA passes, expect USED to ramp up its threats against states that have too many opt-outs and thus fail in their commitment to ensure 95% participation.

During recent debate on ECAA, an amendment was added that nominally protects the right to opt out of assessments: “Nothing in this part shall be construed as preempting a State or local law regarding the decision of a parent or guardian to not have the parent or guardian’s child participate” in the federally mandated assessments. But this language wouldn’t apply unless a state or locality has a law affirmatively protecting the right to opt out, which few do. And while this language could prohibit USED from punishing parents or students who choose to opt out, it would not appear to affect measures taken against states, districts, or schools. If the bill intends to protect the states against retaliatory measures from USED, it should say so. It doesn’t.

ECAA also continues to mandate that results of high-stakes assessments be used in state accountability systems. For example, the bill requires states to use assessment scores, progress toward readiness for “college and the workforce,” and high-school graduation rates as a “substantial” portion of a school’s grade. So not only must states ensure 95% participation in the assessments, they must use the results to rate their schools.

Is Congress so disconnected from its constituents that it fails to understand the deep-seated objections to these mandatory assessments? Apparently parental complaints have been drowned out by the entreaties of testing giants such as Pearson Education, Educational Testing Service, Houghton Mifflin Harcourt, and McGraw-Hill, which have protected their lucrative testing turf by spending a combined $20 million on lobbying efforts.

The companies get rich and the federal government gets increased control. It will be a win-win for the public/private partnership cronies, while students will lose on every front.

Leadership is bull rushing the No Child Left Behind reauthorization bill through. But all has not been lost, at least not yet. We hope people will realize what’s going on and will demand that Congress prohibit the Feds from dictating to the states how often and in what subjects children must be tested.