Digging out of the Mess We’re in

James Wanliss
|
Posted: Jan 29, 2016 12:01 AM
Share   Tweet
The opinions expressed by columnists are their own and do not necessarily represent the views of Townhall.com. 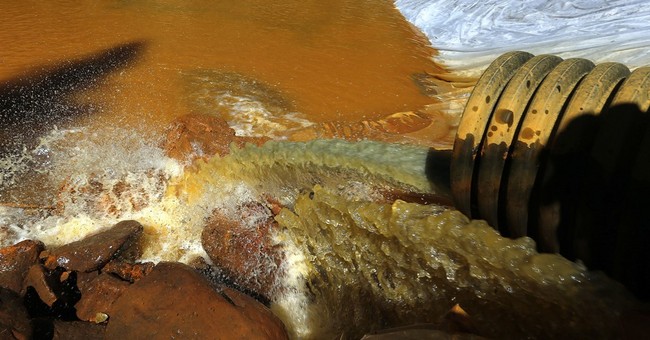 How does one dig out of an epic snow storm like we’ve just experienced? First, it is necessary to admit the reality of what just happened. Yes, that really is snow falling from the sky. Next it helps to have a sense of humor as you choose the direction to dig. There is no substitute for the labor of shoveling snow, one load at a time, but you had better aim in the right direction. As Yogi Berra once said, “If you don’t know where you’re going, you’ll wind up somewhere else.”

This raises a question about the United States in the final year of the tenure of President Barack Obama. In what direction is the country going?

One might say a great deal about the social direction, but let’s look at the economic climate. The US economy is struggling. Manufacturing continues to flee overseas as high taxes and the American politicians’ and bureaucrats’ love affair with regulation dampen growth prospects.

An important factor in this equation is the cost of electricity. At every turn the ship of industry must deal with the iceberg of rising electricity costs and is ripped stem to stern by environmental regulations that make prices higher for everything. This is not accidental. In a January 2008 interview with the San Francisco Chronicle candidate Obama promised that, if elected, he would seek to fundamentally transform America. Far from increasing access to energy and lowering its cost, Obama promised that under his administration, “electricity rates would necessarily skyrocket.”

Soon thereafter the EPA ruled, contrary to the best science, that carbon dioxide was a hazardous pollutant and would be regulated under the Clean Air Act, thus empowering the President to ignore Congress and enforce his green agenda via executive orders.

This green agenda, aggressively pursued by the President, intentionally raises the price of energy for American industry. Energy is typically one of the top three expenses for businesses, representing an average of 19% of total expenses and accounting for 75% of a company's carbon footprint.

EPA regulations on coal-fired power plants are hitting hard and ensuring that we are now in a regime of sustained rises in prices for residential and industrial energy use. In the immediate future at least 32 American mostly coal-fired power plants, which serve over 22 million households, will close as they are effectively buried by blizzards of government regulations. The result is rising energy costs that hit business hard. But the mandated substitution of low-cost energy sources for high-cost ones hurts even more the poor, the elderly, and others on a fixed income. E. Calvin Beisner, national spokesman for The Cornwall Alliance for the Stewardship of Creation, calls such ‘fuel poverty’ the deadly side of renewable energy.

Former US Senator Tim Wirth approves of the long-term environmentalist strategy of using the “enormous regulatory authorities at the EPA” to fundamentally transform American access to energy. This punishing strategy leaves power utilities squirming under loads of new regulatory and tax realities. In a request to increase rates for North and South Carolina customers by $500 million Duke Power, the third largest electricity utility in the USA, wrote, “In addition to the significant costs associated with existing state and federal environmental and other regulatory requirements … we are facing expected greenhouse gas reduction requirements in the near future.”

Massive electricity rate increases no longer merely hover on the horizon. The regulations are now snowing down with increasing intensity.

Of all their challenges, Duke writes, “[o]ne of the most significant … is the cost and technological obstacles of compliance with anticipated climate change legislation.” Another contributor to the Duke reportwrites, “Greenhouse gas regulation is the fulcrum of all the major challenges we face.”

Government-mandated ‘green’ energy is expensive, inefficient, unreliable, and unsustainable. That means costs will continue to rise as government forces consumers to use energy sources like solar and wind. Keith Martin, a lawyer representing developers of alternative energy projects, says it will not be long before “we could experience ratepayer backlash.” We have to dig out of this mess.