A Victory for Innovators and Dynamic Competition

James Edwards
|
Posted: Sep 05, 2020 12:01 AM
Share   Tweet
The opinions expressed by columnists are their own and do not necessarily represent the views of Townhall.com. 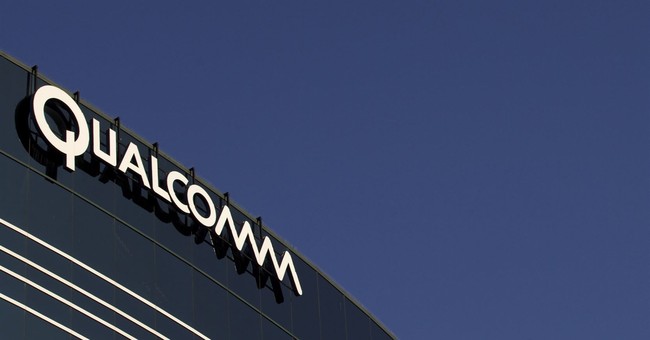 The Federal Trade Commission had brought a highly suspect antitrust lawsuit against wireless technology leader Qualcomm. The culmination in the appellate defeat for the FTC proves correct dissenting Commissioner Maureen Ohlhausen’s assessment of “an enforcement action based on a flawed legal theory (including a standalone Section 5 count) that lacks economic and evidentiary support, that was brought on the eve of a new presidential administration, and that, by its mere issuance, will undermine U.S. intellectual property rights in Asia and worldwide.” She nailed it.

As the Wall Street Journal editorial said, “The Ninth Circuit Court of Appeals on Tuesday, in a 3-0 ruling, smacked down government lawyers who sought to hang Qualcomm for being successful and the federal judge who entertained their antitrust adventurism.”

This unanimous judgment illustrates how the exclusive right over a patented invention for a limited period ought to be understood in relation to antitrust. Exclusivity must mean exclusivity. Otherwise, patents aren’t reliable and don’t secure enforceable property rights.

Thankfully, the Ninth Circuit panel didn’t let the district court’s misreading of the intersection of intellectual property and antitrust stand. The trial court’s ruling would have inflicted far-reaching harm at the leading edge of technological advancement.

It would have given the technological status quo in all fields a monopoly that blocks practical adoption of next-generation inventions. The district court would have fundamentally disadvantaged U.S. innovators while advantaging China and other global competitors in fields such as 5G wireless, computer-implemented invention and biopharmaceuticals.

The Ninth Circuit opinion instructs as to how IP and antitrust interrelate. The decision reads like a case study in how a research-and-development leader whose technology becomes the industry standard exercises patent exclusivity within a dynamic market while operating lawfully within the confines of FRAND (fair, reasonable and nondiscriminatory patent licensing) commitments and antitrust’s actual boundaries.

For example, the appeals court correctly found no antitrust violation in the industry practice of licensing standard-essential patents (SEPs) and other patents to original equipment manufacturers rather than to “upstream” implementers. Because of the doctrine of “patent exhaustion,” Qualcomm and other SEP licensors adjusted course. Otherwise, they would quickly lose their rights over those patents, devaluing the fruits of their R&D labor.

The ruling carefully discerns who SEP owners’ customers are. Qualcomm “is not an OEM. That is, Qualcomm does not manufacture and sell cellphones and other end-use products (like smart cars) that consumers purchase and use. Thus, it does not ‘compete’—in the antitrust sense—against OEMs like Apple and Samsung in these product markets. Instead, these OEMs are Qualcomm’s customers.”

The panel also digs into the intricacies of contracts and industry practices that fall within fair competition. “Qualcomm’s practices, taken together, are ‘chip supplier neutral’—that is, OEMs are required to pay a per-unit licensing royalty to Qualcomm for its patent portfolios regardless of which company they choose to source their chips from.”

The tradeoff for patent owners, such as by requiring a license in order to buy Qualcomm modem chips, the panel said, is found in “agreements, which essentially function as patent-infringement indemnifications, [that] include reporting requirements that allow Qualcomm to know the details of its rivals’ chip supply agreements with various OEMs. But they also allow Qualcomm’s competitors to practice Qualcomm’s SEPs royalty-free.”

The circuit court found “a substantial portion of the district court’s ruling considered alleged economic harms to OEMs—who are Qualcomm’s customers, not its competitors—resulting in higher prices to consumers. These harms, even if real, are not ‘anticompetitive’ in the antitrust sense—at least not directly—because they do not involve restraints on trade or exclusionary conduct in ‘the area of effective competition.’”

In short, the FTC and the district court were wrong on the facts, wrong on the law, and wrong in applying antitrust law where patent law or contract law or even simply allowing market competition to work properly controls.

The victory here is for allowing dynamic competition to blossom when IP exclusivity is being exercised. Otherwise, as former FTC Commissioner Joshua Wright has noted (and the Ninth Circuit quoted), “imposing antitrust remedies in pure contract disputes can have harmful effects in terms of dampening incentives to participate in standard-setting bodies and to commercialize innovation.”

Such innovation-driven dynamic competition creates new markets and gives consumers more options, as Mr. Delrahim has laid out in his New Madison approach on antitrust.

The Ninth Circuit wisely expressed the same principles: “We decline to ascribe antitrust liability in these dynamic and rapidly changing technology markets without clearer proof of anticompetitive effect.”