Jacob Sullum
|
Posted: Jul 18, 2018 12:01 AM
Share   Tweet
The opinions expressed by columnists are their own and do not necessarily represent the views of Townhall.com. 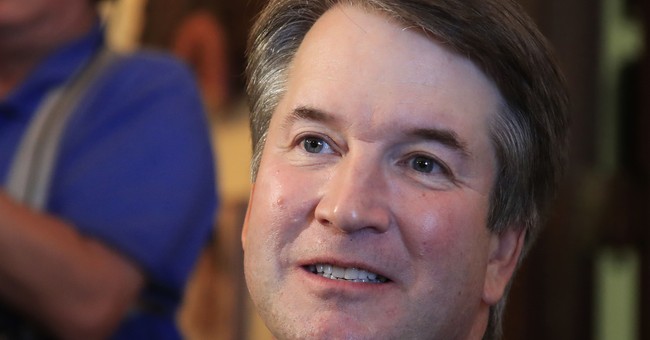 This week Rand Paul, the libertarian-leaning Republican senator from Kentucky, said he was "worried" and "disappointed" by Supreme Court nominee Brett Kavanaugh's views on the Fourth Amendment. It is not hard to see why.

Kavanaugh, who has served on the U.S. Court of Appeals for the D.C. Circuit since 2006, is skeptical of politicians who want to restrict gun rights, regulators who limit freedom of speech or assert powers with a dubious statutory basis and prosecutors who try to convict defendants without proving all the elements of their alleged crimes. But he seems less inclined to scrutinize the claims of cops and spies who collect evidence without a warrant.

To some extent, Kavanaugh is simply following his understanding of the Supreme Court's search and seizure precedents. But he has been known to venture beyond those cases in ways that alarm civil libertarians.

In 2015, for instance, Kavanaugh called the National Security Agency's mass collection of Americans' telephone records "entirely consistent with the Fourth Amendment." According to the logic of a 1979 decision in which the Supreme Court approved warrantless police access to the phone numbers dialed by a robbery suspect, he said, the NSA's snooping did not amount to a search. Even if it did, he added, it "readily qualifies as reasonable" because it "serves a critically important special need -- preventing terrorist attacks on the United States."

That claim is dubious in light of a report issued by the federal government's Privacy and Civil Liberties Oversight Board the previous year. "We are aware of no instance in which the program directly contributed to the discovery of a previously unknown terrorist plot or the disruption of a terrorist attack," the board said.

Kavanaugh also perceived a "special need" in a 2012 case involving the U.S. Forest Service's random drug testing of people employed at its Job Corps Civilian Conservation Centers. While two members of a three-judge D.C. Circuit panel deemed that requirement unreasonable because the government had presented no evidence of "a serious drug problem among staff," Kavanaugh said the policy was justified as a way of shielding the at-risk youth served by the centers from drugs.

Kavanaugh likewise pushed a new excuse for warrantless searches in a 2008 case brought by a man named Paul Askew, who was convicted of illegally possessing a gun that police discovered after stopping him because his clothing was similar to an armed robber's. While the cops were allowed to frisk Askew for weapons, the majority said, they went too far when they unzipped his jacket.

Kavanaugh, joined by three other judges, disagreed, accepting implausible and seemingly contradictory claims that unzipping the jacket was constitutional because Askew had resisted the pat-down and because it helped a witness to the robbery decide whether he was the perpetrator (which he wasn't). The latter rationale would give police new leeway to look under people's clothing without probable cause.

Kavanaugh's position was more ambiguous in a 2010 case involving a suspected drug dealer, Antoine Jones, whose movements police tracked for a month by attaching a GPS device to his car. Kavanaugh, who wanted the full appeals court to rehear the case after a panel concluded that the surveillance violated the Fourth Amendment, was skeptical of the idea that tracking Jones constituted a search because of the quality and quantity of information it collected.

Kavanaugh was more open to the argument that ultimately persuaded a majority of the Supreme Court: that the physical intrusion required to plant the tracking device amounted to a search. But that rationale would not support invoking the Fourth Amendment in cases where information is collected without trespassing on someone's physical property, as when police use cellphone records to recreate a suspect's movements.

Last month, the Supreme Court ruled that looking at such data is a search, meaning it generally requires a warrant. I can't say for sure how Kavanaugh would have viewed that issue, but I have a pretty good idea.