Jacob Sullum
|
Posted: May 16, 2018 12:01 AM
Share   Tweet
The opinions expressed by columnists are their own and do not necessarily represent the views of Townhall.com. 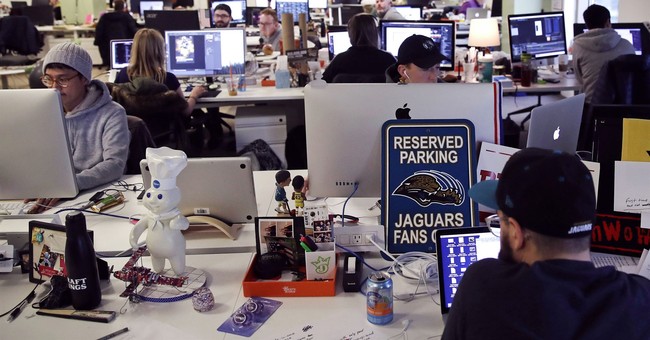 This week seven members of the Supreme Court agreed that Congress exceeded its powers when it passed a law that prohibited states from legalizing sports betting. But the ruling was not quite the vindication of state sovereignty that it appeared to be, since almost all of the justices also seemed to agree that Congress could have achieved the same result by passing a slightly different law that would have been constitutional.

The statute that the Court overturned, the Professional and Amateur Sports Protection Act, made it illegal for a state to "authorize by law" any sort of wagering on athletic contests. Enacted in 1992, PASPA made an exception for Nevada but otherwise left Americans, who according to informed estimates bet more than $100 billion a year on sports, no legal way to do so.

New Jersey, which wanted to legalize sports betting at casinos and racetracks, argued that PASPA violated the "anticommandeering rule," which says Congress cannot order state officials to carry out its policies. The Supreme Court agreed.

PASPA "unequivocally dictates what a state legislature may and may not do," Justice Samuel Alito writes in the majority opinion. "It is as if federal officers were installed in state legislative chambers and were armed with the authority to stop legislators from voting on any offending proposals. A more direct affront to state sovereignty is not easy to imagine."

Less direct affronts to state sovereignty, however, are easy to imagine, and the Supreme Court is OK with them. "Congress can regulate sports gambling directly," Alito says, "but if it elects not to do so, each State is free to act on its own."

The implication is clear: If Congress decides to "regulate sports gambling directly" -- by banning it outright, say -- each state is not free to act on its own. In that case, the federal ban would "preempt" state law, because acts of Congress are "the supreme law of the land."

According to the Court, PASPA's command regarding state law does not qualify as a "valid preemption provision" because it is addressed to legislators rather than "private actors." It is an attempt to "regulate state governments' regulation" of their citizens, Alito observes, and "the Constitution gives Congress no such power."

By contrast, Alito takes it for granted that the Constitution gives Congress the power to ban sports betting. Writing in dissent, Justice Ruth Bader Ginsburg identifies the source of this supposed power: the authority to "regulate commerce...among the several states."

You might not realize you are engaged in interstate commerce when you bet on a basketball game with a local bookie. But as Ginsburg explains, "Our case law firmly establishes Congress' power to regulate purely local activities that are part of an economic 'class of activities' that have a substantial effect on interstate commerce."

Ginsburg is quoting a 2005 decision dealing with the federal ban on marijuana, the upshot of which was that Congress can use the Commerce Clause as an excuse to regulate pretty much anything it wants. Clarence Thomas, one of three dissenters in that case and the only one remaining on the Court, is the only justice who saw fit this week to question the assumption that Congress has the authority to "prohibit sports gambling that does not cross state lines."

The ridiculously broad interpretation of the Commerce Clause that most of the Court seems to accept is a relatively recent invention. It required a constitutional amendment to ban alcohol, and even Harry Anslinger, the legendary pot prohibitionist, took it for granted that Congress did not have the authority to ban intrastate cultivation, distribution, and possession of marijuana.

The Commerce Clause has not changed since then, but the ambitions of national politicians have, and the Supreme Court is eager to accommodate them. Notwithstanding its lofty talk about the importance of federalism in protecting liberty and promoting accountability, the Court lets Congress override state autonomy as long as it pretends to be doing something else.