The Perils of Merrick Garland's Moderation

Jacob Sullum
|
Posted: Mar 23, 2016 12:01 AM
Share   Tweet
The opinions expressed by columnists are their own and do not necessarily represent the views of Townhall.com. 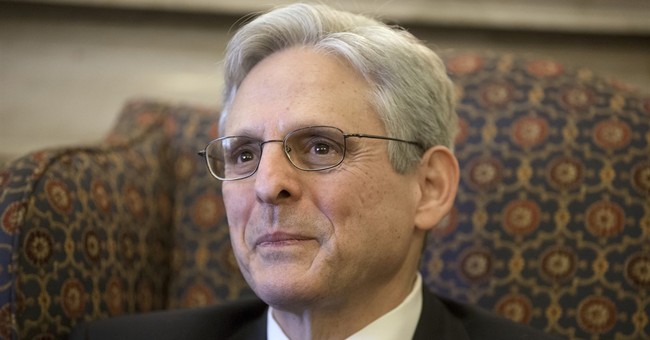 The most worrisome thing about Merrick Garland, President Obama's choice to replace the late Antonin Scalia on the Supreme Court, is that reporters routinely describe him as "moderate." Although that label is supposed to be reassuring, in politics, it usually refers to people who combine the worst aspects of the left and right, united by an expansive view of government authority and a narrow view of individual rights.

Garland, a Clinton appointee who has served on the U.S. Court of Appeals for the D.C. Circuit since 1997, illustrates that tendency. He is more inclined to side with the government than either conservatives or progressives would like.

Transparency seems to be the one area where Garland has distinguished himself by rejecting the government's position. He has repeatedly done so in Freedom of Information Act cases (although he voted to uphold the government's decision against releasing pictures of Osama bin Laden's body), and in 2005 he dissented from a decision against rehearing a ruling that he said would "routinely succeed in putting reporters who receive whistleblower leaks to the choice of testifying or going to jail."

Otherwise, there is not much in Garland's record to gladden the hearts of libertarians. He is statist in most of the ways you would expect a Democratic nominee to be, including hostility to Second Amendment rights.

In a 2003 opinion upholding the federal government's authority to nix a California housing development because it threatened an endangered toad, Garland took a very permissive view of the power to regulate interstate commerce. Regardless of whether the toad had anything to do with interstate commerce, he said, it was enough that the construction project would use "people and materials from outside the state."

More generally, Supreme Court litigator and SCOTUS Blog publisher Tom Goldstein notes, Garland has "strong views favoring deference to agency decisionmakers." The legal blog OnLabor.org reports that Garland has upheld decisions by the National Labor Relations Board in 18 out of 22 cases where he wrote the majority opinion, and "his language in these cases reveals a strong preference for deference."

One important case where Garland joined his colleagues in overturning a regulatory decision involved limits on contributions to independent groups engaged in election-related speech. But that 2010 decision, which gave a green light to "super PACs," was unanimous, dictated by the logic of a Supreme Court ruling earlier that year rejecting limits on political speech by unions and corporations.

Garland is also deferential in an area where civil libertarians might expect a Democratic nominee to be more skeptical of the government's arguments. In a 2010 analysis, Goldstein noted that the former prosecutor "rarely votes in favor of criminal defendants' appeals of their convictions."

A look at criminal cases in which Garland has participated since then suggests that pattern has persisted. Goldstein recently told MSNBC it is reasonable to describe Garland as "to the right of Scalia on criminal justice issues."

Garland has not been much more sympathetic to Guantanamo Bay prisoners, beginning with a 2003 decision, later overturned by the Supreme Court, in which he agreed that they had no right to file habeas corpus petitions. One notable exception: a 2008 opinion in which Garland mocked the government's argument that an allegation against a prisoner who was deemed an enemy combatant must be true because it had been included in three different documents.

Garland's Fourth Amendment record is also mixed. He did vote against reconsidering a 2010 ruling that said tracking a suspected drug dealer's car by attaching a GPS device to it qualifies as a search under the Fourth Amendment (meaning it generally requires a warrant) -- a determination that was later backed by a unanimous Supreme Court. But as Goldstein notes, Garland has repeatedly rejected Fourth Amendment claims by other defendants appealing their convictions.

Although the battle over whether the Senate should hold hearings on Garland's nomination pits Democrats against Republicans, both have reason to hope for a better nominee next year.