The Unjust Law That Led to Freddie Gray's Death: If Cops and Prosecutors Can't Agree on Whether His Knife Was Legal, How Was He Supposed To Know? 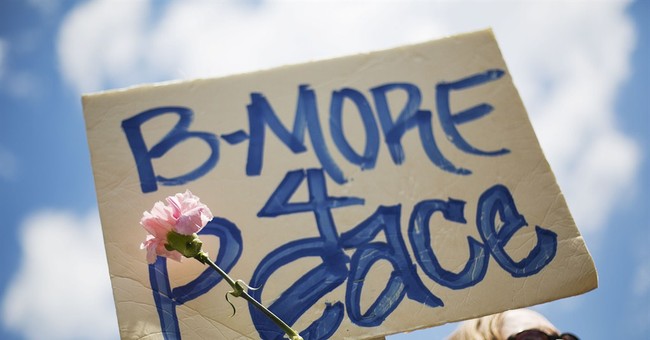 Trending
One charge was conspicuously absent from the indictments that a Baltimore grand jury issued last Thursday in connection with the death of Freddie Gray from injuries he suffered in police custody. The three cops who arrested Gray -- Lt. Brian Rice, plus Officers Garrett Miller and Edward Nero -- are no longer charged with false imprisonment.

That change reflects a dispute about the legality of the knife Gray was carrying, which was the official justification for his arrest. But the same fuzziness that works to the officers' advantage discredits the law they say they were enforcing.

According to Miller's report, he was patrolling on bicycle along with Rice and Nero on the morning of April 12 when they encountered Gray, who "fled unprovoked upon noticing police presence." After catching Gray, Miller "noticed a knife clipped to the inside of his front right pants pocket."

By Miller's account, police ran after Gray based on no evidence other than his apparent desire to avoid them. Then Miller saw something hanging inside Gray's pocket, but he had no evidence it was illegal and could not even be sure it was a knife, since it was mostly concealed from view.

The tool in Gray's pocket turned out to be "a spring-assisted, one-hand-operated knife." Police charged him with possessing a switchblade.

Marilyn Mosby, the state's attorney for Baltimore, concluded that the arrest was illegal because Gray's knife, a type that is easily available and widely used by law-abiding Americans, did not qualify as a switchblade. Hence the charges of false imprisonment she filed on May 1.

Mosby referred to Maryland law, which defines a switchblade as a knife with "a blade that opens automatically by hand pressure applied to a button, spring or other device in the handle of the knife." But Gray was actually charged with violating a Baltimore ordinance that applies to "any knife with an automatic spring or other device for opening and/or closing the blade, commonly known as a switch-blade knife."

Judging from Miller's description of Gray's knife, it did not fit the state's definition of a switchblade, and it probably did not fit the city's definition, either. Doug Ritter, chairman of the Knife Rights Foundation, and Evan Nappen, a Second Amendment attorney who has written an upcoming book on knife laws, note that spring-assisted knives like Gray's, which have to be manually opened partway before the spring takes over, did not even exist when Baltimore's ordinance was written and "have never been 'commonly known' as switchblades."

But according to The Baltimore Sun, the police task force that investigated Gray's death concluded the knife was covered by the city's ban. This disagreement probably would have made it impossible to convict Rice, Miller and Nero of false imprisonment, because that would have required proving beyond a reasonable doubt that they lacked probable cause to arrest Gray.

At the same time, if police and prosecutors cannot agree about whether Gray's knife was legal, how was he supposed to know? It is plainly unjust to punish someone with up to a year in jail, the penalty allowed by Baltimore's ordinance, for violating an inscrutable law.

Like so-called assault weapons, switchblades are banned mainly because they look scary, not because they are uniquely suitable for crime. Laws like Baltimore's add vagueness to arbitrariness, inviting discriminatory enforcement.

Knife bans give cops another excuse for hassling people they deem suspicious, who are disproportionately young black men like Freddie Gray. Last year in The Village Voice, Jon Campbell explained how a 1954 ban on "gravity knives" led to thousands of arrests a year in New York City, mainly involving blacks and Hispanics.

Rice et al. honestly may have believed they were enforcing Baltimore's switchblade ban, but that does not make the law any wiser or fairer. A man's freedom, let alone his life, should not hinge on the presence or absence of a spring in his pocketknife.