The Time to Limit NSA Snooping Is Now: Reauthorizing an Unamended PATRIOT Act Would Be Reckless 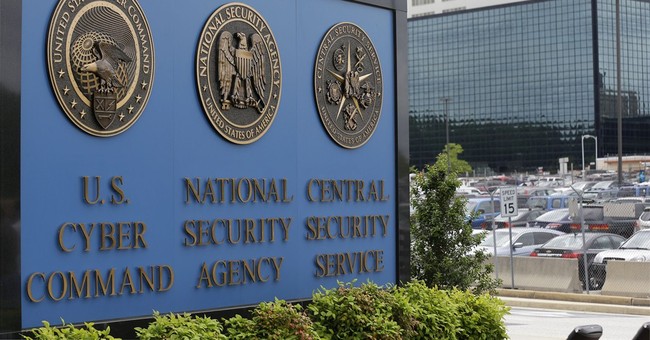 Trending
When Congress passed the PATRIOT Act in 2001, it did not intend to authorize the indiscriminate collection of personal information about every American. But that is what Congress will be doing if it renews the law next month without changes aimed at protecting our privacy from an increasingly intrusive national security state.

Section 215 of the PATRIOT Act, which is scheduled to expire at the end of May, allows the FBI to obtain secret court orders demanding "any tangible things," including "books, records, papers, documents and other items," that are "relevant" to a terrorism or espionage investigation. For years, the Obama administration, with the blessing of the Foreign Intelligence Surveillance Court, secretly read Section 215 as permitting the mass collection of telephone records by the National Security Agency.

The NSA's phone-record dragnet was revealed in 2013, thanks to leaks by former NSA analyst Edward Snowden. At first President Obama said it was no big deal, but he changed his mind after polls showed Americans were increasingly skeptical of the program.

Obama now says the NSA does not need to routinely collect information on who called whom, when and for how long. Instead, it can ask phone companies for records tied to particular targets as the needs arise. The current approach, he concedes, needlessly jeopardizes Americans' privacy.

Rep. James Sensenbrenner (R-Wis.), the main author of the PATRIOT Act, agrees. Sensenbrenner calls the NSA database "a gross invasion of privacy and a violation of Section 215," since "the phone records of innocent Americans do not relate to terrorism, and they are not reasonably likely to lead to information that relates to terrorism."

Sen. Rand Paul (R-Ky.), who is seeking his party's presidential nomination, has promised to end the NSA program on his first day in the White House, saying "our Founding Fathers would be mortified" by the mass collection of personal information. One of Paul's rivals, Sen. Ted Cruz (R-Texas), also opposes the database.

Other Republican presidential contenders seem less concerned. Jeb Bush, the former governor of Florida, calls NSA snooping "the best part of the Obama administration" and says he does not understand what the fuss is about.

New Jersey Gov. Chris Christie says NSA critics like Paul are engaging in "esoteric, intellectual debates" and would see their error if they could just "sit across from the (9/11) widows and orphans and have that conversation." Sen. Marco Rubio (R-Fla.) supports a "permanent extension" of the PATRIOT Act, making no mention of privacy protections.

That would be a mistake. The point of requiring periodic renewal of PATRIOT Act provisions such as Section 215 is to let Congress re-evaluate them based on new information.

Thanks to Snowden, legislators now know something most of them did not know the last time they voted to reauthorize Section 215: Based on an implausible yet court-endorsed understanding of the provision's relevance requirement, the executive branch sees it as a license to amass information about everyone. That license could easily be extended to other kinds of records held by third parties, including huge repositories of sensitive information stored on remote severs.

"Lawmakers in 2001 didn't set out to create a vast surveillance state," notes a coalition of 13 conservative and libertarian groups in a recent letter to Senate leaders. If legislators do not impose new restrictions now, the coalition warns, "Congress risks becoming subordinate to the administration's creative reinterpretation. ... Today's domestic surveillance programs are just the tip of the iceberg compared to how the NSA could use its current authority."

That is not the only danger for Republicans who side with Bush and Christie instead of Paul and Cruz on this issue. According to survey data released by the Pew Research Center last month, 70 percent of Republicans say they are losing confidence in the NSA's surveillance programs, compared to 55 percent of Democrats. Legislators who sacrifice privacy on the altar of national security may pay a political price for their recklessness.