Ted Cruz Is Right About Taxes: The Internal Revenue Code's Headache-Inducing Complexity Is a Scandal 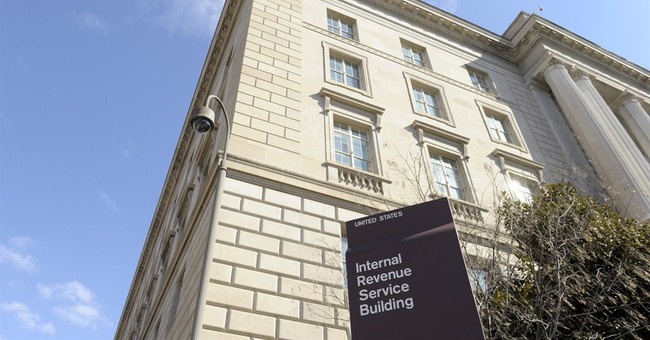 If you have not done your taxes yet, do not count on getting help from the Internal Revenue Service in answering any last-minute questions that may arise. The IRS estimates that only half of the anxious and bewildered taxpayers who call the agency this year will get through to a "telephone assistor," and those who do "could easily wait 30 minutes or more for limited service."

Those numbers reflect a deeper problem that Ted Cruz tapped into on Monday, when he announced that he is seeking the Republican presidential nomination. Although the Texas senator's dream of "abolishing the IRS" may be unrealistic, especially given the tax reform plan he favors, he is right to focus on the Internal Revenue Code's mind-boggling complexity as a scandal crying out for reform.

"Instead of a tax code that crushes innovation, that imposes burdens on families struggling to make ends meet," Cruz said, "imagine a simple flat tax that lets every American file his or her taxes on a postcard." Flat-tax proponents, including several Republican presidential candidates, have been asking us to imagine a postcard-sized tax return for more than three decades. If it still sounds far-fetched, that is only because we are sadly accustomed to jumping through hoops for the privilege of parting with our money.

"The most serious problem facing U.S. taxpayers is the declining quality of service provided to them by the IRS when they seek to comply with their federal tax-filing and payment obligations," says the Taxpayer Advocate Service ("Your Voice at the IRS") in its latest annual report to Congress. "Even when a taxpayer manages to get through to a telephone assistor with a question, the assistor may not be able to provide an answer."

That's because the IRS decided in 2013 that "it would answer only what it terms 'basic' questions, declaring 'more complex' questions that it previously answered 'out of scope.'" In other words, the less likely you are to resolve a tax compliance question on your own the less likely the IRS is to help you.

You can, of course, consult a "tax professional," who makes a living by helping perplexed citizens figure out how much they owe the government. But the very existence of this occupation is an indictment of our Byzantine tax system, which is so complicated that even the IRS is reluctant to answer questions about it -- yet it imposes civil and criminal penalties on people who fail to comply with its numerous picayune requirements.

This complexity is not merely, as Cruz observes, inconvenient and inefficient, diverting resources that otherwise would find more productive uses into tax compliance and avoidance activities. It is fundamentally unjust, undermining the rule of law by requiring obedience to inscrutable commands.

Cruz's solution -- a single income tax rate with deductions limited to charitable donations and home mortgage interest -- would be a step in the right direction. But retaining any deductions at all is an invitation to escalating exceptions, and keeping the income tax would mean keeping the IRS or something like it, contrary to what Cruz implies.

By contrast, a national sales tax, an approach Cruz also has endorsed, would make "abolishing the IRS" feasible and a return to something resembling the current tax code less likely, with the additional economic advantage of taxing consumption rather than savings and investment. In 2013, Cruz cosponsored the Fair Tax Act, which would have replaced the federal income and payroll taxes with a 23 percent sales tax, collected by a new Treasury Department agency with help from state revenue departments.

Both of these approaches would require exemptions or rebates to avoid large tax increases for people of modest means, which would entail a certain amount of intrusiveness and administrative complexity. But they would still be far superior to the current system, which leaves taxpayers not only on the hook, but on the line, vainly waiting for the government's help in filling the government's coffers.