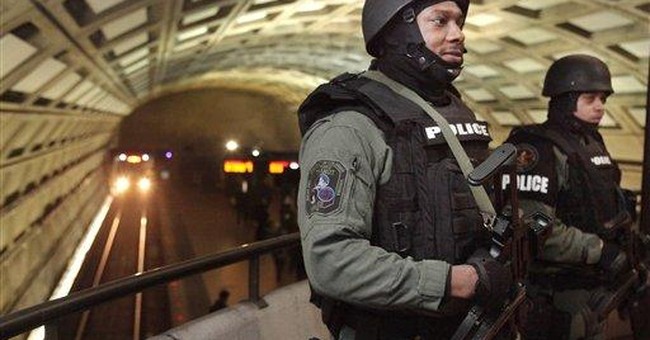 The war on terrorism becomes a war on free speech.

The Palestine Liberation Organization and the Irish Republican Army, two of history's most notorious terrorist groups, have never appeared on the State Department's List of Designated Foreign Terrorist Organizations. By the time the list was first compiled in 1997, both groups were deemed to be moving away from violence and toward a peaceful resolution of their grievances.

Ralph Fertig, president of the Humanitarian Law Project, wants to encourage a similar change within the Kurdistan Workers' Party, a violent separatist group in Turkey also known as the PKK (its Kurdish initials). But he worries that doing so will expose him to prosecution for providing "material support" to a terrorist organization, a crime Congress has defined so broadly that it includes a great deal of speech protected by the First Amendment. When it hears Fertig's case next week, the Supreme Court will have a chance to correct that error.

Fertig, a civil rights lawyer and former administrative law judge, seeks, as the district court described it, to "provide training in the use of humanitarian and international law for the peaceful resolution of disputes, engage in political advocacy on behalf of the Kurds living in Turkey and teach the PKK how to petition for relief before representative bodies like the United Nations." Fertig says he also wants to "advocate on behalf of the rights of the Kurdish people and the PKK before the United Nations and the United States Congress."

Another plaintiff in the case, an American physician named Nagalingam Jeyalingam, wants to do similar work with the Liberation Tigers of Tamil Eelam (LTTE), a violent separatist group in Sri Lanka that, like the PKK, appears on the State Department's list of terrorist organizations. In the words of the district court, Jeyalingam seeks to "provide training in the presentation of claims to mediators and international bodies for tsunami-related aid, offer legal expertise in negotiating peace agreements between the LTTE and the Sri Lankan government, and engage in political advocacy on behalf of Tamils living in Sri Lanka."

Whether you think Fertig and Jeyalingam are humanitarian heroes, naive dreamers or inadvertent flacks for terrorists, the projects they have in mind clearly amount to "pure speech promoting lawful, nonviolent activities," as their attorneys say. Yet the federal law they are challenging seems to make such speech a felony punishable by up to 15 years in prison.

Under the law, it is a crime to provide an organization on the State Department's list with "training," defined as "instruction or teaching designed to impart a specific skill, as opposed to general knowledge"; "expert advice or assistance," defined as "advice or assistance derived from scientific, technical or other specialized knowledge"; "personnel," which means any person, including oneself, who works under the organization's "direction or control"; or "service," which is not defined at all.

These terms (especially that last one) could easily be construed to cover the activities proposed by Fertig and Jeyalingam, even though they would be trying to discourage terrorism and promote peaceful alternatives.

During oral arguments before the U.S. Court of Appeals for the 9th Circuit, which ruled that several aspects of the "material support" ban are unconstitutional, the government's lawyer said you could go to prison for filing a friend-of-the-court brief on behalf of a listed group, for pressing its case at the U.N. or even for asking Congress to take the group off the list. "Congress wants these organizations to be radioactive," he explained.

By that logic, The New York Times and The Washington Post committed felonies when they published op-ed pieces by Hamas spokesman Ahmed Yousef, an act "for the benefit of" a terrorist group and therefore, according to the government, a prohibited "service." A speech defending the rights of Kurds or Tamils could be treated the same way. By definitively rejecting such unconstitutional applications of the law, the Supreme Court can stop the war on terrorism from becoming a war on freedom of speech.