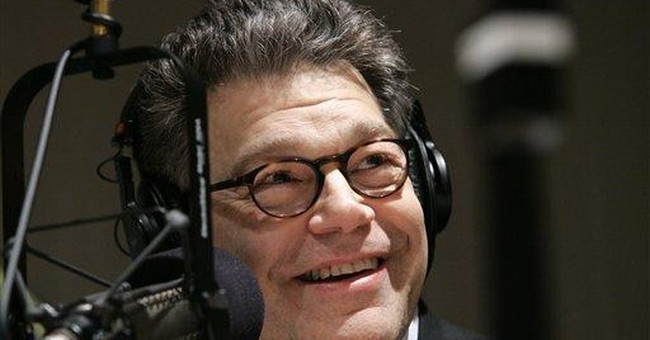 Members of Congress don't like being criticized, especially close to an election. They also don't like facing challengers who can pay for their own campaigns.

In 2002, Congress passed a law that addressed both of these problems. It was called the Bipartisan Campaign Reform Act (BCRA), because "Bipartisan Incumbent Protection Act" would have been too revealing.

Last summer and last month, in decisions almost exactly a year apart, the U.S. Supreme Court ruled that BCRA's restrictions on issue ads and its attempt to erase rich candidates' fund raising advantage violate the First Amendment. These cases highlight the need for true campaign reform: deregulation of election-related speech. Yet both major-party presidential candidates want to move in the opposite direction, imposing new restrictions on Americans' ability to put their money where their mouths are.

Last year's case dealt with BCRA's ban on "electioneering communications," interest group ads that mention candidates for federal office within 30 days of a primary or 60 days of a general election. The Court concluded that the ban, when applied to messages that are neither "express advocacy" (explicitly calling for a candidate's election or defeat) nor its "functional equivalent," infringes upon the constitutional right to freedom of speech.

In last month's case, the Court overturned a BCRA provision that triples the individual contribution limit and eliminates the cap on coordinated party expenditures for candidates opposed by wealthy people financing their own campaigns. "The unprecedented step of imposing different limits on candidates vying for the same seat is antithetical to the First Amendment," Justice Samuel Alito wrote for the five-member majority.

Alito rejected the government's claim that such an asymmetrical arrangement is necessary to "level electoral opportunities," saying that argument "has ominous implications." He noted, "different candidates have different strengths": Some are wealthy, while others have wealthy supporters; some are celebrities, while others come from famous families. (He might also have noted that some are taller, better looking and better-spoken than others.) It's up to voters to weigh these advantages, Alito said, warning, "it is a dangerous business for Congress to use the election laws to influence the voters' choices."

One candidate strength Alito was too tactful to mention is incumbency, which confers name recognition, free publicity and the power to dispense favors, which in turn attracts campaign contributions. Those advantages seem to make a big difference: Since 1980, the re-election rate for House members has ranged from 88 percent to 98 percent.

Combine the enormous advantages of incumbency with the campaign contribution limits Congress imposed in 1974, and you start to see why rich guys are tempted to run for office. The Supreme Court has said they have a First Amendment right to finance their own campaigns but not to finance other people's campaigns.

Most of the current Court is skeptical of that distinction, but at least four justices seem inclined to eliminate it by allowing restrictions on expenditures as well as contributions. The next Supreme Court appointment could make a crucial difference for the freedom of Americans to engage in political speech, directly or by proxy, without fear of being fined or going to prison.

Unfortunately, John McCain and Barack Obama both seem to think the main problem with campaign finance restrictions is that there aren't enough of them. McCain spearheaded BCRA and made campaign reform the signature issue of his 2000 presidential campaign. Both McCain and Obama worry that money plays too big a role in political campaigns, and both have decried the influence of ads sponsored by the independent groups that have proliferated because of BCRA's restrictions.

Then again, McCain has been criticized for excessive coziness with lobbyists, while Obama's credibility on this issue took a big hit when he decided to decline taxpayer funding for his general election campaign so he could avoid spending limits. I'm not sure who the bigger faker is, but he could turn out to be a smaller menace to freedom of speech.