How Jesus of Nazareth Transformed the World: Science, Capitalism, and Slavery

Jack Kerwick
|
Posted: Apr 21, 2019 12:08 PM
Share   Tweet
The opinions expressed by columnists are their own and do not necessarily represent the views of Townhall.com. 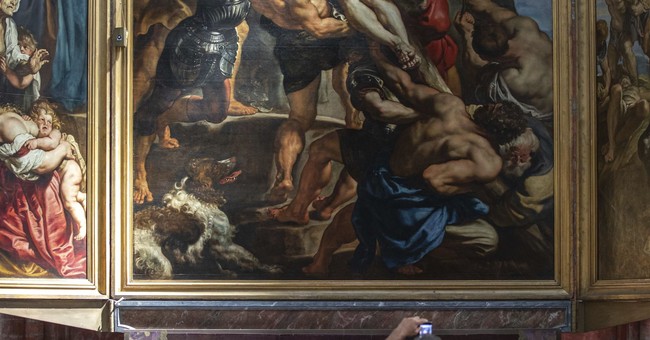 As Christians celebrate Easter, both Christians and non-Christians alike would be well-served to realize the myriad of fundamental ways in which much of the world that we today take for granted—and from which we reap incalculable benefits—is the legacy of Christianity.

Contrary to conventional wisdom, Christianity gave rise to modern science.  Science depends upon certain non-scientific suppositions regarding the nature of reality in the absence of which it never would’ve arisen.

That the world is real; that it is rational or orderly, governed by natural laws that render it capable of being explored and discovered; and that it is good, deserving of being studied—are assumptions that are thoroughly Christian in character.

It is not by accident that the first and greatest of scientists—Galileo, Roger Bacon, Copernicus, Kepler, Pascal, Newton, Boyle, and Mendel, to name but a few—were Bible-believing Christians. Rodney Stark, distinguished sociologist of religion, makes the relevant point: “Not only were science and religion compatible, they were inseparable—the rise of science was achieved by deeply religious Christian scholars.”

Stark is emphatic: “The success of the West, including the rise of science, rested entirely on religious foundations, and the people who brought it about were devout Christians.”

The emergence of modern science was the culmination of centuries’ worth of the achievements of medieval Christian thinkers. Specifically, science was made possible by the twelfth-century creation of the university—another of Christianity’s gifts to humanity.

When we recognize that science “is a method utilized in organized efforts to formulate explanations of nature, always subject to modifications and corrections through systematic observations” and that it consists of theory and research, it is clear that “the earlier technical innovations of Greco-Roman times, of Islam, of China, let alone those achieved in pre-historical times, do not constitute science and are better described as lore, skills, wisdom, techniques, crafts, technologies, engineering, learning, or simply knowledge.”

In other words: “Real science arose only once: in Europe”—in Christian Europe.

Alfred North Whitehead, a 20th century philosopher and mathematician who co-authored, with the famed atheist philosopher, Bertrand Russell, their Principia Mathematica, shocked his fellow academics while delivering his Lowell Lecture at Harvard University.  Whitehead was blunt in noting that “faith in the possibility of science” derived from “medieval theology.”

Whitehead elaborated: “The greatest contribution of medievalism to the formation of the scientific movement,” he remarked, was “the inexpugnable belief” in “a secret that can be unveiled.” That this “conviction” has seized “the European mind” can only be explained in terms of “the medieval insistence on the rationality of God, conceived as with the personal energy of Jehovah and with the rationality of a Greek philosopher.” This conception of God led to the notion that every “detail” in nature “was supervised and ordered: the search into nature could only result in the vindication of the faith in rationality.”

And there is no question that all of the great scientists of the early modern era, men like Descartes, Galileo, Newton, and Kepler, were devout believers in God.

The uniquely Christian affirmation of the individual, as well as the technological innovations that Christians made possible, facilitated the development of capitalism, but it is the individual that is the moral-ontological presupposition of this system.

Capitalism, so understood, consists in a banking system, credit, diversification, minimal immediate producer-to-consumer interactions, and so forth.  And it presupposes virtues like honesty, diligence, deferred gratification, and the like.

Monastic orders owned the great estates of medieval Christendom.  During the 800’s, the monastics began specializing in the cultivation of specific kinds of crops which they then sold for a profit.  In using the proceeds to satisfy their other needs, they in turn ushered in a cash economy. They also reinvested these profits in their daily enterprises, a move that vastly increased their revenues and which ultimately enabled them to become banks, lending institutions whose customers were members of the nobility.

Over time, as gains in productivity became more rapid and substantial, areas of specialization and trade both took flight.   And the inviolable dignity of the individual upon which Christianity insists begat the notion that labor is dignified.  This was a radical idea.

Slavery is among the oldest and universal of human institutions.  Moralists and the pious alike had accepted slavery as an unquestioned feature of human existence.  Some, like Aristotle, defended the arrangement of human bondage as “natural” and, thus, morally unobjectionable. Muhammad, the Prophet of Islam, owned slaves.

It was within Christian culture that the moral character of slavery first came into question.  Remarkably, centuries before the modern world treated as an axiom the wrongness of slavery, this perennial practice was banned throughout Christendom.  Opposition to slavery began to show as early as the 600’s.  In the eighth century, Charlemagne, the Holy Roman Emperor, joined with the Pope and the leadership of the Church to expressly condemn it, and by the ninth century, it was widely accepted that “slavery in itself was against divine law.”

It was in the 18th century, at the apex of the British Empire, that devout Christians represented by the likes of William Wilberforce spearheaded the movement to stamp out slavery wherever the Empire’s influence extended.  Upon his conversion to Christianity, Wilberforce wrote in his diary in 1787 that God was calling him to work toward the suppression of the slave trade.  By the 1830’s, with the Slavery Abolition Act of 1833, slavery had been abolished.

Courtesy of its immense military, economic, and political resources, the British eventually succeeded in coercing other peoples, particularly Africans, Asians, and Arabs who didn’t relent easily, to abandon slavery.

That Christian civilization was the only in the world to recognize in slavery an affront against the dignity of the individual is unsurprising given that this civilization is unique in resoundingly affirming the inviolable dignity, the glory, of the individual.  As Rodney Stark characterizes it, “the Western sense of individualism was largely a Christian creation.” The point is well taken.   While individuality, understood in some sense of this term, emerged episodically and in degrees in other time and places it wasn’t until Christianity arose that it came unapologetically into its own.   Christianity supplied three things that, conjointly, elevated the individual to a level of distinction that remains historically unprecedented.

First, Christianity advanced a doctrine of universal salvation.  Every single person, it declares, can avail themselves of the gift of salvation.

Second, the salvation that Christianity proclaims is a gift, i.e. it is unearned.

Thirdly, Christianity insists upon the doctrine of free will: The universe is not cyclical, but unfolds in a linear progression as human being exercise their free will within the framework of the Logos of God.

As should now be clear, the world that we take for granted today would be unthinkable if not for Jesus of Nazareth and the religion to which His Life gave rise.