How Jesus of Nazareth Transformed the World: Charity, Education, and the Arts

Jack Kerwick
|
Posted: Apr 20, 2019 12:01 AM
Share   Tweet
The opinions expressed by columnists are their own and do not necessarily represent the views of Townhall.com. 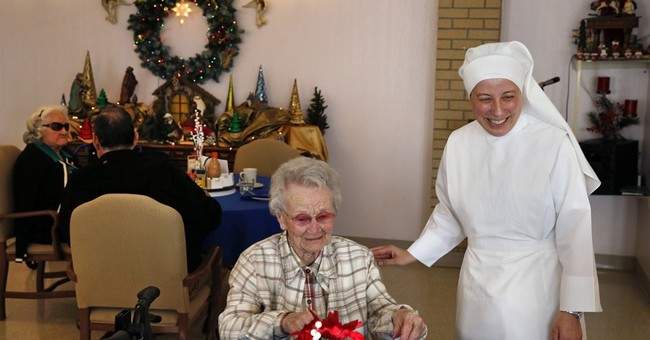 The holiest of holy times is upon the Christian world as nearly one-third of the Earth’s population celebrates the Passion, Death, and Resurrection of Jesus Christ.

In a previous essay, I began to show why it is that non-Christians—indeed, all peoples—should also rejoice in the fact that a man named Jesus of Nazareth walked the dusty roads of Israel 2,000 years ago. Here, I will continue to expand upon why it is that, as James Allen Francis memorably remarked in his now famous poem, this son of a 1st century carpenter “is the central figure of the human race.”  Francis is guilty of no overstatement when he wrote that “all the armies that ever marched, all the navies that ever sailed, all the parliaments that ever sat, all the kings that ever reigned—put together—have not affected the life of man on this earth as much as that one, solitary life.”

D. James Kennedy observes that prior to Christianity, the world “was like the Russian tundra—quite cold and inhospitable.” He notes that exhaustive research of the historical record can only lead us to conclude no “organized charitable effort” had ever existed in antiquity before the rise of Christianity.  Thus, prior to Christianity and the Bible that it sought to export to the four corners of the globe, “Disinterested benevolence was unknown.”  Following the advent of Christianity, though, “charity and benevolence flourished.”

Of this, there can be no doubt. The Salvation Army; Samaritan’s Purse; World Vision; Catholic Charities; the Red Cross; Catholic Relief Services; Christian Foundation for Children and Aging; and Operation Blessing are among the innumerable charitable organizations that Christianity has bequeathed to the world.  Each and every church—not denomination, mind you, but each and every individual congregation—that exists has multiple ministries aimed at alleviating the plight of the poor and needy.

Scholar Anthony Esolen reminds us that “charity and concern for the poor are integral to our culture today because of Christianity.” Esolen elaborates:

"If we build hospitals for the destitute beyond our own lands, with no desire for personal or national profit, and risking life and limb to do it, it is because we retain a trace, a cultural memory of the voyages of [such Christian heroes as] Saint Paul, of Boniface martyred by the Germans, of Cyril and Methodius trekking north among the Slavs, of Patrick driving the snakes from Ireland, of Gregory the Great seeing blond slaves in the marketplace and, hearing that they were called “Angli,” replying,…“not Angles but angels,” and sending missionaries among them, to give them the best he had to give."

The modern hospital has its roots in Christianity.   While homes and centers designed to care for the sick existed in some places in the ancient world, it was only after Christianity became the religion of the Roman Empire that we witness the exponential expansion of this phenomenon.  The Christian origins of the modern hospital are unmistakable.

By the fourth century, a hospital would be built in every cathedral town. These hospitals would attend to various classes of patients, offer training programs for those entering the field of medicine, and maintain libraries where physicians would conduct medical and pharmacological research.

Albert Jonsen, a historian of medicine, credits Christianity with what he describes as “the second great sweep of medical history,” a 1,000 year reign beginning at the end of the fourth century and lasting until the end of the 14th century when “medicine [was] well ensconced in the universities and in the public life of the emerging nations of Europe.” Others too have established the Christian pedigree of the modern hospital.

While the first hospitals were initially built by Christians for Christians, soon they would be made available to all, including, remarkably, Muslims who were only in Christian lands because they invaded them for purposes of conquest.

Christianity has spearheaded the movement to educate the masses.  As one contemporary observer put it: “Every school you see—public or private, religious or secular—is a visible reminder of the religion of Jesus Christ. So is every college and university [.]”  The truth “is that the phenomenon of education for the masses has its roots in Christianity.  Christianity gave rise to the concept of education for everyone.”

Institutions of higher learning were Christian in conception.  Of the 123 colleges that we find at America’s origins, all but one had an explicitly Christian mission. Princeton, Harvard, and Yale, to name three prominent examples, were Christian.  England’s Oxford and Cambridge Universities were also Christian, as was St. Andrew’s, Scotland’s oldest university.

When, in the 12th century, medieval Christendom gave rise to the university, it introduced to the world a phenomenon the likes of which had never been seen before. Unlike those educational institutions that existed in the East, in places like China, say, and unlike even those that existed among the Greeks and Romans, academies that were more interested in imparting what had been inherited, universities existed for the sake of pursuing knowledge.  It was within these medieval universities, presided over by faculty that were members of religious orders, that science took flight.

Whether it was literature, architecture, sculpture, painting, or music, Christians all but revolutionized the arts.  Space constraints preclude a fuller explanation, but consider: Had Christ never lived, the world would have been denied the unprecedented, the timeless, achievements of Michelangelo, Da Vinci, Dante, Chaucer, Shakespeare, Beethoven, Handel, and Bach, to name but a handful of history’s most renowned artists.  Nor, for that matter, would we have ever heard of the likes of William Wordsworth and Samuel Taylor Coleridge, writers who, though not explicitly Christian, traded in Christian themes.

Our world today would be unrecognizable to itself had it not been for the life of the Carpenter from Galilee. There are still other significant respects in which Jesus’s life had a transformative effect.  To these I will turn in the next installment of this series.