What Fake News Is and Isn’t

Jack Kerwick
|
Posted: Jun 13, 2018 8:00 AM
Share   Tweet
The opinions expressed by columnists are their own and do not necessarily represent the views of Townhall.com. 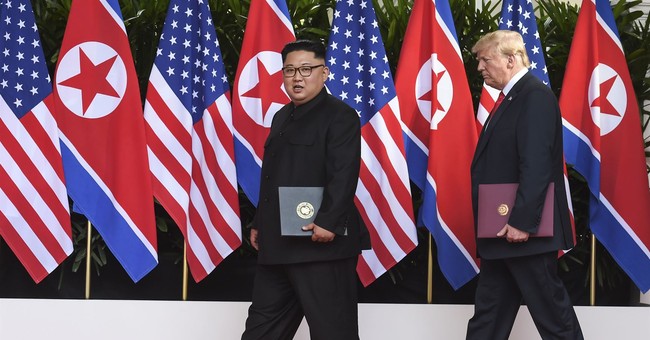 While everyone today is familiar with the language of “fake news,” most people, irrespectively of partisanship, seem to have given the concept scant attention.

“Fake News” is indeed a real phenomenon. In fact, at least politically speaking, and particularly in the Trump era, most of the news with which Americans are besieged is Fake News. Given its ubiquity, then, we should be clear as to what it is—and is not.

To say of an item that it is Fake News is not to say, necessarily, that it contains no truth. Just the opposite tends to be the case: It is only and precisely because coverage of an event consists of some truth that its partisan manufacturers are able to pass it off as legitimate news.

What makes an item a species of Fake News is not that its content is untrue but, rather, that it is true only so far as it goes—which never remotely approximates the point that it needs to reach. Fake News is distinguished on account of the details that its producers edit out so as to make their stories serve their editorial interests—which is to say their political agendas.

Fake News is fake by virtue of its content, true. But its fraudulence as news stems equally as much from the primary motivation of its purveyors.

Fake News manufacturers and distributors are not, you see, motivated by the desire to inform the public of the truth. They are driven first and foremost by their aching desire to destroy their political opponents while simultaneously running cover for their political allies.

For sure, Fake News can contain unequivocally false claims. Yet the presence of false claims is neither necessary nor sufficient to establish those claims as Fake News. There are at least two reasons for this.

(1)Though a claim is substantively false, it needn’t be a lie if it was made in good faith. Even the most well-intentioned of journalists make mistakes from time to time. Their errors, taken in themselves, should not be used as a pretext for convicting them of producing Fake News.

(2)There may not be any false propositions at all in a story, but it can still be Fake News as long as the peddler, for partisan political considerations, omits other true statements the knowledge of which would radically alter the consumer’s reading of that story.

The Age of Donald Trump has already provided us with a virtually endless supply of examples of Fake News. As I write this, the President has just concluded a world-historic meeting with North Korean leader, Kim Jong Un, a feat that no other American president ever came close to accomplishing. Because, though, the vast majority of media talking heads and scribblers are leftist Democrats—that they prefer not to advertise their political sympathies doesn’t change the nature of those sympathies—the vast majority of journalists can’t chance recognizing Trump’s act as the historically-unprecedented, potentially world-changing event that it is.

And, so, they’ve resolved to continue doing what they always do and trash Trump.

This is true; but it is true only as far as it goes. The President, apparently, did indeed make some commendatory judgments of Kim of the kind reported by NBC, and he was critical of Trudeau. Yet, unsurprisingly, this notorious anti-Trump network lifted the President’s comments from the wildly different contexts in which he made them so as to convey the blatantly false impression that Trump intended to make categorical moral assessments of each man: Kim Jong Un good, Justin Trudeau bad.

In reality, Trump was engaging in diplomacy with Un, i.e. exactly what he flew to Singapore to do. As for Trudeau, Trump castigated the Prime Minister of Canada for telling Trump one thing, while telling the media something other. Trump, in other words, judged, not the overall person or character of each head of state but, rather, their actions on those occasions and within those contexts within which his interactions with them transpired.

Notice, months back when Trump referred to Un as “little rocket man” and saber rattled with him via Twitter, the Fake News peddlers at NBC and elsewhere slammed the President for his bellicosity. Now, they’re slamming him for supposedly being too diplomatic. This most recent NBC article levels both charges:

“Just months ago, he [Trump] was threatening to unleash ‘fire and fury’ on Kim and calling the North Korean autocrat ‘little rocket man.’

“Now, he’s telling the world that Kim is a credible partner in peace talks.”

This passage is clearly meant to reinforce the leftist Democrat talking point that Trump is incoherent.

This is Fake News.

But there’s more. The article also says that Trump “publicly muses about winning a Nobel Peace Prize” and that “he’s appeared somewhat obsessed with the idea that he can forge new bonds with adversaries in North Korea, China and Russia.”

First, Trump himself never “publicly muses about winning a Nobel Peace Prize.” It is others, people like, most tellingly, South Korean President Moon Jae-in, who have publically expressed their belief that, for his historic efforts to in effect end the Korean War and bring peace and unity to the Korean Peninsula, Trump deserves this prize. “President Trump should win the Noble Peace Prize. What we need is only peace,” Moon Jae-in said back in April.

Obviously, the journalists at NBC didn’t want to report this inconvenient detail. To do so would all too easily lend the impression that, judged by those most directly involved, i.e. Koreans as represented by the likes of Moon Jae-in, Trump already scored a tremendous moral victory for his critical role in bringing the governments of South and North Korea together for the purpose of realizing a new era of peace.

It is more politically advantageous for NBC to strengthen the media’s anti-Trump script by making it appear that it is an arrogant, self-delusional President alone who talks about an award to which he thinks he is entitled.

In asserting that Trump is “obsessed” with forging new relationships with such “adversaries” as North Korea, China and Russia, NBC seeks to reinforce the media-created profile of Trump as a man both mentally and morally unfit for his office: He’s not just consumed by obsessions, but with obsessions of how to make American government more compatible with the governments of some of the planet’s most infamous regimes.

Trump does want for America to co-exist peacefully with the world. Yet by NBC’s spin, it convicts itself of producing Fake News.