The Myth of ‘Equality’ and ‘the Forgotten Man’: Remembering William Graham Sumner

Jack Kerwick
|
Posted: Feb 05, 2016 11:00 AM
Share   Tweet
The opinions expressed by columnists are their own and do not necessarily represent the views of Townhall.com. 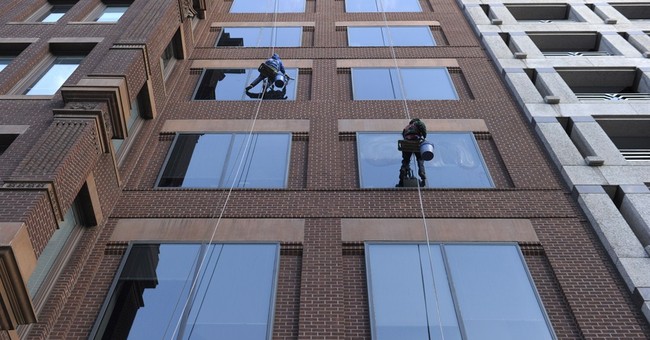 I recently just found a nearly four year-old essay in Slate that caught my interest for three reasons.

First, though it was written during the last presidential election, it is as succinct a statement of the left’s perspective on the GOP’s attitude toward “income inequality” as any available: Republicans like “income inequality.”

Secondly, it references William Graham Sumner, a brilliant, tough-as-nails 19th century conservative sociologist who the essay credits with having “invented the GOP’s defense of the wealthy [.]”

For starters, the term “income inequality,” while politically useful, is ontologically meaningless: it refers to nothing other than the left’s own preferences.

Considered as a moral ideal, the concept of equality has always been ambiguous. Ideologues have exploited this ambiguity in order to consolidate the power of the few, political office-holders, at the expense of the many—who Sumner refers to as “the Forgotten Man”—whose resources in time, energy, property, and person they would commandeer for the sake of benefitting “the poor.”

Beverly Gage is correct when she notes that Sumner’s chief object of concern is “the Forgotten Man,” the law-abiding, working-class taxpayer. Yet she not so subtly insinuates that such a figure, thanks to Sumner, has become “a staple of American political rhetoric” behind the guise of which Sumner (and by implication, contemporary Republicans) actually advocate on behalf of “the rich.”

“As a political thinker, Sumner’s chief contribution lay neither in his praise for the rich, nor his lament for the Forgotten Man, but in his attempt to combine the two.” Gage concludes: “For better or worse, he offered a model for resolving the great conundrum of modern Republican politics: how to champion the wealthy while claiming to speak for the unsung middle class.”

Sumner and Republicans are hypocrites and phonies.

In truth, Sumner did indeed speak for “the unsung middle class.”

“The Forgotten Man” is the person whose resources are taken by the “social doctors”—those who are “always under the dominion of the superstition of government”—and redistributed to those classes of which, appealing to “the sympathies and the imagination,” they transform into “social pets.”

Gage, not unlike any other leftist who reduces the virtue of charity to government activism, accuses Sumner of not caring for those upon whom the left would like to spend the resources of others. But what he says is that the Forgotten Man, “the real sufferer” of the “kind of benevolence” for which “the friends of humanity”—i.e. the foes of “income inequality”—are noted, being “worthy, industrious, independent, and self-supporting,” could’ve benefitted himself and in turn benefit society if the resources that government expends on “‘the poor,’” and “‘the weak’” would have instead remained in his pocket in the form of an increase in wages.

Sumner refers to the virtually “invincible prejudice that a man who gives a dollar to a beggar is generous and kind-hearted, but that a man who refuses the beggar and puts the dollar in a savings-bank is stingy and mean.” This isn’t just a prejudice; it is an invidious prejudice.

The man who gives to a beggar “is putting capital where it is very sure to be wasted, and where it will be a kind of seed for a long succession of future dollars” that are just as likely to be wasted. But the man who invests his dollar turns it into capital, specifically capital that will be “given to a laborer who, while earning it, would have reproduced it [.]”

However, the Forgotten Man, “passes by and is never noticed, because he has behaved himself, fulfilled his contracts, and asked for nothing [.]”

The doctrine of equality that is the pretext for creating greater inequalities of power between government coercers and those who are coerced Sumner describes as a “dogma,” a “superstition,” “the most flagrant falsehood and the most immoral doctrine which men have ever believed[.]”

Unless it was false, then we must believe that “the man who has not done his duty is as good as the one who has done his duty,” that the “the teachings of the moralists” from throughout the ages is nonsense, for moralists have always taught “youth that men who pursue one line of action will go down to loss and shame, and those who pursue another course will go up to honor and success.”

It is inequality that is self-evident. Virtues and rewards in life “are so hard” to come by that they require much “study” and “striving.” Thus, only a relatively few achieve them.

As for the idea that “the disadvantaged” have been deprived of the benefits of society, Sumner calls this the product of “monstrous ignorance.”

“There is not a person in a civilized state,” Sumner asserts, “who does not share in the inheritance of institutions, knowledge, ideas, doctrines, etc., which come down as fruits of civilization [.]” We tend not to realize this, though, because such fruits are imbibed “by habit and routine [.]” Instead, we “suppose that they come of themselves, or are innate [.]”

From the time of the cradle we are taking advantage of “facts, knowledge, skill and the like which it cost the human race thousands of years to accumulate.” And even long after we have become adults, we just “as unconsciously as children” continue to “use the products of civilization [.]”

The daily goods that we take for granted are the fruits of the “prodigious struggles” of earlier generations.

This election cycle and ever after, those on the receiving end of the left’s lambasting would do well to visit the work of William Graham Sumner.