Saving People from Themselves 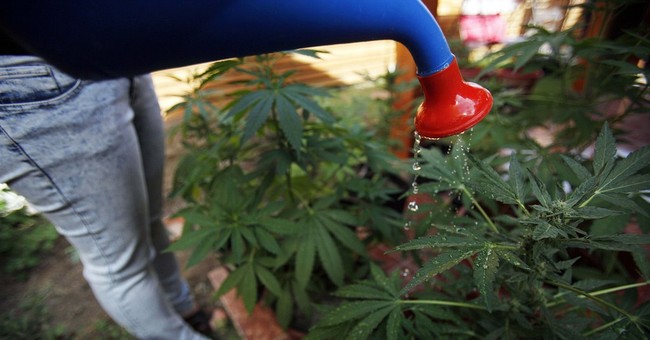 Few things are as effective in eliciting the ire of Republicans as is talk of decriminalizing recreational drug use.

Given that the Republican Party is supposed to be the party of personal responsibility and “limited government,” this is indeed a tragic commentary on the times.

While Szasz noted the economic benefits that drug decriminalization promised to deliver—tax revenues; dramatic reductions in the price of drugs as well as in the number of fatalities from drug overdoses; a precipitous decline in all drug-related crimes—his argument was primarily a moral one.

And this is because Szasz recognized that while the prevailing discourse over drugs is carried on in the idiom of health—drug users are said to be “addicts”who are “sick”and, thus, in “need”of “treatment”—this is but a smokescreen designed to conceal what amounts to nothing more or less than moral judgments.

Just a casual perusal of the prohibitionist literature readily bears this out. Take, for instance, James Q. Wilson, about as staunch a prohibitionist as they come. The drug prohibitionists, he fully acknowledges, aim to “save people from themselves.” Furthermore, Wilson’s rationale for maintaining the legality of some “highly addictive” substances, like nicotine, while criminalizing others, like cocaine, is unmistakably moral in nature. The latter, he asserts, “destroy[s] the user’s essential humanity” (emphasis added).

Wilson’s analysis of drugs is instructive in another respect to which Szasz spoke: drug prohibitionists invariably accentuate the “dangerousness” of drugs.

More specifically, as Szasz observed, they must exaggerate the dangerousness of drugs. There are two reasons for this. First, in a society, like the United State, that has traditionally valued freedom, dangerousness alone is no justification for criminalization. Secondly, each day we encounter a myriad of perfectly legal things—like automobiles, household cleaning agents, tall buildings, knives, etc.—whose potential for dangerousness is at least as great as that of drugs.

Respect for the liberty of individuals is radically incompatible with laws designed to “save them from themselves.”

In other words, laws designed to criminalize drugs are antithetical to liberty.

Drug prohibitionists, like Wilson, are quick to inform us that drugs harm not just drug users, but families and whole communities. Szasz, however, speaking on behalf of those of us who value human freedom, is equally quick to remind us that, in reality, if any entity is responsible for any harm to either the user or anyone else, it is the user, a living, breathing person—not some lifeless, inanimate chemical agent with a god-like power to “hook” anyone that comes near it.

This, though, is no grounds for singling out drug use for criminalization. Human beings are mutually dependent. Hence, there isn’t a single kind of action that, for good or ill, doesn’t impact others. In a society devoted to preserving the liberty of the individual, the only actions that should be criminalized are those—like murder, violence, rape, burglary, etc.—that are essentially other-directed in their harmful effects.

It isn’t that we undermine liberty just by preventing the individual from partaking of potentially dangerous activities that are essentially self-regarding. Szasz warned that liberty suffers from depriving individuals of personal responsibility. Moral maturity is possible only if persons have the freedom to make tough, even scary, choices. A government that divests human beings of such opportunities by saving them from themselves not only arrests moral growth; it sets in motion a moral regression, a process insuring a permanent class of adult-children.

Szasz was correct when he argued this point over 40 years ago. He remains correct today.

No people or party committed to liberty can support the cause to save people from themselves by making them into criminals.