The Nightmare of the Egalitarian’s Dream 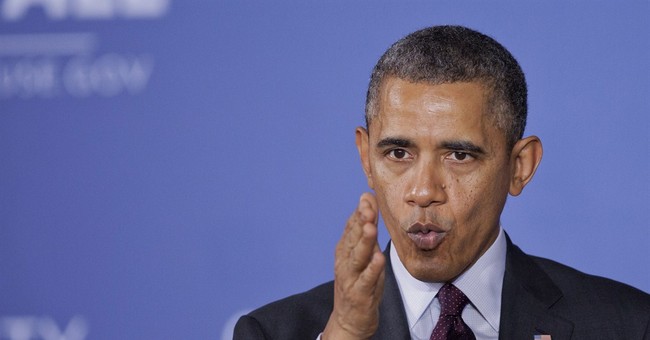 So President Obama and his fellow travelers want to eradicate, or at least ameliorate, “income inequality.” What else is new?

The price of an Apple computer and that of a pencil are radically “unequal.” So too are there massive “disparities” between the respective prices of a Mercedes Benz and a tricycle; a package of underwear from Walmart and a Gucci Coach Bag; a necklace from Tiffany’s and graphic novel from Barnes and Noble; admission to a movie matinee and reservations aboard a two week vacation on a Cruise ship.

If the government is obligated to “close the gap” between “the rich” and “the poor,” then it is as well obligated to close all of these “gaps.”

A consistent leftist egalitarian would recognize that there is no principled ground for not taxing every red cent of either the wealthiest “one percent” or, for that matter, of that earned by anyone else. There may be prudential reasons for drawing an arbitrary line at some tax rate or other. In principle, however, if it is morally permissible for the government to tax (confiscate) some of the legitimately acquired assets of citizens, then it must be just as permissible for the government to tax (confiscate) all of their resources.

To acknowledge this, though, our consistent egalitarian would then have to acknowledge that the idea of self-ownership is nothing more or less than a “capitalist” or “bourgeoisie” fiction, for if a person is not entitled to refuse the government any of his resources, then he does not own those resources. And if he doesn’t own the resources in his labor, time, energy, and money, then he doesn’t own himself.

Rather, it is the government that owns all.

Monetary inequalities aren’t the only inequalities to which the true egalitarian will object. Inequalities in physical attractiveness and ability are just as undeserved, just as unfair, as any other.

In order to compensate the ugly for their accident of birth, the real champion of equality knows that the government should, say, compel the beautiful to at least date, for a specified period of time, the less beautiful. To the objectors, the egalitarian’s reply is simple: such a policy is nothing more or less than another species of integration designed to combat but another species of discrimination based on physical appearance.

Nor is it fair that some people are endowed with more physical strength and musculature than others. So as to “close the gap” between the fit and the unfit, the strong and the weak, he should implore government to, among other things, require all remotely able-bodied Americans to sign up with a government-approved gym at which they will be required to exercise for, say, at least an hour at a time three days a week. As for those Americans who already exercise regularly, they will be permitted to continue doing so—unless they already satisfy the government’s standard for “fit and strong.” These Americans will be “asked” of their government to “invest” their time more in other activities and less in the gym while the unfit and weak seek to become the fit and strong.

A consistent egalitarian, given his disdain toward “racism,” will insist that the government integrate what were, or what would’ve otherwise been, racially “segregated” families and homes. Many inequalities—and certainly those with which contemporary egalitarians, like Obama, are mostly concerned—are racial in character. Well, if racial segregation in “public accommodations” was a great evil because it gave rise to gross racial inequalities that persist to the present day, then racial “segregation” in families must be at least as great of an evil, for it too is racially discriminatory. In fact, who can seriously doubt that a person’s family promises to exert a far greater influence over the formation of his character than does, say, a stranger who refused to allow him to eat with other strangers of another race in a restaurant nearly a half-of-a-century ago?

A truly devoted egalitarian wouldn’t rest until mono-racial families were desegregated, their members “redistributed” to other families and homes. At the same time, those who aspire to marry and procreate intra-racially would be prevented from doing so via reverse miscegenation laws.

Of course, neither Obama nor any other left-wing egalitarian would openly countenance any of these measures. But here’s the point: given their ideology, they have absolutely no grounds for not endorsing them, and every ground for doing so.

The dream of the egalitarian is a world that can only be characterized as the liberty-lover’s worst nightmare.