Who Are the Real Conservatives II 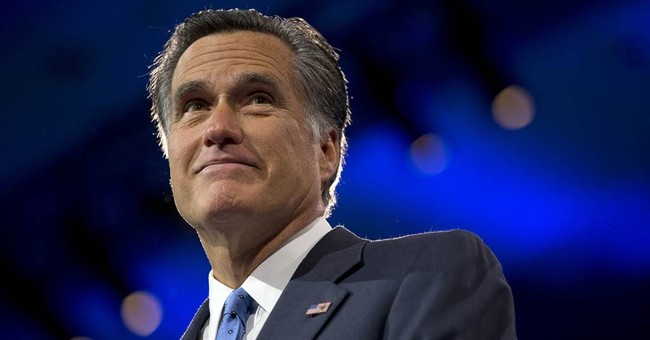 Last week, I wrote an article in which I argued that unless the Republican Party begins to take stock of the ever growing discontent among its conservative base, it will, deservedly, be a loser in perpetuity.

Among the overwhelmingly positive responses, I also received some criticisms.

(1) There’s no such thing as “the perfect” candidate.

Disenchanted conservatives are the last people who need to be reminded of the fact that perfect politicians, like perfect specimens of anything, simply aren’t to be found in this world. But so what?

While I’m unaware of them, perhaps there are some ethical traditions in the world that command their adherents to consciously select evil—even if the evil in question isn’t as evil as the alternative(s). But the ethical tradition to which most conservatives subscribe is Christianity. According to the latter, it is never, ever permissible to deliberately commit an act—any act—of evil.

Again, it isn’t “imperfection” per se that repels disenchanted conservatives, but intolerable imperfections that give rise to their repulsion. The “lesser of two evils,” being still an evil, is, obviously, intolerably imperfect. As such, it should repel decent people everywhere.

(3) By not voting for Republicans, conservatives, in effect, vote for Democrats.

To this criticism, two replies are in the coming.

First of all, when the Republicans raising this criticism are those politicians and pundits who persist in their support of just those policies, like his foreign policy, say, that resulted in our last (Republican) president leaving the office with a 30% approval rating while his nemeses assumed command of both houses of Congress and the White House, it sounds more than a bit hypocritical, for it is they who have provided their opponents with more than enough support.

Yet no one is blinder in this respect than those Republicans who endorse amnesty, a policy that is sure to establish Democrat supremacy from this point onward.

Secondly, the conservative’s decision to refrain from voting may very well result in Democrats winning elections, but he is no more blameworthy for this than is a terminal patient blameworthy for suicide who refrains from availing himself of extra-ordinary measures that will buy him just a few more weeks of life—and suffering. The patient knows that his decision to “do nothing” will hasten his death, but his intention is not to kill himself. In fact, his intention isn’t even to shorten his suffering but, rather, simply not to add to it.

The conservative who decides not to vote is in a similar situation. His country is sick. As much as some media personalities want for him to believe that there is all of the difference in the world between America’s two national parties, he knows that the only difference that has existed for far too long is that between a poison that will kill—“fundamentally transform”—his country quickly and one that will kill it not so quickly.

This is no hyperbole. Traditionally, America has been a country devoted to liberty, or “limited government,” as Republicans put it. But Big Government is the antithesis of liberty. Thus, it is the antithesis of America. The Republican Party, however, is as much committed to Big Government as is its counterpart—even if the other guys (and gals) may want even (slightly) Bigger Government.

The disenchanted conservative, then, refuses to comply with the killing of his country.

Unlike the terminally ill patient in this example, though, the conservative who sits out elections need not have given up. In fact, he remains hopeful that his decision on this front will provoke his party to reverse course. That is, he aims to restore his country to good health. Moreover, the conservative knows well that countries don’t live by politics alone, that there are many ways in which he can fight the good fight for the well-being of his homeland.

Republicans’ rhetoric is of little consequence. If Republicans don’t start governing as conservatives, as the apostles of constitutional liberty that they claim to be, then they will deservedly lose more of their base.

But then it will be these Republicans who would have basically voted for their rivals.