Who Are The Real Conservatives 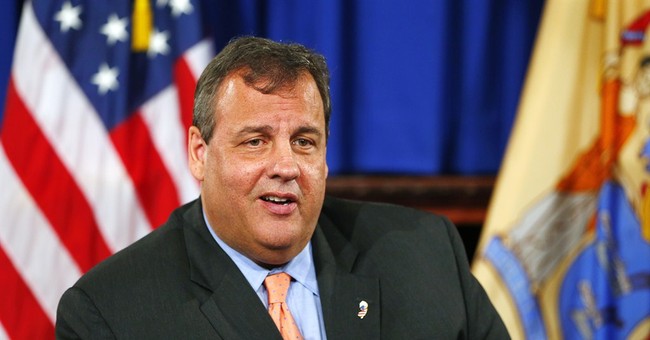 George W. Bush left the White House with an approval rating hovering around 30%. Courtesy of his tenure, and his second term specifically, by 2008 large numbers of conservatives ceased to identify themselves as “Republican,” such was their shame. At least one million of them refused to vote for John McCain. But two years before this, their enthusiasm had already begun to wane considerably, for the Democrats hammered Bush’s party, regaining control once more of both chambers of Congress. By 2012, even fewer conservatives showed up at the polls to pull the lever for Mitt Romney.

If all of this fails to convince the GOP that it is hemorrhaging its base, the party’s leaders would be well advised to look carefully at the comments’ sections of any number of “conservative” leaning publications—including those that are most friendly to the Republican Party.

The internet has been a great equalizer, the one outlet—the only outlet (sorry Fox News and talk radio)—for conservative-minded Americans to give uninhibited expression to their views. To judge from these views on race relations, immigration, and everything in between, it would seem that perhaps a revolution of sorts is beginning to brew among those whose voice has been marginalized and suppressed by the self-appointed guardians of Political Correctness—both Democrat and Republican.

Yet whether this is a real revolution or not, this much is clear: from the perspective of the great unwashed conservative masses, things are not looking too good for the Republican Party.

In the court of public, on-line opinion, Marco Rubio, for example, has been tried and convicted of traitorous conduct toward both his party and his country for his tireless support of amnesty. McCain and Lindsay Graham long ago had this verdict visited upon them, but their latest attempt to secure Democrat Party rule in perpetuity via amnesty has renewed with vigor the contempt in which legions of conservatives hold them.

But everyone knows that McCain and Graham are has-beens who’ve gone as far as they are going to go. Most troubling for the GOP is that its newest line of “conservative” stars is fizzling fast.

Paul Ryan and Chris Christie are as unpopular among the conservative base as is Rubio—and for essentially the same reason: they are viewed as “RINO’s.” What this really means, though, is that they are regarded as fake conservatives who talk the talk when they need the base of their party but dance with the Democrats at all other times.

Even Rand Paul and Ted Cruz are not above suspicion. The former has made it clear that he supports amnesty—“a pathway to citizenship”—in principle, even if he eventually refused to endorse the specifics of the Gang of Eight’s bill. As for Cruz, that he was once one of the architects of Bush II’s immigration reform plan back in 2000 is enough to raise concerns. That he hasn’t done more to lead the charge against the Gang of Eight’s bill compounds those concerns. Lip service is one thing. Going to the mat against amnesty in the manner in which Rubio and his gang have gone to the mat in favor of it is something else entirely.

The point is this: unless the Republican Party poses a genuine alternative to what the Democrats are offering, its base will continue to erode. The formalities of its platform aside, it has shown itself time and time again to be, at best, but a lighter version—and only a slightly lighter version at that—of its rival.

Amnesty is guaranteed to consign the Republican Party to oblivion. It also promises to expedite the left’s agenda to “fundamentally transform” America. Far from being just one more policy among others, nothing less than the fate of our country depends upon it. Why, then, should any conservative vote for a party that wants amnesty?

Yet it isn’t just amnesty that is dampening conservatives’ spirits. While championing “limited government” out of one side of their mouths, Republicans actively encourage anything but the “humble” foreign policy that Bush II claimed to want back in 2000. But Big Military is Big Government. Moreover, Americans of all stripes believe that the American soldier, being an American soldier, and not a soldier of Planet Earth, shouldn’t be deployed around the globe to fight for the sake of some abstract ideal like freedom, equality, or Democracy.

If the party of “limited government” wants to be treated seriously by both their one-time friends and foes, it has got to radically revise its stance on Big Military.

The GOP has some major soul searching to do. Unless it does so soon, its base will continue to shrink. Anyone with any doubts on this score will have them dispelled quickly enough by the most casual perusal of what conservatives are saying at any number of places on-line.