Jackie Gingrich Cushman
|
Posted: Jul 29, 2021 12:01 AM
Share   Tweet
The opinions expressed by columnists are their own and do not necessarily represent the views of Townhall.com. 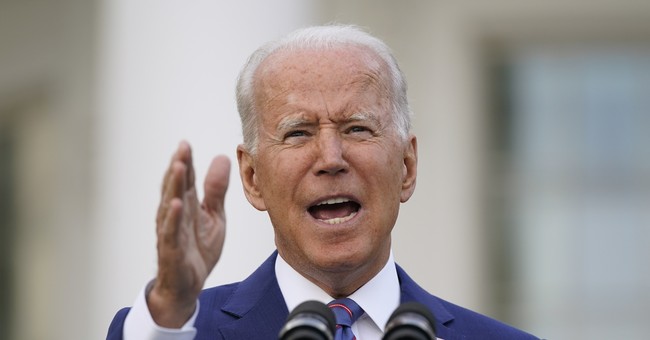 Government legislative titles often sound fantastic; certainly, there is a branding guru in charge of naming potential legislation something that appeals to the masses.

But the titles don't always fairly describe the legislation they are attached to. To translate these grand sounding legislative titles into normal English, you must employ a healthy dose of skepticism and be able to translate Orwellian doublespeak into everyday language.

To do that, all of us should bring some skepticism to the table. Skeptics begin by questioning those who put forth any given argument or idea and think about what may be in it for them. To do that, skeptics must think independently and resist going along with the crowd. Let's take two legislative efforts currently under consideration: the so-called Sensible Taxation and Equity Promotion Act and President Joe Biden's American Families Plan.

These brilliantly named bills hide the fact that they are designed to pull money out of the private sector and pour it into government coffers. These bills claim to make taxation sensible and equitable, but the question should be to whom. The answer: the government itself. It makes more sense to government officials to collect more money, even if it means taxing money from unrealized gains in value. This would force families to sell small businesses and farms and pull invested money out of the private sector, where it is generating more value, and hand it over to the government, which will not only redistribute it but waste it.

Let's look at some recent data on how the government is doing with your money. The General Accountability Office reports that nearly 10% of unemployment payments were improper in 2019. This means that more than $2.6 billion were spent incorrectly. But it gets worse. From March 2020 to April 2021, the overpayment was $12.9 billion, according to GAO. And, by the time all the accounting is complete, this figure will more than double, according to the Labor Department, which estimates that $26 billion of the CARES unemployment distribution will be found to have been incorrectly spent.

Such exemplary performance should, of course, be rewarded by giving the government even more money to waste. Since we only have one government in our country, it is a monopoly. That simple fact represents the root of the problem.

"Because it is a monopoly, government brings inefficiency and stagnation to most things it runs; government agencies pursue the inflation of their budgets rather than the service of their customers; pressure groups form an unholy alliance with agencies to extract more money from taxpayers for their members," Matt Ridley wrote in his book, "The Rational Optimist: How Prosperity Evolves." "Yet despite all this, most clever people still call for government to run more things and assume that if it did so, it would somehow be more perfect, more selfless, next time."

According to a report issued this week by Regional Economic Models, a non-partisan economic modeling firm, the STEP Act and President Biden's American Families Plan would adversely affect our economy. The titles might sound good, but those titles are unlikely to accurately describe what they will accomplish.

"Our analysis of the STEP Act proposals to repeal the step-up in basis at death, make death a tax realization event, and increase the tax liability of trusts under the Biden Administration's proposed 39.6% top capital gains tax rate (plus the existing 3.8% net investment income tax) shows significant negative impacts on the national economy," said Peter Evangelakis, Ph.D., vice president of economics and consulting at REMI. "We find close to one million annual job losses, 10-year decreases in economic output and GDP of about $2 trillion and $1 trillion respectively, declines of over $600 billion and $6 billion respectively in private investment and R&D spending, and about $1 trillion in foregone personal income, or up to $10,000 per household."

We need to not only defeat these legislate acts, but more importantly, we need to heighten our skepticism, especially when the government says there are here to help.