Do Something Unusual: Be for Bipartisan Actions

Jackie Gingrich Cushman
|
Posted: Apr 22, 2021 12:01 AM
Share   Tweet
The opinions expressed by columnists are their own and do not necessarily represent the views of Townhall.com. 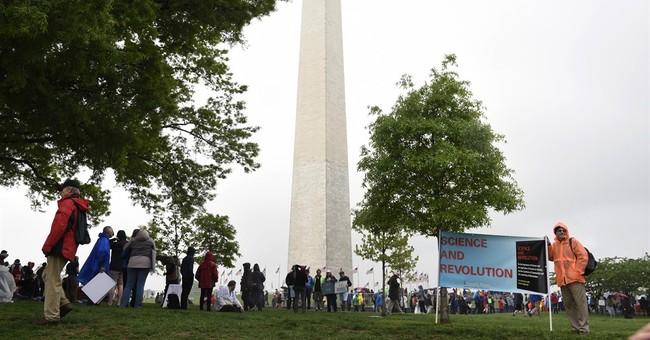 The never-ending media outrage machine is undoubtedly focusing on the next soon-to-be crisis and amplifying anything that could possibly pit one of us against the other. Outrage drives ratings, but it also drives people apart. I've been focusing instead on causes that bring people together. Since this week we celebrate Earth Day, I want to focus on my love of nature.

For years, I thought my love of nature was due to the time I spent outdoors with my family in elementary school. When I was a child, my father (former Speaker of the House Newt Gingrich) was an environmental studies professor at West Georgia College in Carrollton. Our family of four often hiked, canoed and camped in the Okefenokee Swamp as part of my father's college student field trips.

But recently I came across photographs that lead me to believe my love of nature came even earlier. I was born in New Orleans, where my father was a graduate student at Tulane University; the earliest photos of our family were taken at Audubon Park, which was within walking distance of our duplex apartment. It is about 350 acres and was originally a plantation. It now houses a zoo, sports facilities and a variety of wildlife. It is a refuge from the surrounding urban jungle: a place to walk, play or simply sit and be still while enjoying God's creation.

In 1971, our family spent the second Earth Day picking up trash from the side of a road. By this time, we had moved to rural Georgia. What I remember from that day were bags and bags of trash, including a toilet seat.

One of my earliest memories is of the "Keep America Beautiful" commercial, which was produced for the first Earth Day. It portrayed what appeared to be an American Indian crying over the pollution that littered our country. Later, we found out that the actor was neither an Indian nor was he really crying. But his message was real: We should take care of the land that we inhabit.

While many might view this belief as liberal, I believe it's biblical. If you believe that God created the Earth (which I do) and you believe that humans were entrusted to take care of God's creation (which I also believe), then the question of how we should interact with the environment becomes a question of stewardship. How do we best take care of the Earth, which was given to us by God?

If we take on this challenge of stewardship, we have to think about the best approach. When you are faced with a problem, how do you solve it? Do you solve it by subtracting and controlling or by adding and incentivizing? Does the approach matter? I think it does. While it's human nature to attempt to control, this can lead to limiting options, limiting actions and negative results. Incentivizing and building on positive actions tends to provide us with more options, energy and possibilities and better results.

So, what does this mean for our environmental focus? Democrats are currently pushing a Green New Deal that pushes government control as the solution. From the Democrats' perspective, government is going to solve all our problems.

"I understand the intellectual appeal of government control but recognize that it contains two key flaws," I wrote in my recent book, "Our Broken America: Why Both Sides Need to Stop Ranting and Start Listening." The flaws: "(1) Government is neither efficient nor effective; and (2) When government attempts to overcome its inefficiencies, it does so by taking away people's freedoms."

For myself, I focus on what I can do to assist in saving God's creation through community involvement and nonprofit organizations. I've served for years on the Georgia advisory council of the Trust for Public Land, which saves land for people. Its projects include the Martin Luther King, Jr. National Historic Park, the Rodney Cook Sr. Park at Historic Vine City, the Atlanta BeltLine and the Chattahoochee River Program. We believe that parks unite people and that all people need to have a place to play outside.

However, occasionally, even politicians will join forces. Just last month, Rep. Nanette Barragán, D-Calif.; Rep. Michael Turner, R-Ohio; and Rep. Joe Neguse, D-Colo., introduced the Parks, Jobs, and Equity Act in the U.S. House of Representatives. This act creates a one-time, $500 million fund to be used by cities to invest in parks. If you feel called to do something unusual, then join me in being for something bipartisan -- like parks for people.